Home/ To see and do/ Active Tourism and Nature/ Cycle Tourism 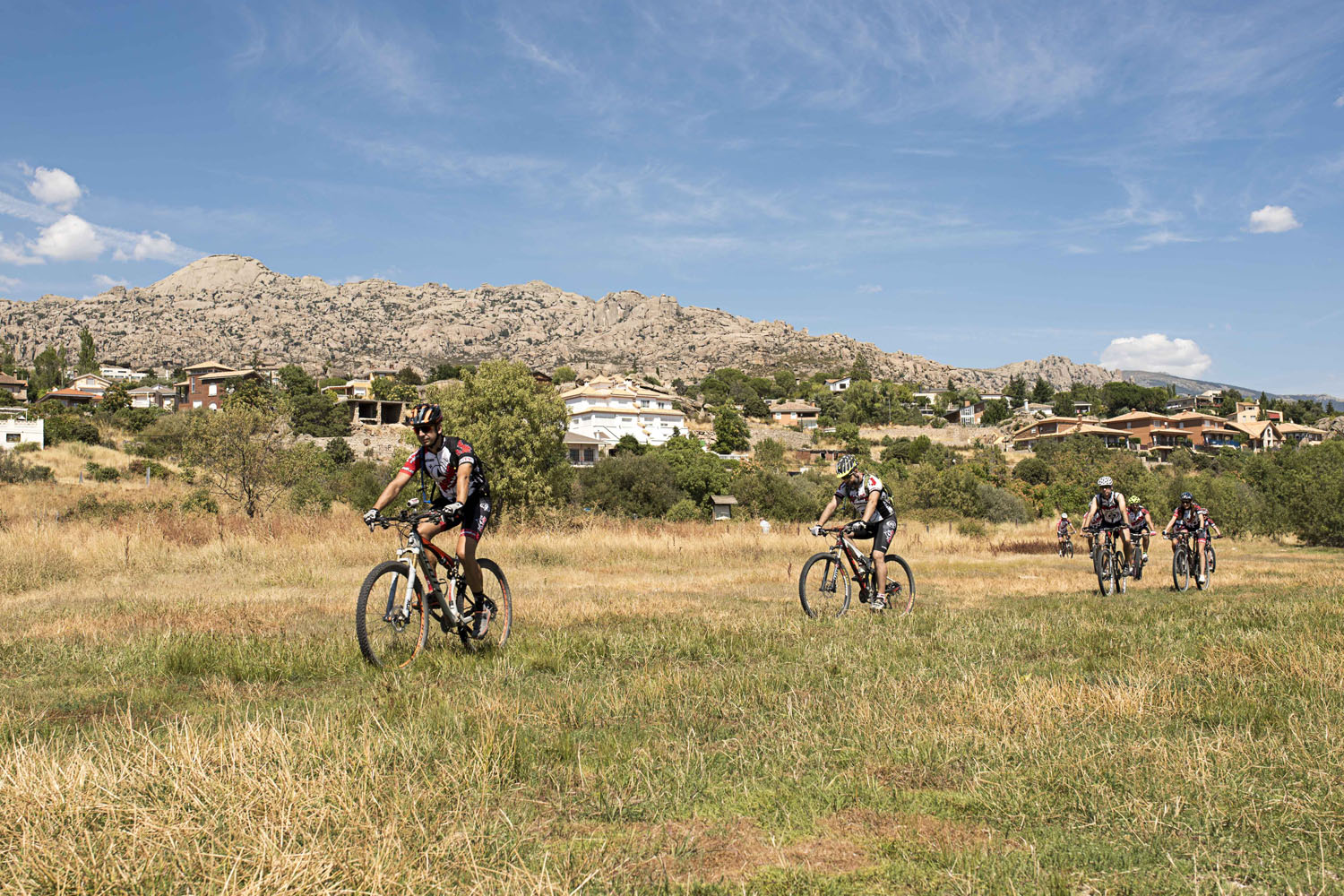 The bicycle is trendy. It is a good way to enjoy the Nature of the Region of Madrid alone, with friends or family in a healthy way. If you want to discover one of the best available tours, keep reading and enjoy.

There are many routes for practice cycle-tourism through natural areas and municipalities of our Region. Besides the existing cycle paths, some routes are interesting to follow, such as the Vias Verdes (Green Routes), former abandoned railroads and the route of Madrid to Santiago de Compostela.

There are also many event companies that offer guided tours by bike in Madrid. Come and take a bike!

From the Arganda del Rey metro station until Morata de Tajuña, the route runs over the meadows of the Ambite River landscapes. This Green route is distinctive due to its red concrete. During the tour you can visit the Railway Museum of Arganda or the Troglodyte Caves Palacio de Ambite.

The route begins in Móstoles and finishes in a pronounced slope with ballast until the bridge over the Guadarrama River, although you can continue until Navalcarnero following the old railroad in a non-signalized and non-conditioned section. Stop by the Church of the Assumption of Móstoles or visit Navalcarnero to complete your sportive day.

Through the old railroad that connected Villacañas and Torrejón de Ardoz during the war, as an emergency measurement to break the siege on Madrid. It has been only refurbished the section between Carabaña and Estremera, with hard slopes between Aljezares, olive groves and crops. The part that runs through Orusco until Torrejón has not been adapted and you must cross tunnels without light. Green

Route of the Gasoline (3 km)

It is an urban walk inside Madrid that connects Barajas with Alameda de Osuna, with a cycle path, surrounded by green areas and trees suitable for all members of the family. The tour finishes in El Capricho Park, one of the most unusual corners of the capital.

The Way to Santiago from Madrid (652 km)

The Way of Saint James from Madrid connects the French one in Sahagún (León). If you travel by bike through the part of the path in Madrid, you will have to leave the Capital in Fuencarral, Colmenar Viejo direction (sharing the road with the cycle path of the Colmenar road). From Colmenar, the path deviates to the Guadarrama Range (Manzanares el Real, Navacerrada, Cercedilla) leaving the Region of Madrid direction to Segovia, crossing the Fuenfría Port.

The circuit has more than 64 kilometers and encircles the city of Madrid. It runs through places like Casa de Campo, El Pardo, Parque Juan Carlos I, the Olimpic Stadium and it is connected with the cycle path of Colmenar Viejo.