Home/ To see and do/ Culture/ Castles 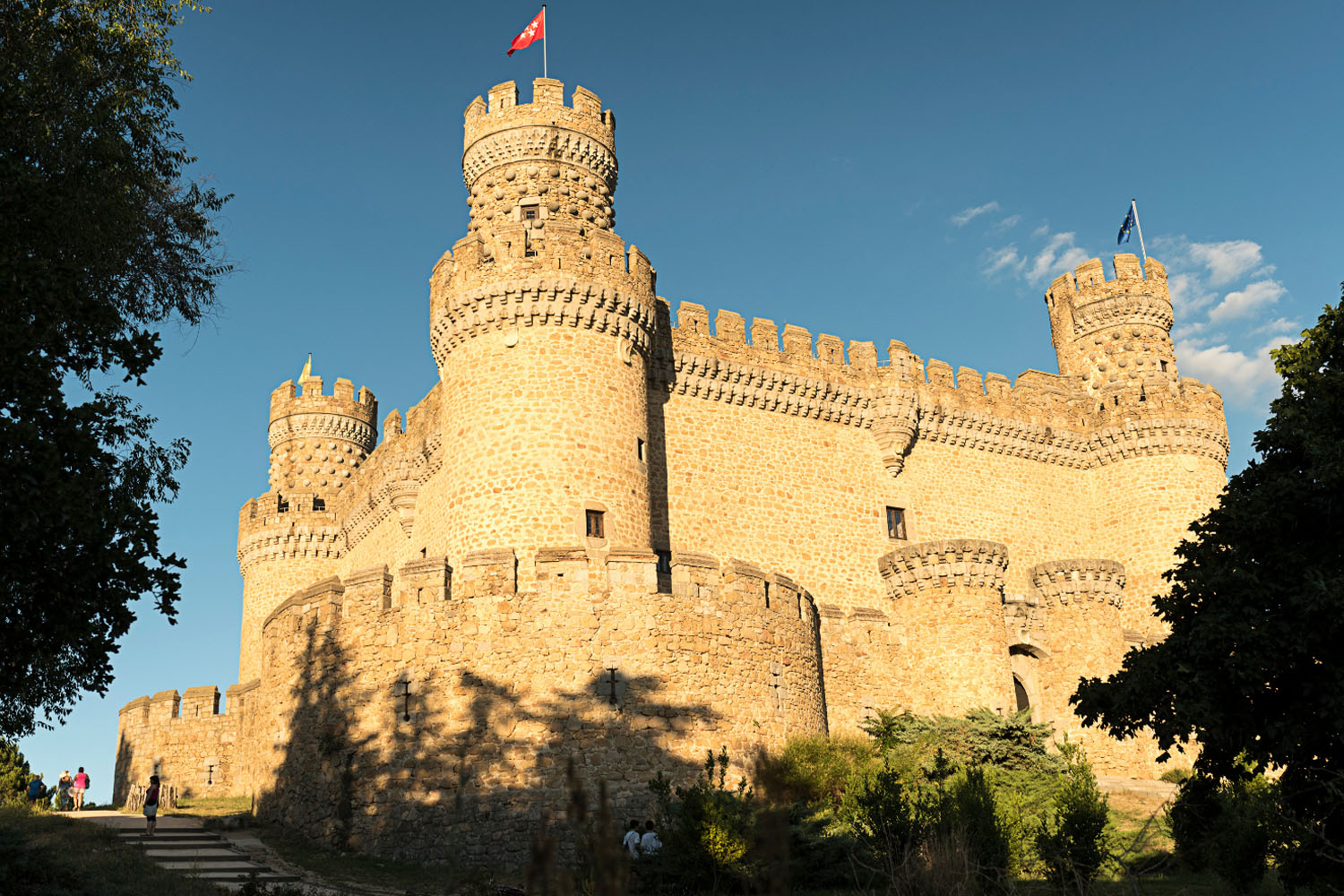 Our tour will take you from North to South and from East to West. You will visit places such as Manzanares del Real, whose castle was host of the proclamation of the Statute of Autonomy of Madrid, the Buitrago castle with its walled enclosure, the Batres castle among many others. Each has its own history. Join us and discover some of their secrets!

Manzanares El Real, where the community of Madrid was founded

In the national Park of the Guadarrama mountain range, at the gates of la Pedriza, lays the Castillo de Manzanares el Real, the best preserved of the community of Madrid, in a place with lots of history, heritage and culture, declared a historic-artistic monument in 1931.

A castle whose history goes back to the reconquest, when the area was in conflict between the Lords of Segovia and Madrid. After the mediation of Alfonso X, the control of the Crown was passed on to him and was named "El Real de Manzanares". At the end of the 14th century the Royal of Manzanares passed into the hands of Mendoza, which enjoyed its maximum splendour during the following two centuries. 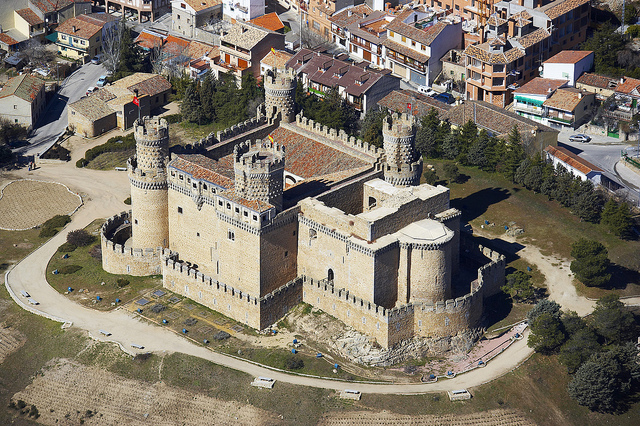 Manzanares does not only have one castle, but two. Both have a very similar structure with three towers of the same size and a higher one that is the keep tower. The difference between the two is the aim which they were built for; the oldest for defence and the newest as a residence.

There are some remains of the old castle (14th century) protected on the outskirts of Manzanares el Real (today there are two walls standing). The new Castle began to be built in 1475, over a chapel that still today is kept upright.

It is noted for its Gothic Gallery on the first floor, considered to be the most beautiful in Spain. Also worthwhile is its impressive floor, its windows on semicircular arches, isabelian styled tower decorations, low relief inscriptions with the Holy Sepulchre of Jerusalem... The best alternative is that you see it for yourself with a visit.

At the present moment it still belongs to the Duke of Infantado, who gave it to the community of Madrid for its management. The carried out restoration processes have allowed its current state to be excellent.

Did you know that in 1982 the site was chosen for the celebration of the Act of Constitution of the Madrid Assembly?

What you can do in the Castillo de Manzanares 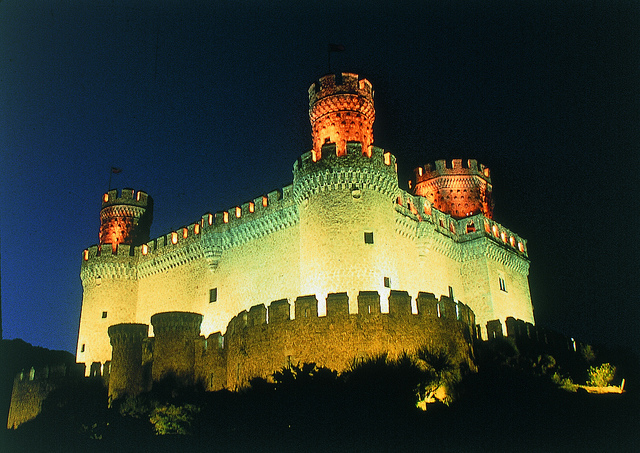 The interior of the Castle there has been created an interpretation centre that consists of a permanent exhibition of didactic character, which explains the history, construction and current conservation. It also transports us to the customs of the Middle Ages, the time of greatest splendor of the fortress.

Within the permanent display you may enjoy the permanent exhibition of tapestries, paintings, armour and furniture (16th – 19th centuries) located in thematic areas of the interior of the Castle. If you want a different tour, you have dramatized tours, which tell you the history and anecdotes of the Castle.

The Castle agenda is filled throughout the year with various seasonal exhibitions and activities: Environmental Conference, of old fencing, the historical cinema during the summer, concerts of Chamber music within the Classics in Summer program or the celebration of the Constitution.

Don't miss the medieval weekend, which is a retrospective of the middle ages, with a wide variety of activities and a Medieval market.

Buitrago de Lozoya, the fortress on the river 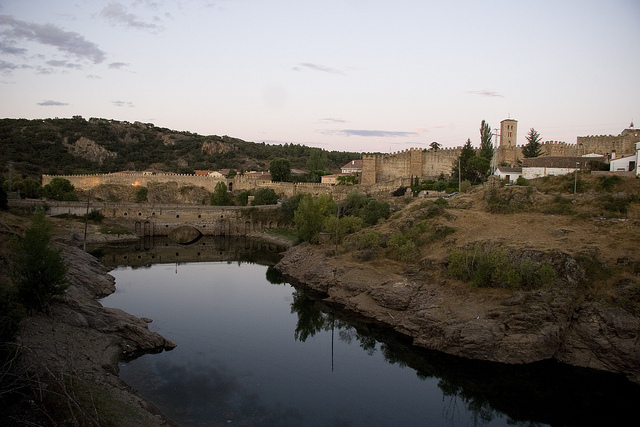 This fortress is located in the North of the community of Madrid in the walled complex of Buitrago del Lozoya. It stands on the river forming a genuine fortress for defensive purposes at the time of the reconquest. Linked to the walled enclosure, the Castle is home to a multitude of activities that take place in this Villa of the community of Madrid. It was declared a national monument in 1931 and subsequently artistic-historic Ensemble and a place of cultural interest.

The current construction is dated between the 14th and 15th centuries, probably on the remains of a former fortress. Its architectural style is mudejar and its floor, almost square, is about 45 meters side, making a natural border with the river.

In this fortress, important characters of the Castilian and Spanish monarchy resided here, such as Juana "La Beltraneja" and her mother or Felipe III.

The interior of the castle is used for the Organization of cultural events that you can't miss in this unique environment. Exhibitions, dramatized tours, Festival of early Classical music Marqués de Santillana or a medieval fair in a space that adds to the medieval environment. 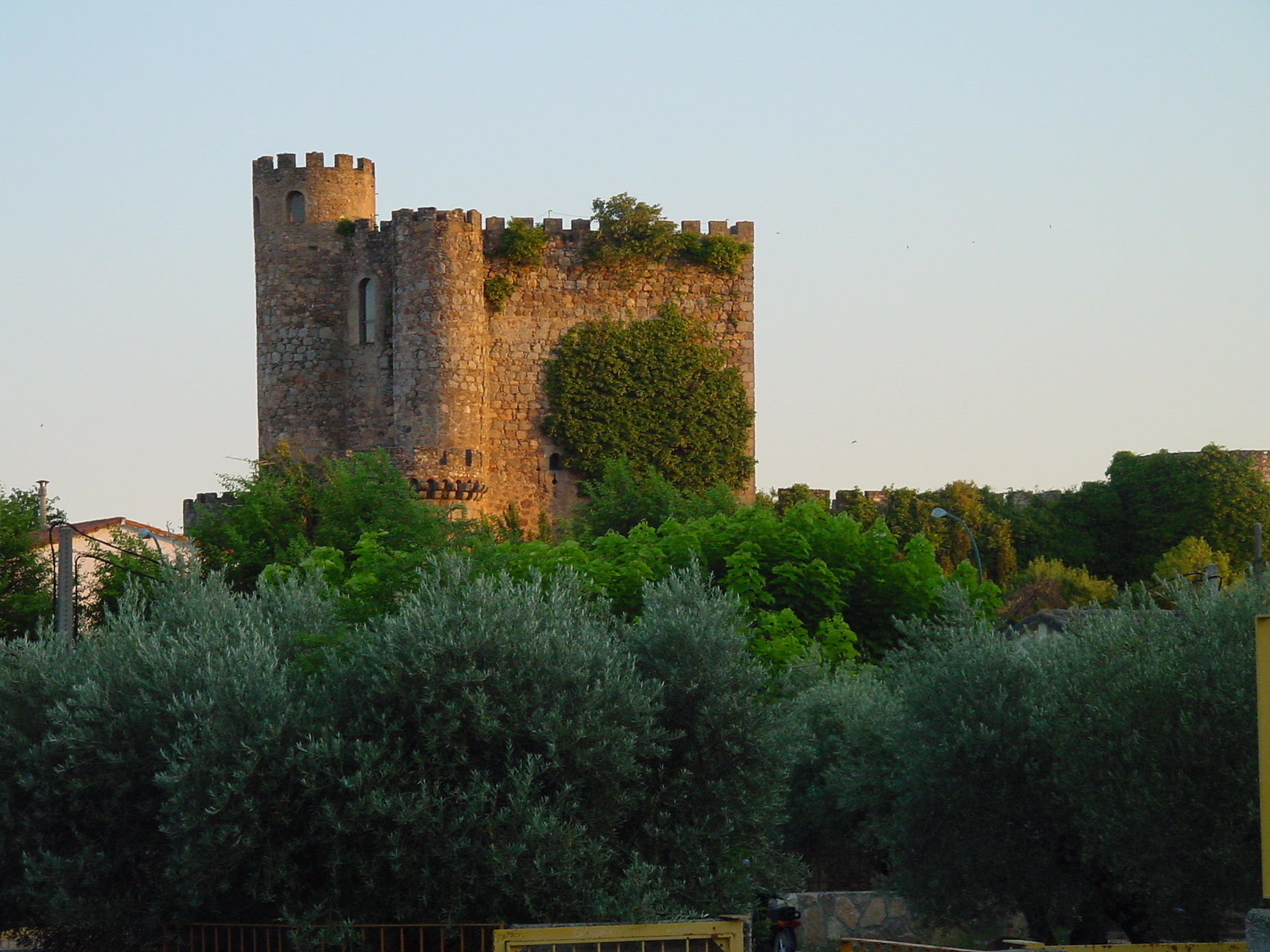 In the South-West of the community, on the border with the provinces of Toledo and Ávila, San Martín de Valdeiglesias is located on the banks of the alberche River.

In 1434, Álvaro de Luna bought the lordship of Valdeiglesias ordered to build the castle of the Coracera.

Its most famous episode was having served as residence for Isabel La Católica when she was proclaimed heiress of Castilla. The building has a square floor with three cylindrical towers at each corner and a fourth, the keep tower that stands out due to its large size.

Within the building, there is the Tourist Office of San Martín de Valdeiglesias and its region and other units around the Patio de Armas, amongst which we can highlight the Chapel and the Winery. There is also a wine cellar that is home to the Consejo Regulador of The Denomination of Origin Wines of Madrid, where you may taste some of them.

Throughout the year there are numerous activities. If you want, you can rent the facilities for events and feel transported into the middle ages. 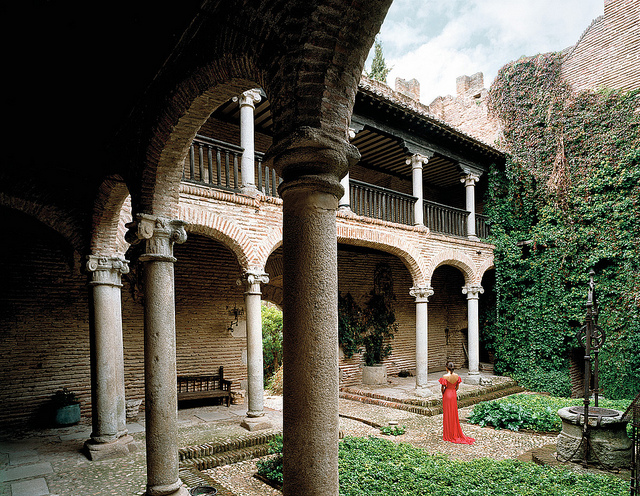 Built on fired clay over a stoned base, in the 15th and 16th centuries, it is one of the best preserved castles of the community, declared a historic-artistic site in 1970. Special emphasis has to be placed on the keep tower, 25 meters high, and its balconies of wrought iron.

Originally it was owned by the Lords of Batres, and so it keeps a curious story: at the end of the 15th century, the sixth Lady of Batres, Sancha de Guzmán, was pressed by the one and only Fernando the Catholic into marrying the corageous Captain Garcilaso de la Vega. The famous poet came from this marriage.

The Castle of the counts of Chinchón 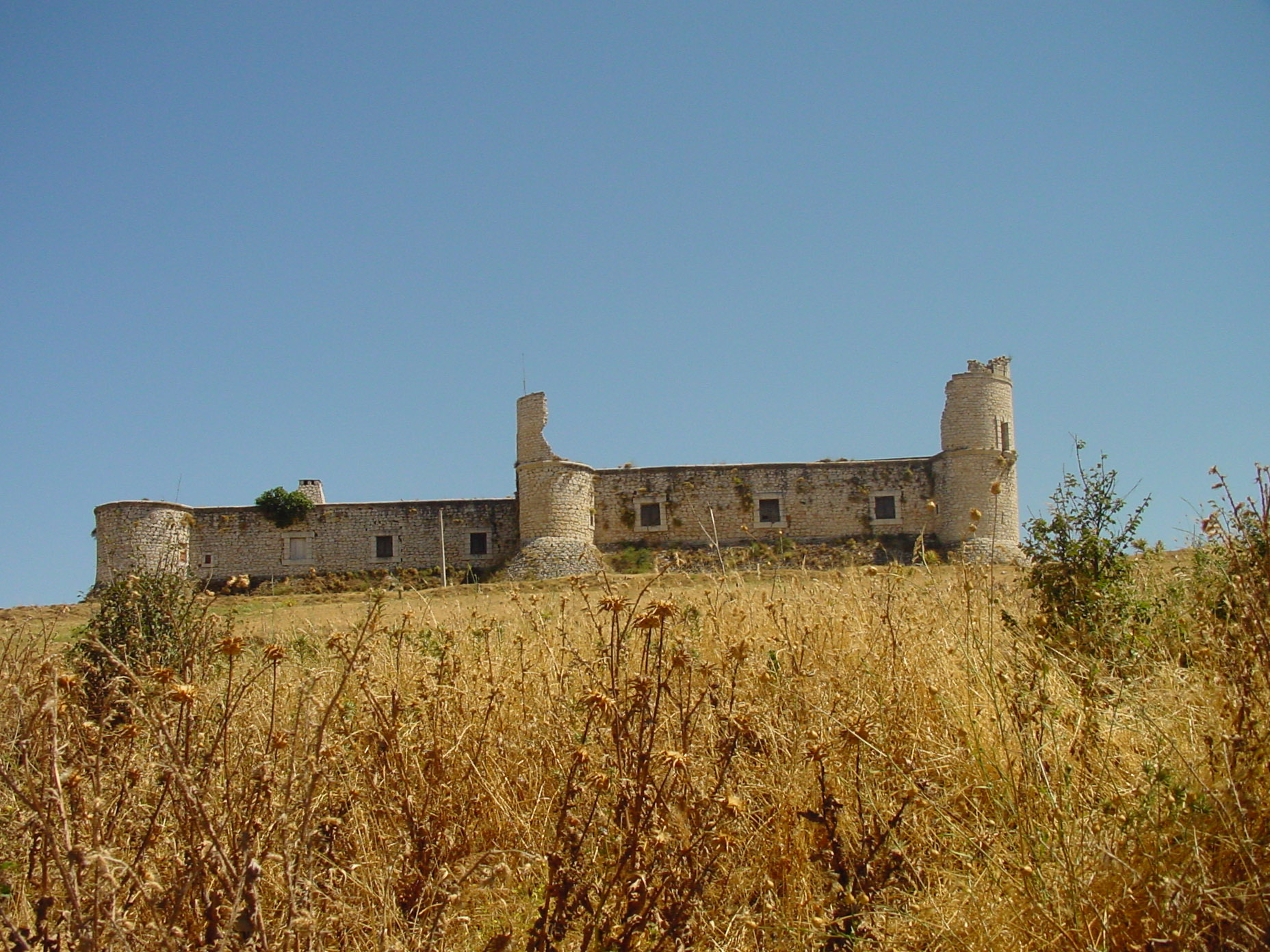 In the Villa de Chinchón we can find a Castle who has witnessed the history of this important Villa of Madrid.

The castle was built as a residence and ostentation of the new Lords of Chinchón, by the end of the 15th century. The fortress lived a great movement during the 1521 riots.

The Castle has two rectangular bodies which corners are completed into towers. The galleries are distributed between the walls and the central courtyard. If you visit, you will also see the moat that is still preserved.

In the quiet village of Villaviciosa de Odón, a Castle was built around 1496, by order of the Marquis of Moya to protect the defensive line splitting from the Amblés Valley to the Paradera mountain range. Decades later, in 1520, it was destroyed by the Communards, being rebuilt years later. 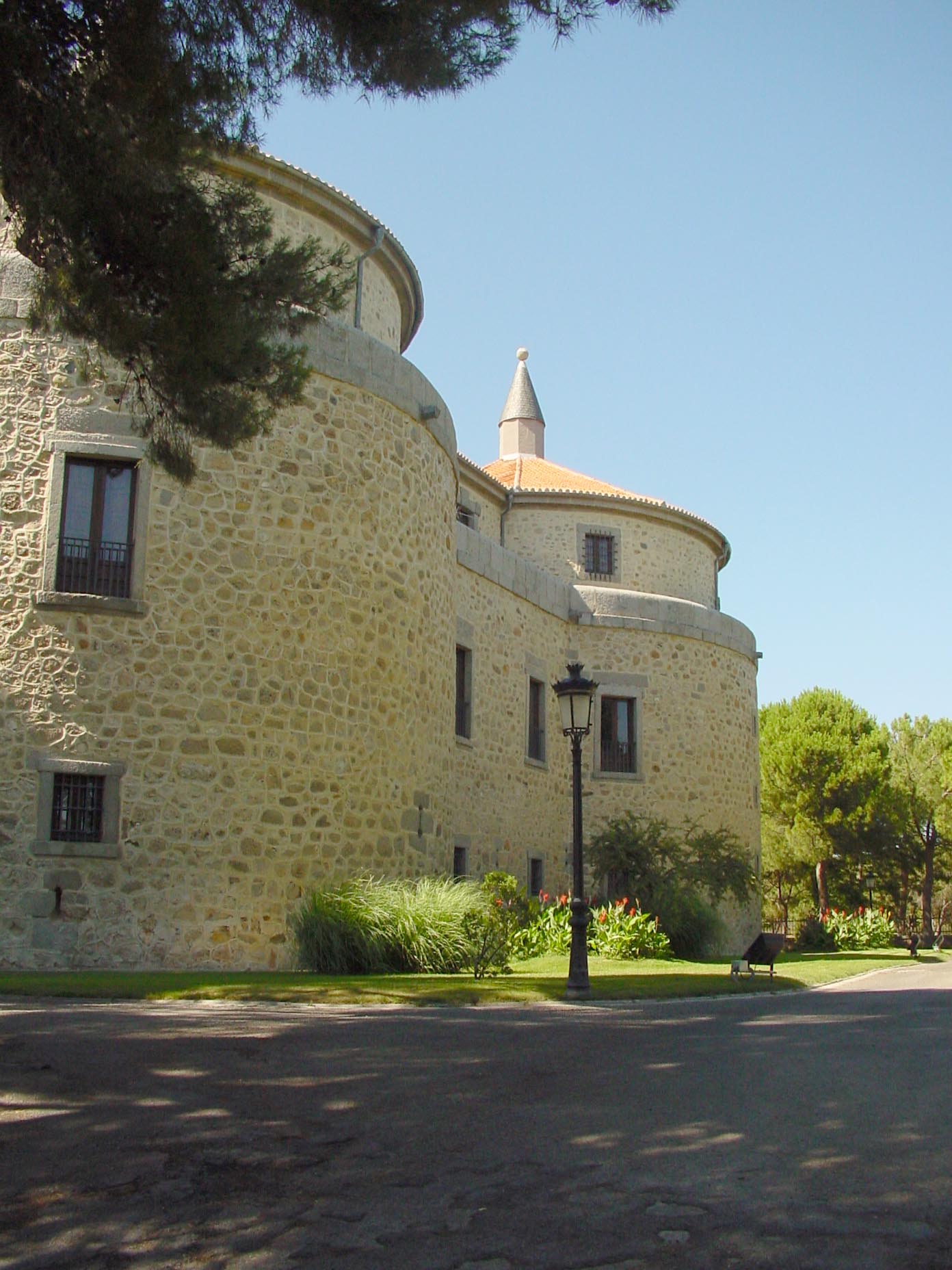 The venue hosted illustrious figures such as the counts of Chinchón, Fernando VI or Godoy.

Currently, it headquarters the historical archive of the airforce. 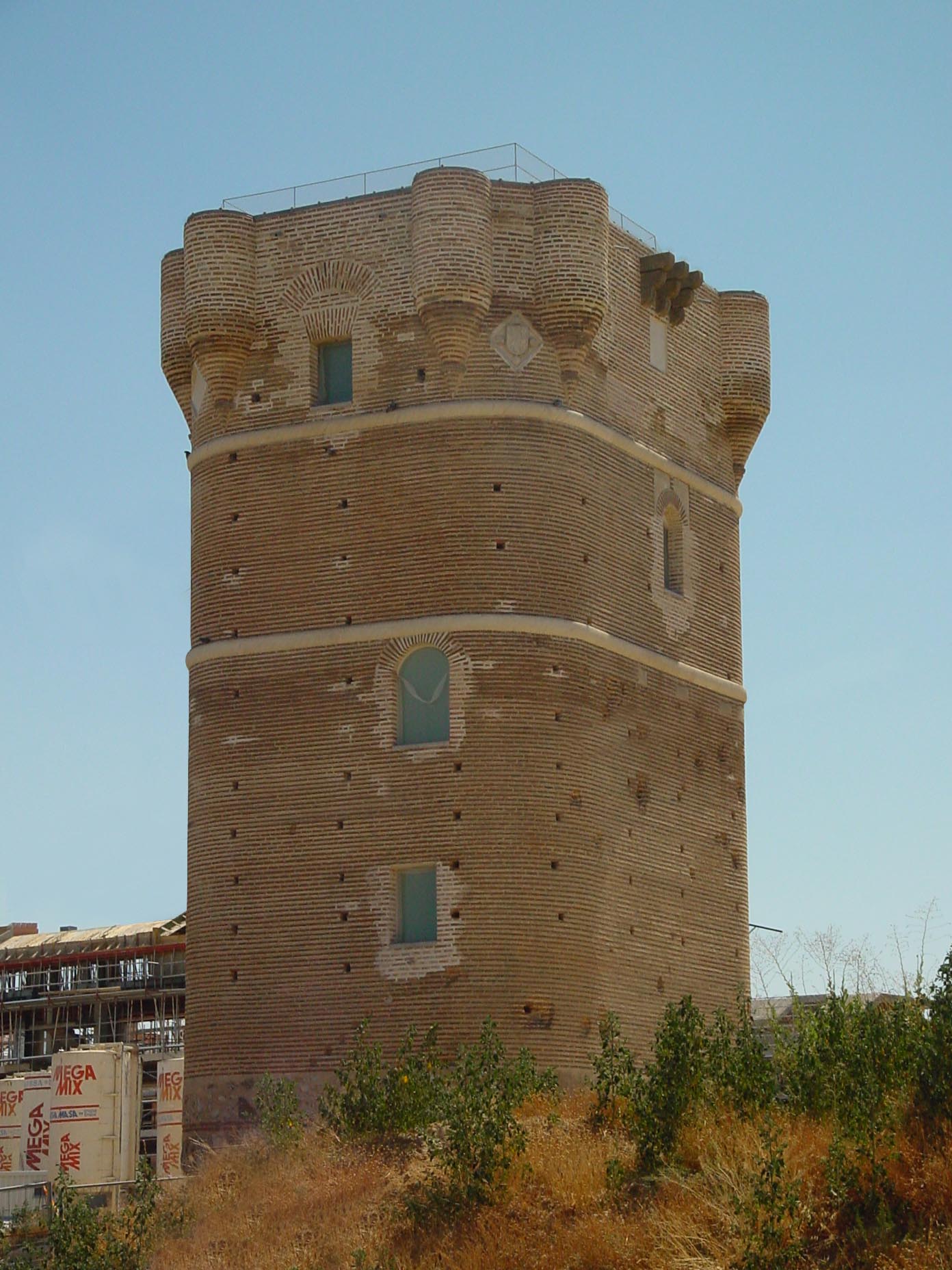 In the length and width of the community of Madrid, there are a number of castles and forts that are worthwhile. Either way, excursion, a romantic getaway or family, we encourage you to visit them.

In the southeast of Madrid, at Santorcaz, there are the ruins of the Torremocha Castle. It was built in the 14th century on a former Castle, giving thus a variety of styles in its interior. The Castle has been used as a palatial Archbishop's residence and a jail, which was home to illustrious people such as the Princess of Eboli or Cardinal Cisneros.

Arroyomolinos Tower provides a traditional and historical touch to this modern municipality. This vantage point includes the shields of the Lords who ordered its construction in the 14th century. 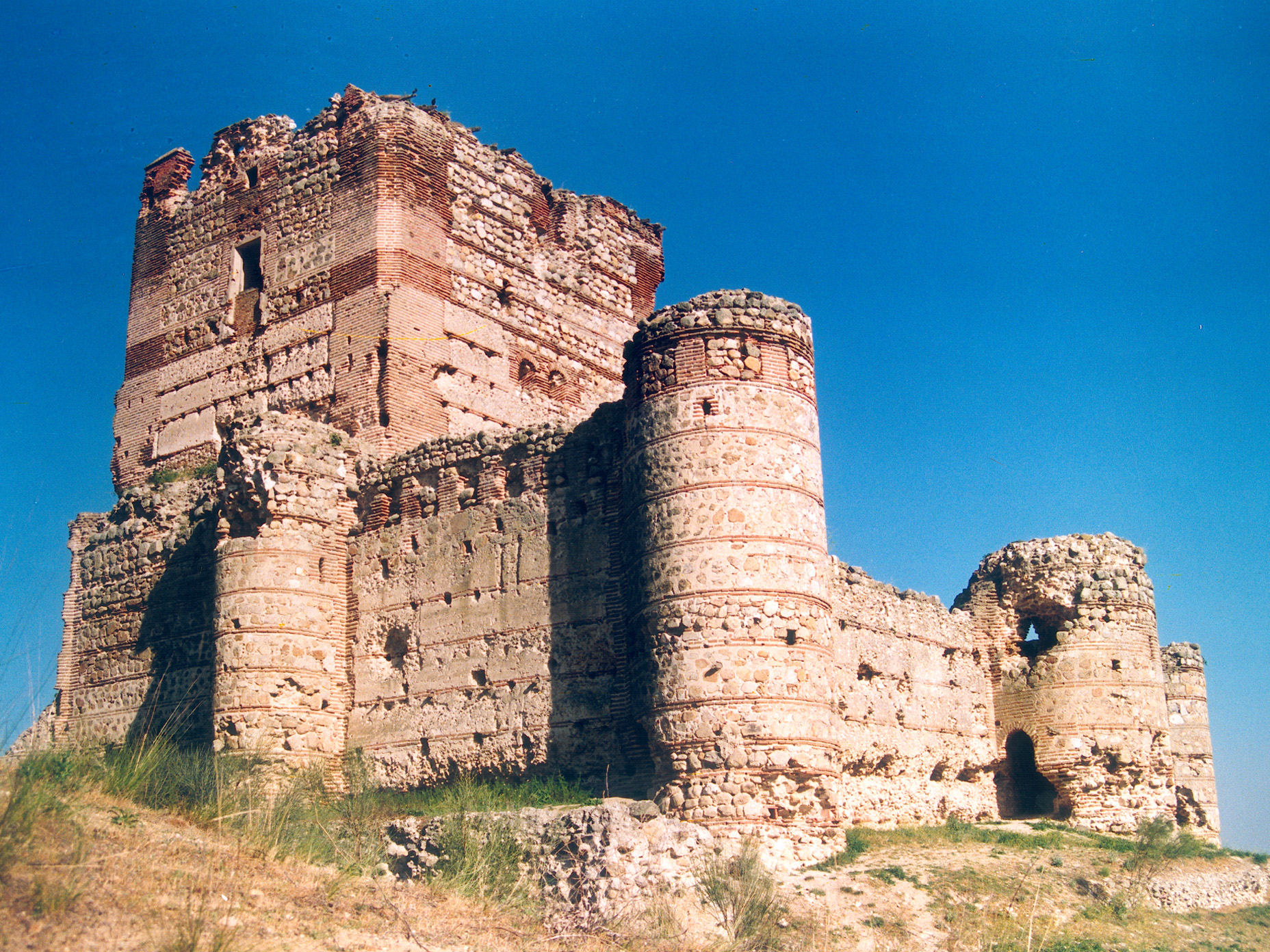 Castle of Aulencia or Villafranca is situated in Villanueva de la Cañada. A small castle of Arab origin with six round towers and one of the Homenaje. It has several floors, but currently only the ground floor is accessible. The Castillo de Aulencia witnessed first row the battle of Brunete in the Spanish Civil War.

The Tower of Éboli in Pinto was built during the 14th century, it was a palatial residence and a prison. As a criminal, he was the first destination of the Princess of Éboli after her arrest being ordered in 1579. Built with a striking white stone measures about 10 meters wide by 30 meters high. 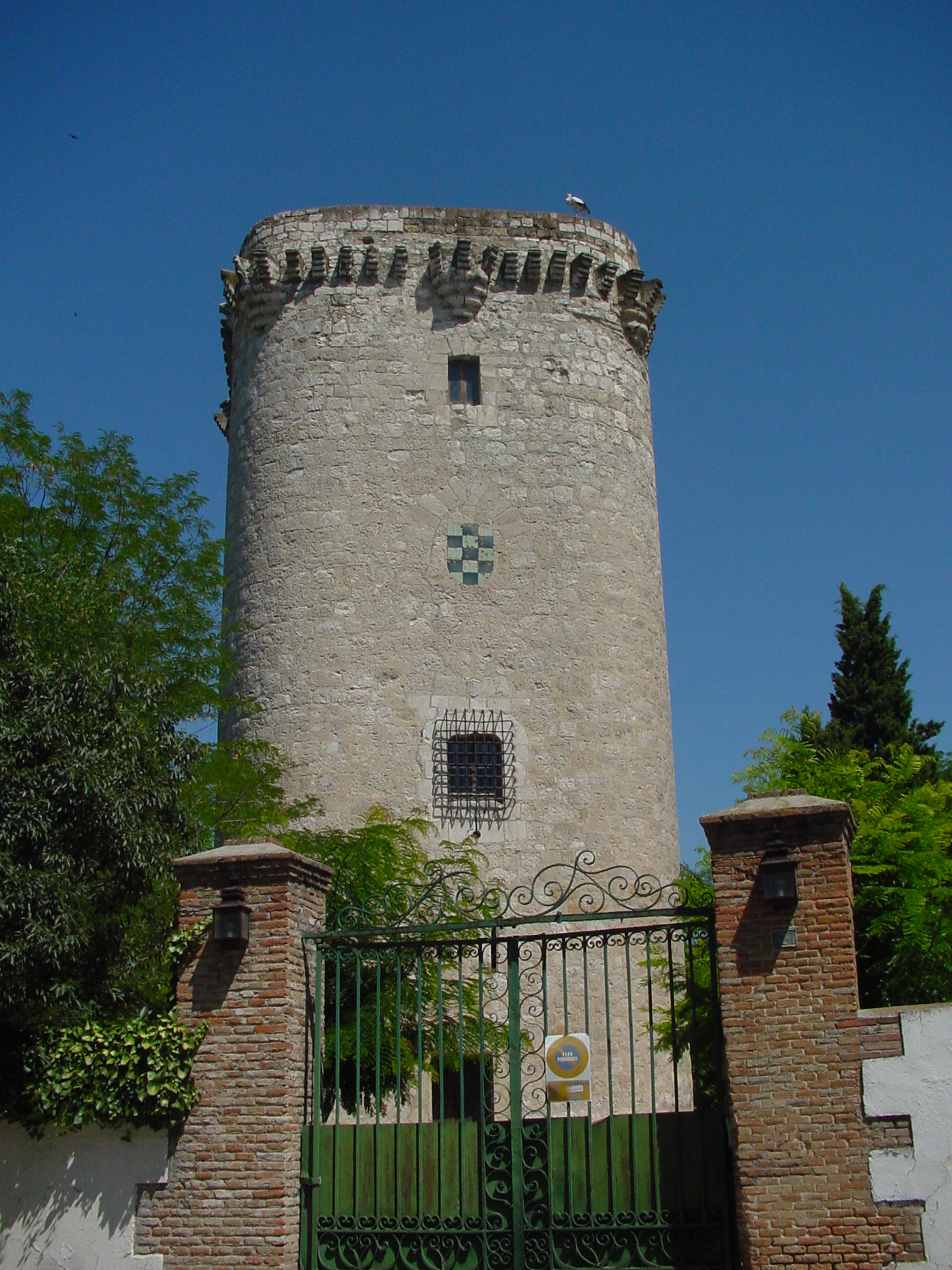 In Torrejón de Velasco there is a small dimensions castle with nine towers plus one major keep tower which now is semi-destroyed.

The Castle of Villarejo de Salvanés was built during the reconquest, it was headquarter of the Special Court of Military headquarters, in which the famous hero "El empecinado" was refugee. Fortunately, the tower of the Homenage tower has been preserved up to our days.

Castle of the Fuentidueña de Tajo, built during the period of Muslim domination, still retains one of the walls and part of the two towers.

Temporary Exhibitions in your town