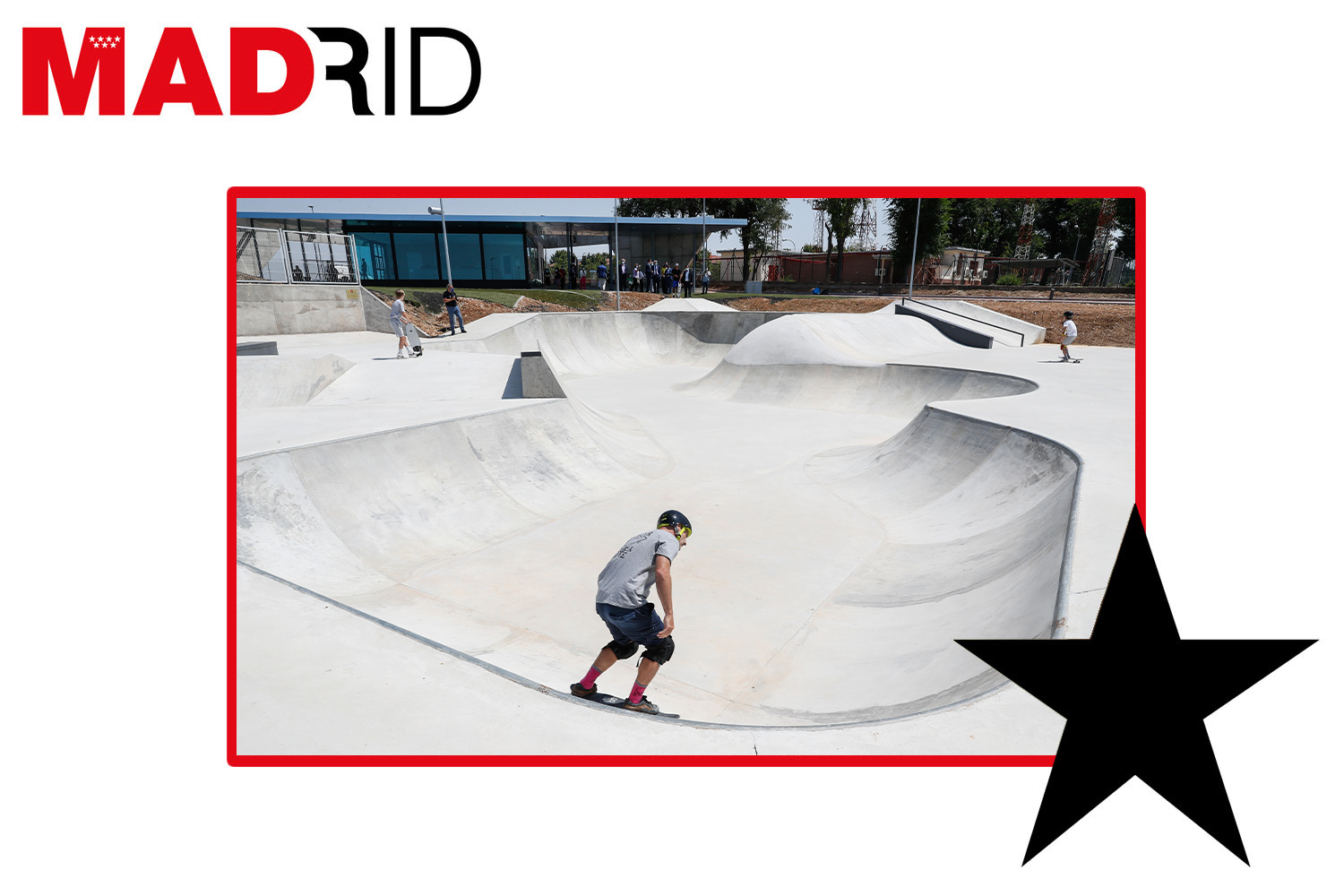 The park, open to the public since July 22, has an area of 880 square meters dedicated to the practice of skateboarding, a discipline whose popularity and number of young fans in the world is growing steadily, having become part of urban culture and even debuting in the Tokyo Olympic Games.

This skatepark is named after Ignacio Echeverría, in memory of the young man from Madrid who lost his life during London bombings in 2017. The so-called ''skateboard hero'' who was also a 'skateboarder', a fan of skateboarding.

The skate track is composed of a central two-zone tub and a three-level area, and features 'street' elements so that they can be used both by those who are just starting out and the most experienced skateboarders. The shape of the tub is broken to be able to do the so-called 'hips', jumps, flips, spins and different tricks in the air.

The 'pump track', measuring 55 by 15 meters, has a horizontal shape with potholes and bankings to practice all kinds of professional exercises.

Dare to try a park thought to fit all ages and levels and enjoy the magic of skateboarding!