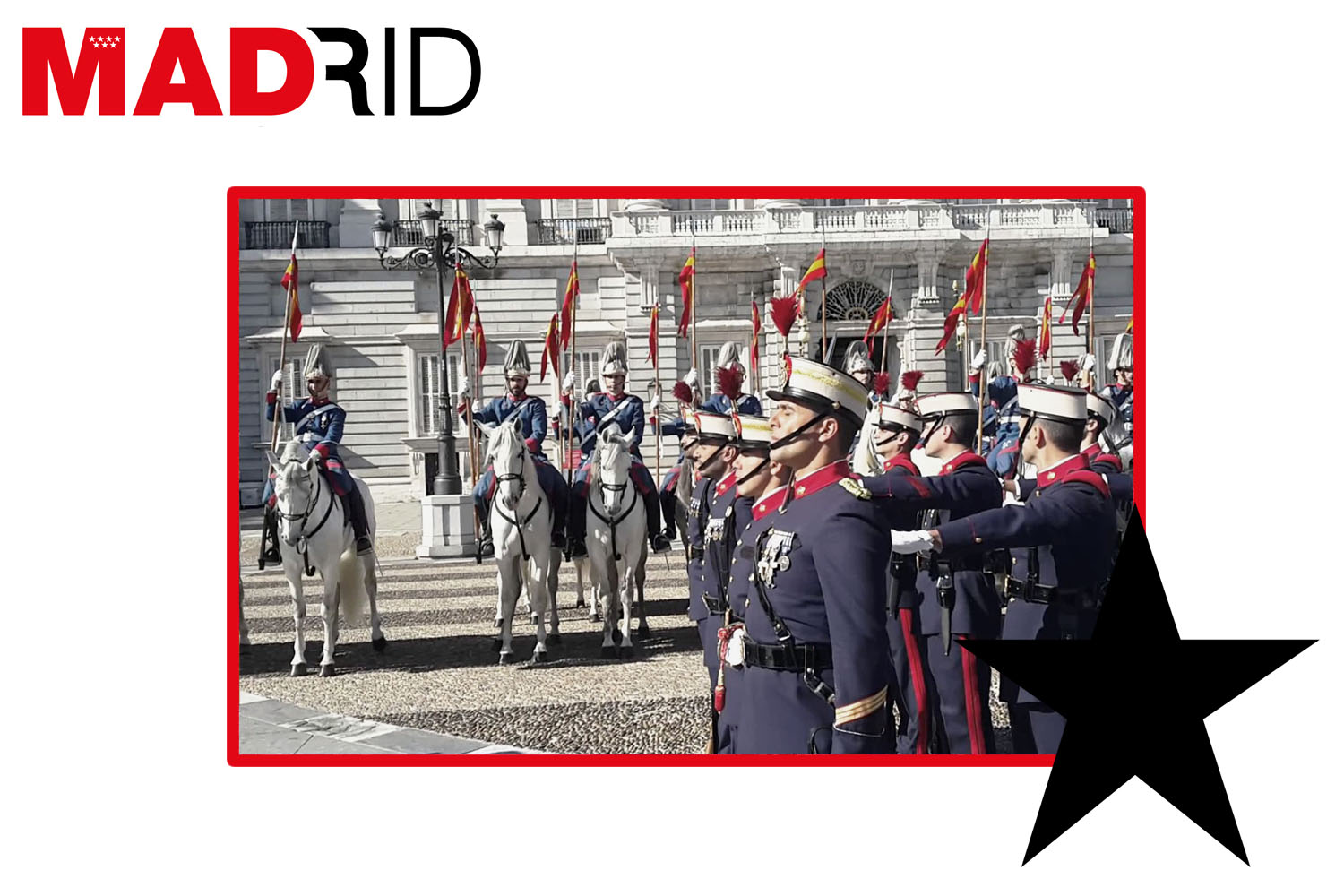 GUARD CHANGE AT THE ROYAL PALACE

In order to recover the traditions of the troops of the Royal House, the Royal Palace becomes every week on stage at the 'Changing Guard' and 'Solemn Changing', which, accompanied by the Unit of Music, offer a show worth seeing. On Wednesdays and now on Saturdays, you have a date, so hurry up and get a place son don't look any detail.

If you live here or are visiting the city, do not miss the opportunity to watch the ceremony offered by the Royal Guard in what was the official residence of monarchs, and currently hosts' official events, we are referring to the Royal Palace.

The first Wednesday of every month (except the months of January, August and September), at 12 am, takes place the 'Solemn Changing of the Royal Guard' ceremony that recalls the one made daily in times of kings Alfonso XII and Alfonso XIII.

This event takes place in the Armoury Square, and for about an hour you will see parading all troops dressed in traditional dress uniform of the Royal Guard in red, blue and white colours, for free.

The Unit of Music accompanies the act with military marches and usually offers a concert to end the ceremony.
In addition to this spectacle every Wednesday and since March 5 on Saturdays from 11am to 14pm, except the months of July and August will be from 10am to 12pm, will take place at the Puerta del Principe the 'Changing of the Guard'.

A curious spectacle that enjoys very good acceptance among the public, so if you want to see in the first line, hurry up to reach the Royal Palace to get a good position and not miss anything.