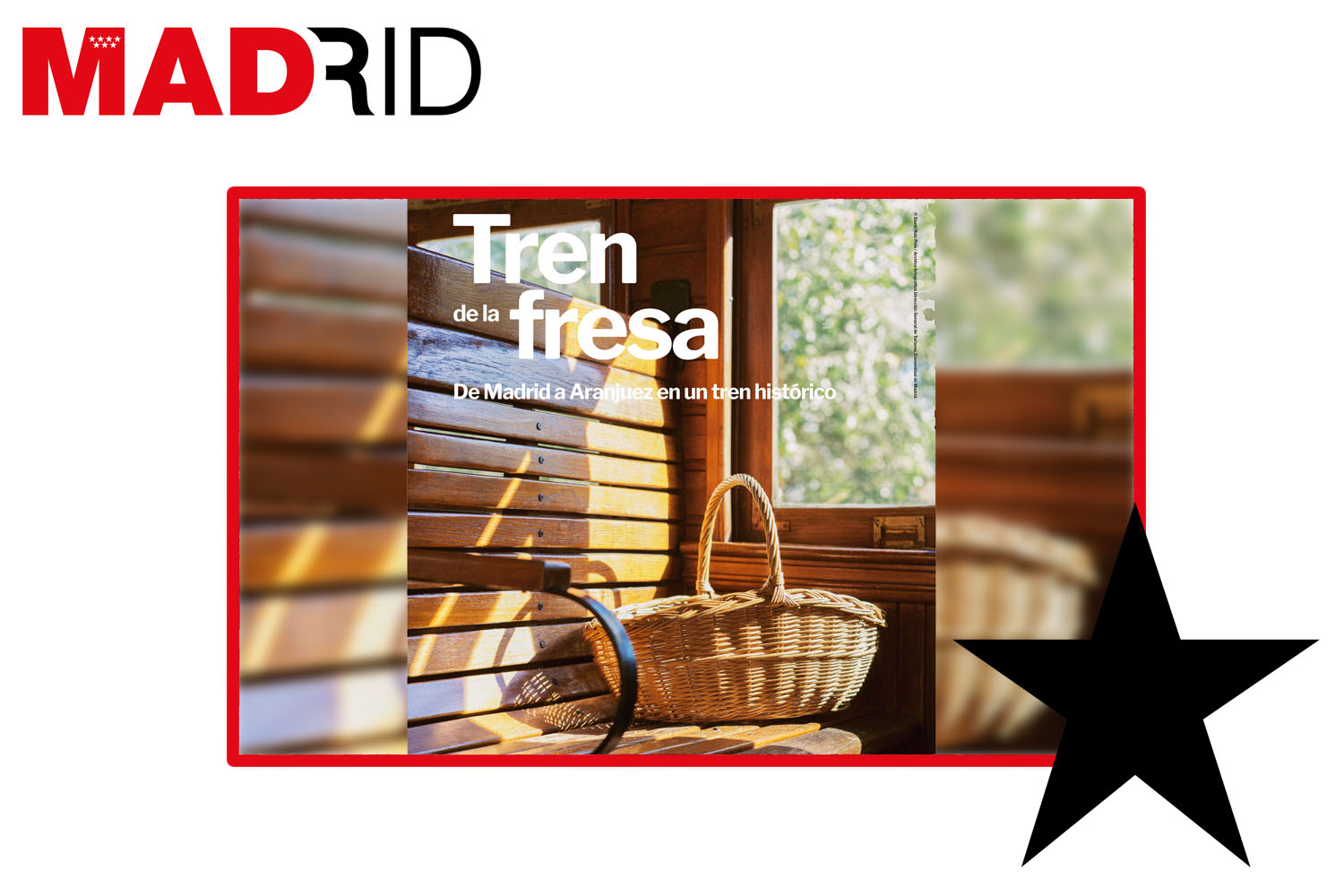 The Strawberry Train allows you to see firsthand what travel was like at the beginning of the last century, aboard wooden carriages that are almost a century old.

Before the existence of this iron road, the people from Madrid who traveled to Aranjuez did it by stagecoach and it took between six and seven hours to complete the journey.

The idea of commemorating the route of what was the first railroad of the Community of Madrid and the second of the Peninsula in a vintage train has its origin in 1984 and, since then, the Strawberry Train has remained faithful to its annual appointment.

The Strawberry Train has participated in numerous films, both national and international, such as 'Tormento',1974 (Pedro Olea);'March or die',1977 (Dick Richards); 'Carol's Journey',2002 (Imanol Uribe) or 'Paper Birds',2010 (Emilio Aragón).

This experience has 3 different itineraries, check their website for all the seasonal information.