Home/ To see and do/ Leisure/ LGTBI 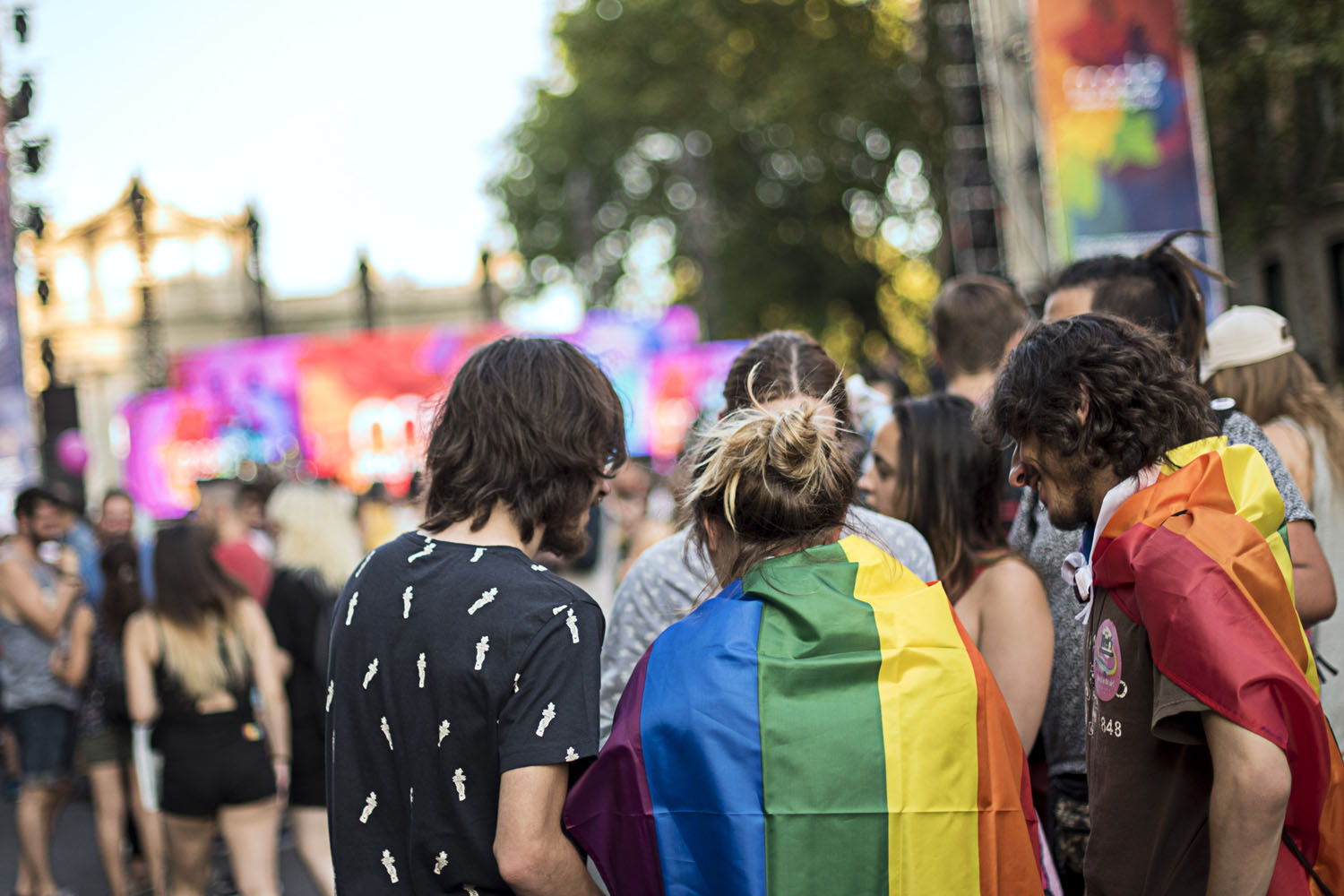 Madrid is a worldwide reference in the LGTBI sector (lesbian, gay, bisexual, transgender and intersex) due to its nature, since it is a worldwide open city that has always hosted those who wanted to live their lives their own way.

Chueca neighborhood, located close to Gran Vía, is without doubt the most cosmopolitan of the capital. It is nowadays the gay neighborhood par excellence, and it has all kinds of proposals for the gay leisure. Majestic buildings contrast with the multicultural environment of the area. Fuencarral Street full of fashion shops gives way to the surrounding streets and multiple tapas bars, terraces and cool markets.

When summer arrives, the streets of Chueca look their best, waving their rainbow flags and it buzzes with tourists and good atmosphere in order to celebrate the most important party: MADO (Madrid Gay Pride). The main event of MADO is the Gay Parade that goes from Puerta de Alcalá to Plaza de España. Moreover, there is also time for fun with concerts, high heels races and cultural activities.

The party is not only for the homosexual community, but also to all the people who want to live free. This fact confirms that Madrid is a modern city, thanks to its environment of tolerance and respect.

Since the Europride (European Gay Pride) was celebrated in 2007, MADO gained prestige and relevance in Europe, until finally it was awarded with the "World Best Gay Event Prize" in 2009 and 2010 by the MTV. Moreover, Madrid has been chosen as the World Pride City for 2017.

The capital is also headquarters of many events of the LGTBI collective, like the International Festival of Lesbian, Gay and Transgender Cinema of Madrid or through the National Gay Tourism Convention.

Discover Chueca and its varied leisure offering; get mixed with thousands of tourists that come to a neightbourhood that will not go unnoticed for sure.