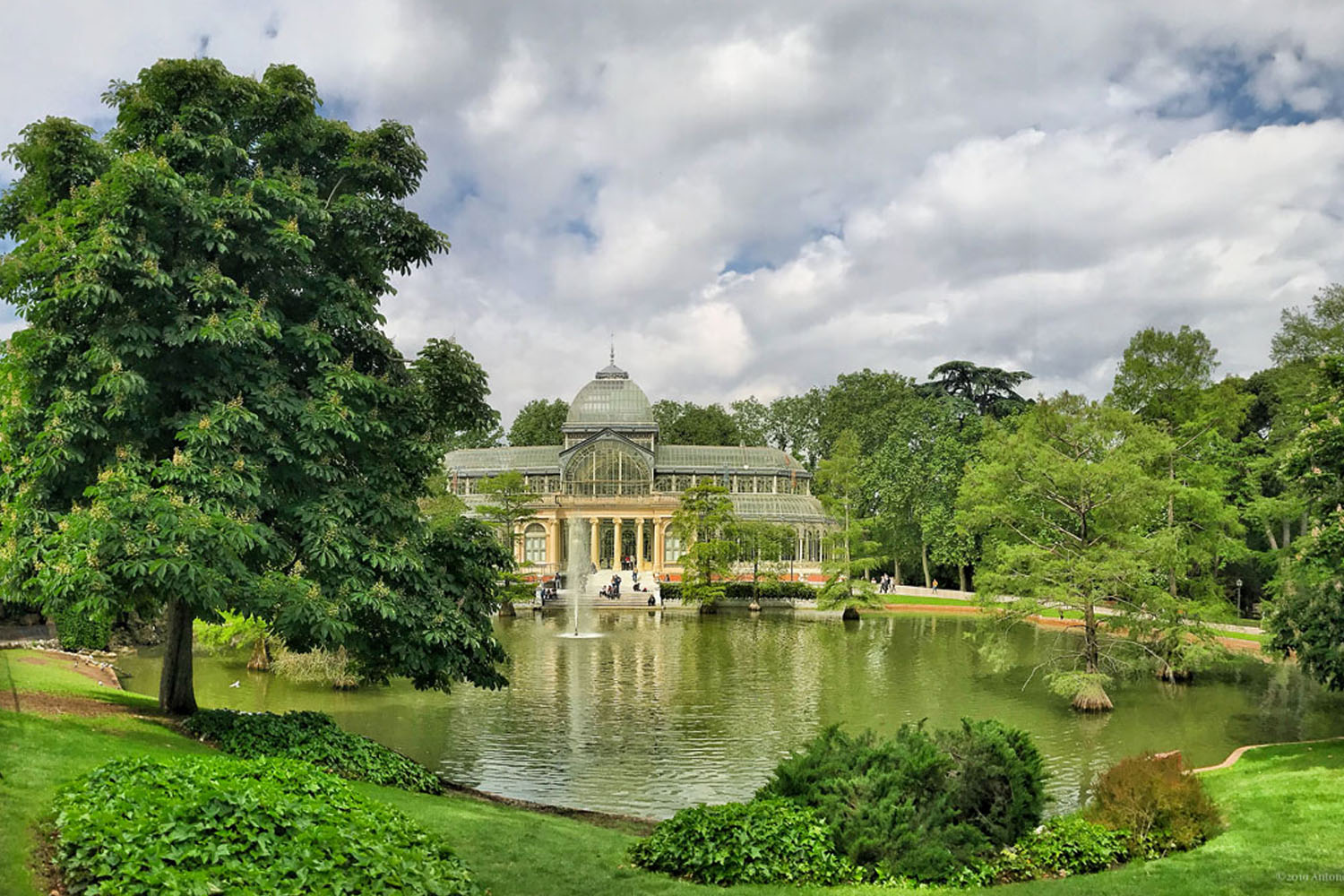 The Paseo del Prado and the Buen Retiro, landscape of Arts and Sciences, is a cultural landscape of the city of Madrid designed in an urban context that has evolved throughout history, while maintaining its essence: the desire to combine culture and nature in the heart of a city.

Around the Paseo del Prado, prototype of the alameda, is located the great cultural, scientific, political, economic and representative institutions of Madrid society and the Spanish State. It is historically and topographically linked to the Gardens of El Buen Retiro. Both, promenade and park, form an indissoluble whole whose origin goes back to the middle of the 16th century, when for the first time a space was conceived so that all citizens, without distinction of classes, could enjoy nature within the limits of the city.

The first news of its existence goes back to 1540, so it can be considered as the first of the tree-lined avenues that arise in the European capitals. A century later, in the seventeenth century, King Philip IV decided to build his new palace and Buen Retiro gardens in this privileged area, linking the palace gardens closely to the promenade. The Buen Retiro Palace, which housed extraordinary artistic collections, became the epicentre of the Golden Age of Spanish culture, the scene of the most notable artistic and literary expressions of the time.

At the end of the 18th century King Charles III opened the gardens to the public, integrating the Buen Retiro into the general renovation of the city, at the same time as a new vision of urban space was being born, a complex project with a marked social content that included an innovative and decisive factor that was unique in its time: the creation of a set of scientific buildings and facilities. Science thus acquired a foundational role in the configuration of a common cultural space that linked the expansion of the city to that of the cit. It was a great project for the dissemination of science and popular science education that would at the same time beautify the city, becoming a model of urban development of the Enlightenment period.

This innovative form of urban planning also included beautification of the area with new alignments of trees, fountains and ornamental elements, as well as hygienic improvement and the creation of new infrastructures that contributed to the well being of the citizens. The Paseo del Prado and Buen Retiro are a unique and powerful expression of the enlightened ideals applied to urbanism with the exceptional addition of science as an essential component, with the aim of socializing knowledge and making it available to all citizens.

This urban renewal became a model with special influence in Latin America, the result of which would be outstanding projects on the other side of the Atlantic. The Paseo del Prado exerted an unquestionable influence on Hispanic America from its origin in the middle of the 16th century and, later, with much greater impact, in the 18th century, especially on the Hispanic-American viceroyalties, where similar projects of poplar groves were carried out based on the Spanish model. Moreover, the close relations between the two continents were not limited only to urban projects but were extended to cultural or scientific projects, especially the botanical expeditions from the Royal Botanical Garden to Latin America and around the world. These intense connections are still alive in joint cultural and scientific projects and in institutions such as the Association of Spanish Language Academies or the Casa de América.

The Paseo del Prado and the Buen Retiro, a landscape of Arts and Sciences, represents a utopian society, a melting pot of human aspirations at the peak of the Spanish Empire when the democratization of knowledge is introduced as the basis of the society of a new world, an idea to improve the society that goes beyond the limits of Spain and extends to the other side of the ocean.

Its relationship with the Arts and Sciences makes it an extraordinary place within an exceptional historical context that has perpetuated its vitality to this day. Created as a space for recreation and leisure for its citizens, the patronage of the arts by the Austrias led to the expansion of unique art collections which, in most cases, have remained within the limits of good, and which have multiplied with the construction of numerous museums and cultural centres over time to the point that in the last century has become the so-called "Art Walk". Along with this artistic vocation and, as has been mentioned, simultaneously with the enlightened intervention of the 18th century, the sciences gained a unique and extraordinary importance, along with health and industry, linked to the renewal of the city with the so-called "Colina de las Ciencias".

Thus the arts, sciences, health, industry and research, as part of an exchange of human and scientific values that promote the dissemination of knowledge and whose public and social role has been preserved with incredible vitality, form a total cultural unit, rooted in the consciousness of citizens.

Throughout the nineteenth and twentieth centuries the entire space was enriched with prominent buildings that house the most important cultural, political, social, scientific or economic institutions representative of a living society. They coexist with great demonstrations of citizen participation that always find in the Paseo and the Park a territory of free expression.

All this gives the Paseo del Prado and the Buen Retiro, a landscape of Arts and Sciences, an exceptional value as a model of a single type of singular process of urban planning that is almost unrepeatable, a reflection of a conception of a utopian ideal for a new society that expanded beyond our borders. An urban cultural landscape, rich and heterogeneous, evolutionary and dynamic, carefully designed for recreation and the formation of citizens in touch with nature.