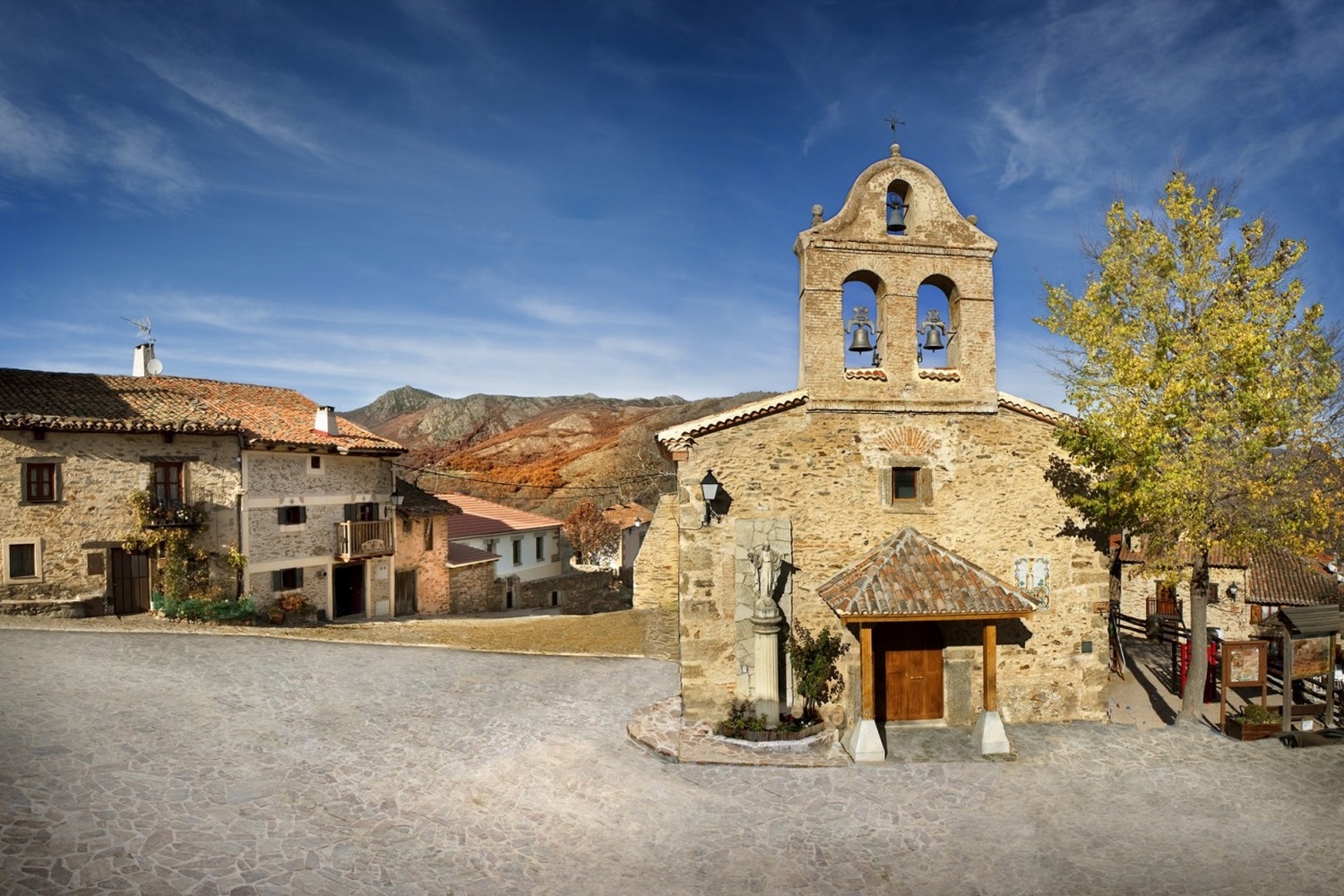 La Hiruela is a privileged enclave of the Sierra del Rincón. Its houses of stone, adobe and oak wood from the pasture, have hardly suffered any changes in its structure since its construction, which gives La Hiruela its own architectural identity that places it as one of the best preserved villages in the region of Madrid. Some of the buildings and traditional elements protected are the pylon, the flour mill on the banks of the Jarama River, the Town Hall and the old school, the latter now transformed into a social bar, the Casa del Cura and the Casa de la Maestra.

The extraordinary location of La Hiruela will allow you to make walking routes through incredible trails through forests, streams and pastures. In addition, you can visit medieval villages such as Buitrago, the lush forests of the Hayedo de Montejo or the spectacular valleys of La Puebla.

La Hiruela, along with the other 4 municipalities that are part of the Sierra del Rincón, were listed as a Biosphere Reserve by UNESCO, in 2005 it was internationally recognized within the Man and the Biosphere Program, thus placing it within the global network of Biosphere Reserves.

So take a walk around the village, book your pass to the Biosphere Reserve or walk the trails around La Hiruela, we recommend the Robledal de La Hiruela where there are charcoal pits where charcoal was once made.

La Hiruela offers you modern accommodations and restaurants where traditional and modern merge that will immerse you in one of the most picturesque places in the region of Madrid.