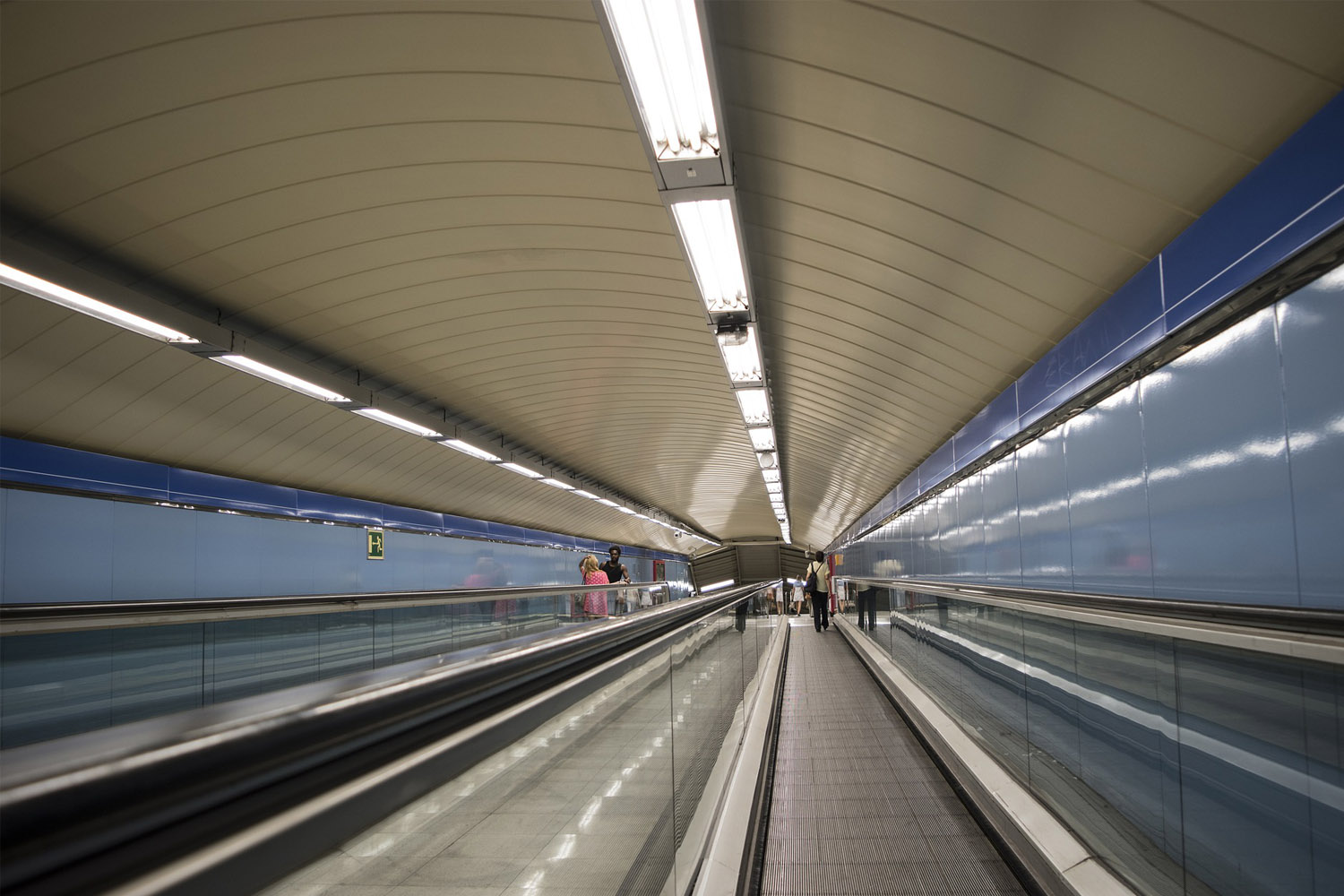 By aeroplane, train or road, your trip to Madrid will be nice and quick. The inner displacements you dispose of one of the best public transport service of the world.

The Access by plane is equally privileged tan road communication. In fact, the airport of Madrid-Barajas Adolfo Suarez is one of the five largest in Europe.

The main Spanish airport, with nearly 50 million passengers, more than 400,000 operations and 300,000 tons of goods, is thirteen kilometers away from the Puerta del Sol. In the airport operates the mail international and national airlines.

By bus, you can arrive the airport usig the Barajas Airport Express Line, a Service working as 24 hour a day, 365 days a year. At night, the Service finishes in Plaza de Cibeles, where you can connect with the night local bus network of EMT.

In the underground, L8, Nuevos Ministerios-Barajas, brings you directly to the terminals from th city of Madrid.

Adolfo Suarez Madrid-Barajas Airport was expanded in February 2006 with a new terminal (T4). This building and its satellite (T4s), are genuine masterpieces, modern, functional and flexible, where natural light is one of the main features. The new terminal has capacity for 35 million passengers a year, more than 10,000 in rush hour.

A modular terminal, nice and lit up with several leisure rooms and shopping, so you can shop, enjoy a meal or relax with a massage. The two shopping centers located in the T4 and T4S. Were perfectly integrated with restaurants and included new concepts of leisure, health and beauty.

The quality of train communications is the same as road or plane in the Region of Madrid.

The radial topology of the Spanish rail network allow the connection of Madrid with every corner in Spain.

Recent technological progresses and modern infraestructire make easy to link by train the Region of Madrid to the rest of Spain.

The city of Madrid is connected with 11 Spanish cities and 6 French ones through the star product of RENFE high-speed. Seven AVE lines provide services of high quality: Valladolid, Barcelona, Seville, Malaga, Valencia, Lleida and Huesca, with stops in Ciudad Real, Puertollano, Cordoba, Guadalajara Calatayud and Zaragoza. Also with the French cities of Carcassonne, Lyon, Marseille, Nimes, Paris and Toulouse. The quality of their service is excellent.

RENFE (the national rail company) give passenger transport and goods services throughout Spain. The Neighboring countries, Portugal and France, and all EU countries are also connected to Madrid by rail.

Madrid along another 20 Spanish cities belong the AVE City Network, wich allow you to know the cultural heritage, the gastronomy and the popular traditions of different Spanish cities, in the same trip. The tourism in Spain opens to the world as an unique destination, widening the services, the expectations and satisfaction of your experience.

The Regional Transport Consortium of Madrid offers a complete network of train, underground and buses. Access the web application to know what transportation are available in the Region of Madrid.

The Tourist Ticket is a personalized transport pass, which entitles the holder to make an unlimited number of trips, using the public transport system operating within a chosen zone, with the indicated exceptions..

To use the pass, its holder must carry a ticket with the valid zone and time period. The ticket must also contain the passenger identification number (from Identification Card, Passport, etc), written on it at the time of purchase. Any ticket without this information will be invalid.