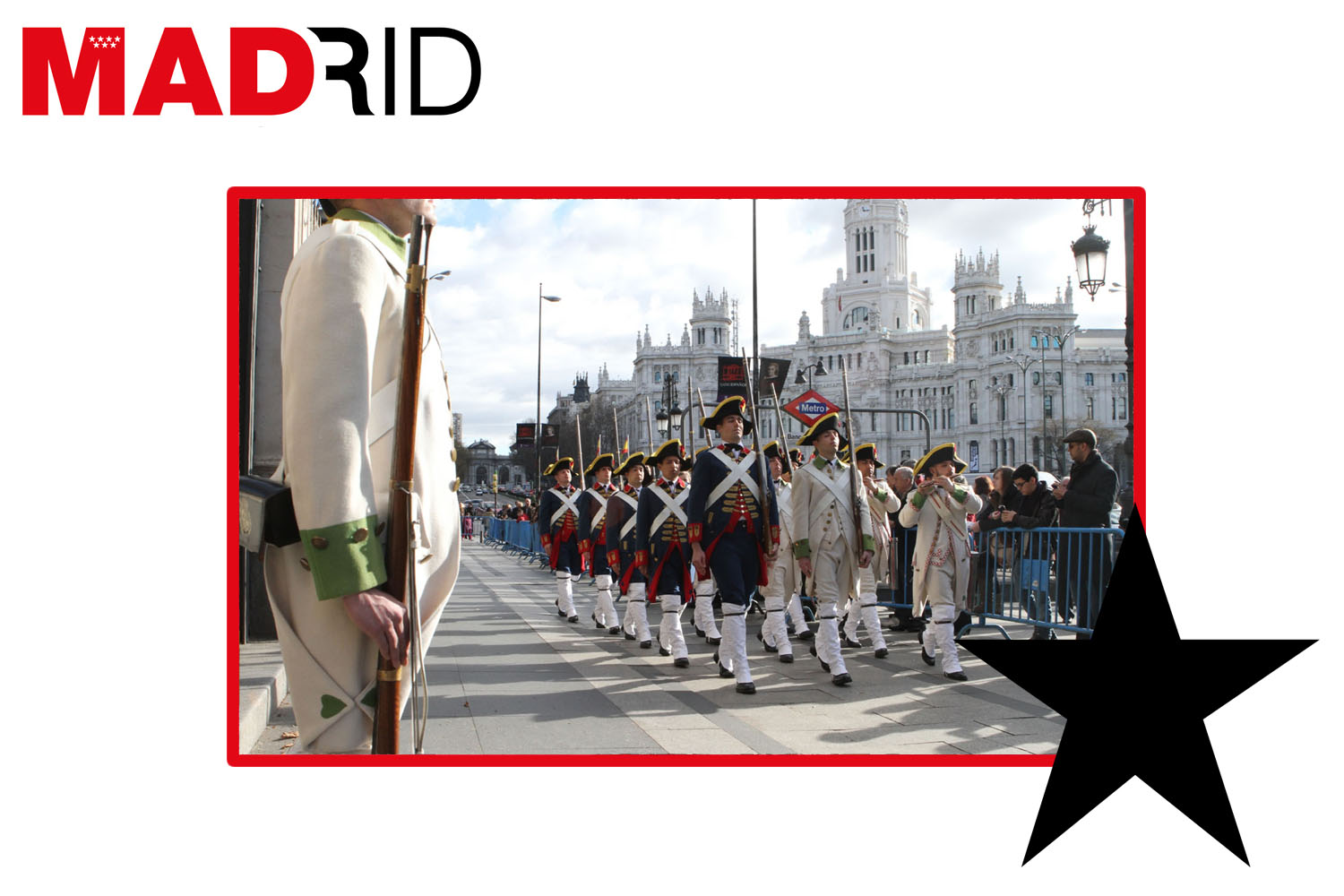 The last Friday of every month you have an appointment in the Buenavista Palace in Madrid, since there at the gates of the General Headquarters of the Army, takes place the solemn changing of the Guard of the Infantry Regiment 'Inmemorial del Rey' nº1. A real relay of the time!

Discover with us a whole spectacle, in which the Regiment 'Inmemorial del Rey' No. 1, considered the oldest armed unit in the world, carries out this traditional act on the last Friday of each month at 11am in the Buenavista Palace, current headquarters of the Army Headquarters.

This regiment tries to transmit the traditions and after a concert in the courtyard of the palace, we will go to the assembly hall located at the entrance of Alcalá Street where the traditional 'relay' will take place.

At the touch of 'asamblea', it begins and the outgoing guard waits formed with the weapon on the shoulder to the incoming guard. Once formed, their respective chiefs greet each other requesting permission to carry out the changing, the reading of the Royal Ordinances of the Armed Forces takes place, and then the own relay takes place, which ends with the withdrawal of the guards and squadrons.

A different and colourful spectacle, worth seeing, in which during the whole activity the Music Unit performs typical Madrid music.

More info: Changing of the guard in the Buenavista Palace