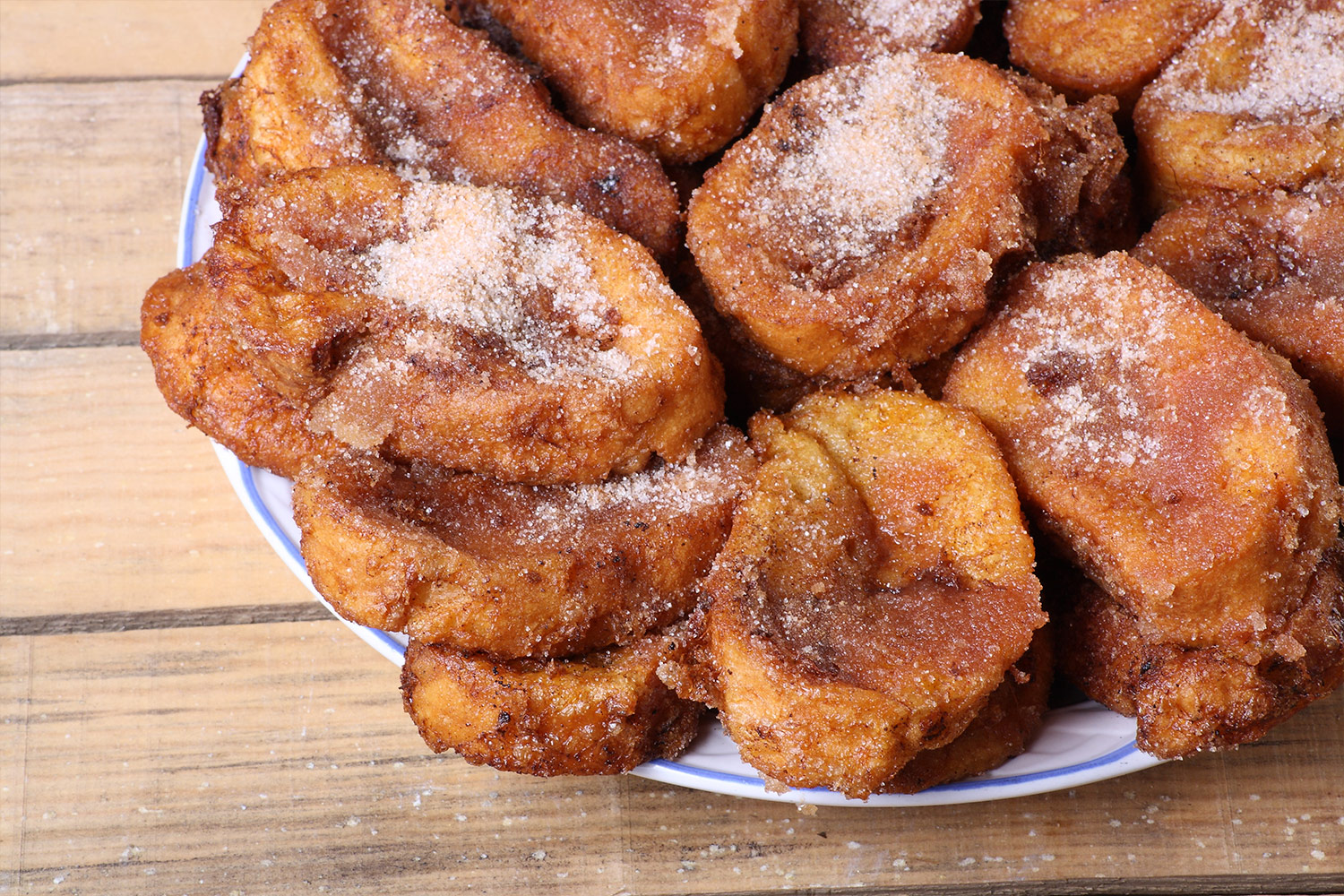 Because there is life beyond the 'torrija' (Spanish style French toast), we invite you to taste other dishes which you will surely love. Are you ready?

As a result of the religious ban on eating meat on Lent Friday, the fish becomes the star ingredient of many dishes during these dates, and more specifically the cod. So, during these days you will be able to taste delicious codfish cakes, a kind of fried balls of codfish paste that mixed with other ingredients, which vary according to the recipe, will not leave you indifferent. A variant are the cod croquettes.

Also very characteristic in these dates are the 'little soldiers of Pavia', an authentically Madrid aperitif consisting of a fried batfish cod served with red pepper. All these dishes can be served in various ways, although not all are typical of Easter, they are a different alternative as is the cod cooked in oil, pil-pil cod or cod in Vizcaína sauce.

The Vigil chickpea, also called 'codfish stew' is another of the dishes that you cannot miss. One of the most appreciated stews at this time, prepared with salted cod, chickpeas and spinach. 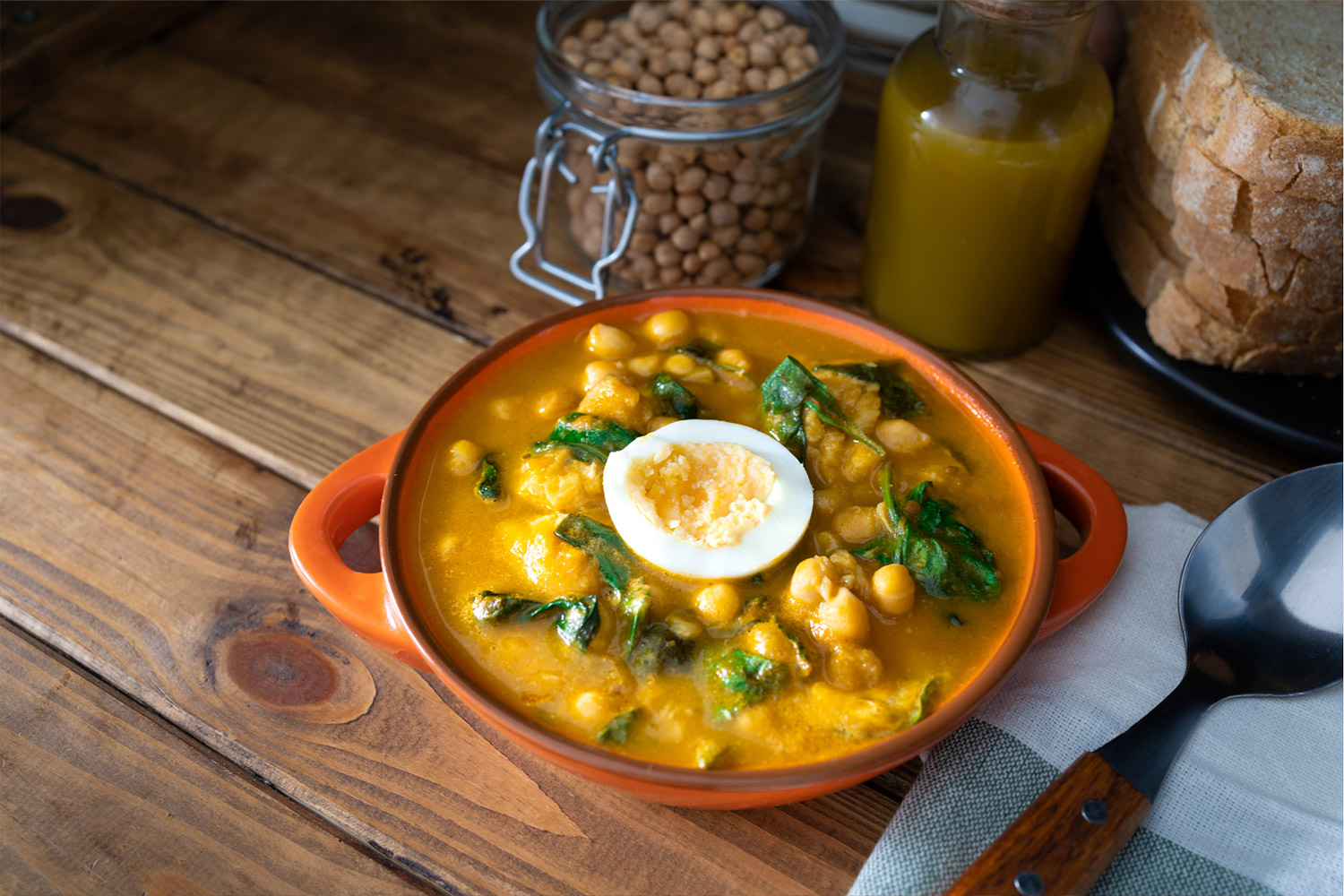 Although is not originally from the Region of Madrid, the garlic soup, better known as 'Castilian soup', is another of the alternatives.

It is clear that the real protagonists are the 'torrijas' (Spanish style French toast), which you can find them practically in all the bakeries and cafeterias of Madrid.

But in addition to the 'torrijas', this date is perfect to taste other sweets like the 'bartolillos madrileños'. These are delicious pastries filled with pastry cream that are usually taken hot.

Another option is the 'wind fritters', dumplings made with wheat flour, butter and eggs, fried in oil, which may be filled with pastry cream, chocolate, or cream.

Do not miss the 'pestiños', which, of Arab origin, are typical at Christmas and Easter, and are made with flour and egg, fried in olive oil and finally bathed in honey; or 'Easter eggs' that with different shapes and colours, catch the attention of the smallest when decorating, along with the 'doughnuts' and the other mentioned candies, the windows of the establishments of the capital.

Of course, in some localities of the region you will find other typical cakes. So in Morata de Tajuña, the bakeries and pastry shops of the town produce the 'pasioncitos' with the logo of' The Passion of Jesus', and on Easter Sunday it is tradition to 'run the hornazo', in which groups of friends spend the day in the Vega del Tajuña, in brotherhood food, with the typical dessert of the area, the 'hornazo'.

This dessert is also typical in Chinchón. This is a sweet bread roll with egg in the centre decorated with colourful anises.

And from Alcalá de Henares you cannot leave without trying the 'penitents of Alcala'. Cone of wafer, simulating the conical headwear of the brothers, covered with chocolate and filled with almond cream. A traditional recipe that has already been three centuries old, are you hungry?

Live closely the passion, and discover the traditions of the different localities through its gastronomy. Live the Region of Madrid!