Home/ To see and do/ Culture/ Madrid Villas 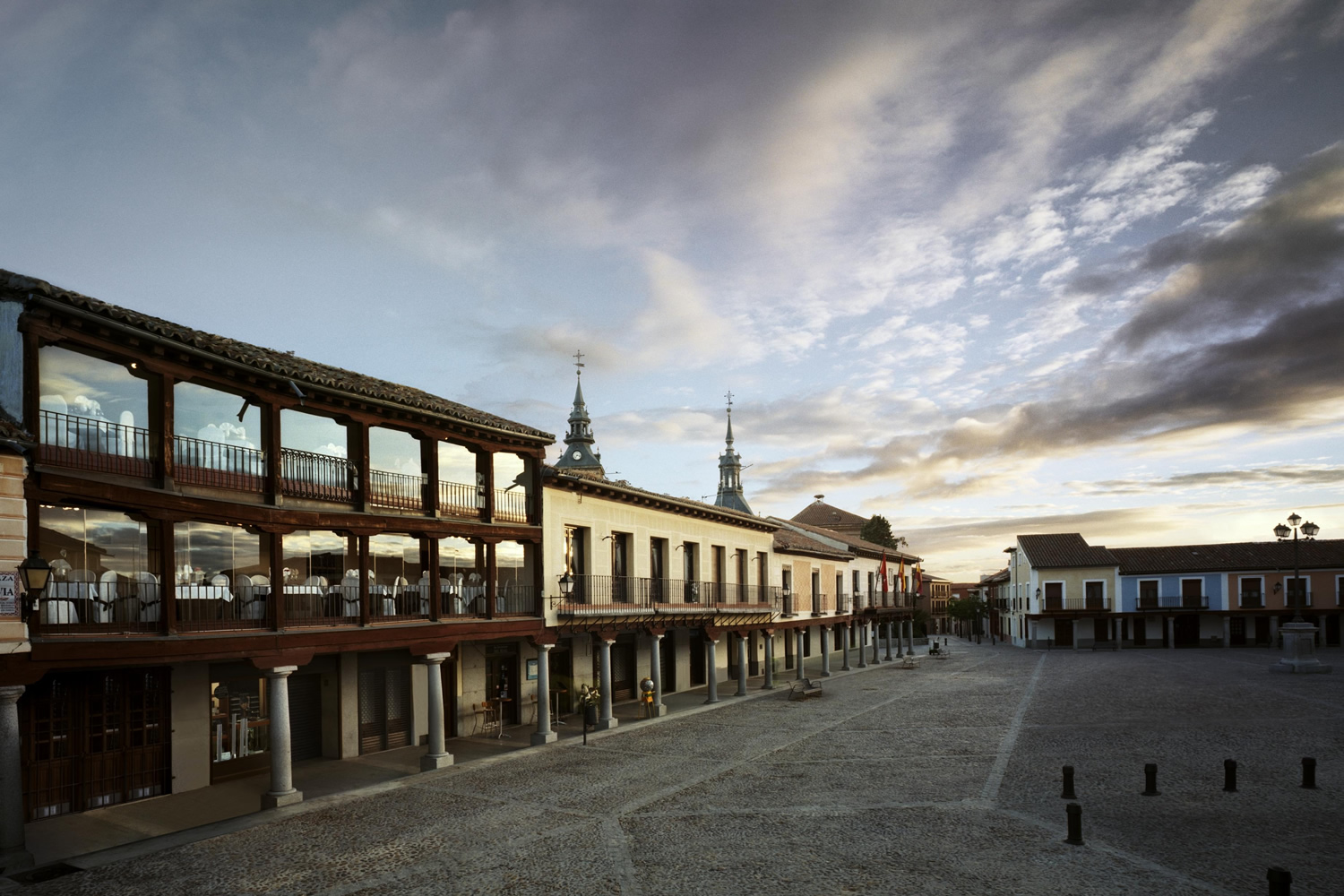 "Villas de Madrid" is the name of a tourist promotion program which aims to appraise  the resources of these tourist towns that, although not so famous, count with resources that will surprise visitors. The program is associated with the new app VillaCard, with wich you will enjoy the best tourist offers, exclusive promotions, and you can locate places and tourist places of your interest. For further information: App Villacard

Initially, the programme consisted of six municipalities (Buitrago del Lozoya, Chinchón, Colmenar de Oreja, Navalcarnero and Nuevo Baztán), but this year five more have joined. Below, we present briefly the locations that are part of this program, with links to pages where you can complete the information.

Perhaps you already know some of them, however knowing them all is worth the detour. Where will you begin your collection?

At the heart of the Sierra de Guadarrama, this town is located in the Mid Lozoya Valley at the foothils of the Somosierra mountain pass, and it is the only one in the Region that has preserved almost intact its ancient walled enclosure. The Lozoya River, after which the "villa" is named, surrounds the town everywhere but in its southern part, making it a natural defense moat.

The intrinsic value of the site has made it deserve several mentions such as: "Conjunto Histórico-Artístico" (Historical-Artistic Village), "Bien de Interés Cultural" (Asset of Cultural Interest) in 1993 and "Monumento Nacional" (National Monument), the latter since 1931 owing to its walled enclosure.

This is one of the most picturesque villages in the Region of Madrid, its medieval square is the most emblematic element in the town and one of the most beautiful in the region because it has preserved its traditional distribution and atmosphere. Its houses clustered in hills give it a distinctive appearance.

In the centre of the village the noble mansions with coats of arms and manor houses draw visitors' attention. The old city was declared "Conjunto Histórico-Artístico" (Historical-Artistic Village) in 1974.

Located in the southeast of the Region, this town lies within the fertile plains of Las Vegas area. The history of Colmenar cannot be explained without the castle Castillo de Oreja, which remains are still preserved a few kilometers away from the town, in the province of Toledo. The old city was declared "Conjunto Histórico-Artístico" (Historical-Artistic Village) on December 26, 2013.

Don't miss the Ulpiano Checa Museum featuring the masterpieces of Colmenar's most famous son: the multifaceted artist Ulpiano Checa, who was a painter, a sculptor, a poster artist and an illustrator, whose great art works are unfairly unknown.

This town is located in the southwest of the Region, in the plain bounded by the Guadarrama and Alberche rivers, between hills and hillocks of gentle slopes dominated by crops of dry land and vineyards that provide wines of great quality. The town boasts a Wine Museum in which you can learn all about wine. To round up your visit, you can taste its Denomination of Origin wines in one of the wineries that are open for public visits.

Situated in the basin of the Henares river, its old town has its origins in the period that goes from the year 1709 to 1713 when it was founded as a residence for the workers of a glass factory was created by politician and entrepreneur Juan de Goyeneche and Gastón. Its name Nuevo Baztán (New Baztán) comes from the Valley of Baztán in the northern region of Navarra, that was the birthplace of Juan de Goyeneche. The complex formed by the Palace of Juan de Goyeneche and the Church (dedicated to the Navarrese Saint Francisco Javier) was declared "Bien de Interés Cultural" (Asset of Cultural Interest) on 16 March 2000.

Begin your visit at the Centro de Interpretación (Interpretation Center), managed by the Community of Madrid and free of charge, it is located in the old cellar of the complex in which wines, spirits and colognes were produced and stored. The exhibition recovers the splendor that the industrial complex had at the time of Juan de Goyeneche and shows to the public what his dream was and how far his ambition went.

Situated in the High Lozoya Valley, in the Sierra de Guadarrama, Rascafría is a place of extraordinary beauty. The village has preserved the traditional architecture of the Guadarraman mountain range and, two important natural assets are located within its boundaries: The Peñalara Natural Park, now making part of the Sierra de Guadarrama National Park, and the "Arboreto Giner de los Ríos" (a small forest). Rascafría is also home to one of the most important monuments in the north of the Region: the Monastery of El Paular.

This municipality located at the foot of the Pedriza, in the Regional Park of the Upper Manzanares Basin, is declared a Biosphere Reserve by UNESCO. If there is one thing that identifies it, it's the 'Castillo de los Mendoza', although alongside it there are interesting samples of historical and cultural heritage, as well as an environment that invites you to visit it on foot or by bicycle.

This small village with its charm, surprises us every time we visit it with singular walks through its streets, which have preserved the architectural tradition of slate construction; a good gastronomy; and of course hiking and cycling routes. This list is completed by archaeological sites, which together with its architectural heritage have earned it the declaration of 'Asset of Cultural Interest'.

Last but not least, has been included in this tourism initiative, this town of Villarejo de Salvanés that, located in Las Vegas region was Encomienda Mayor de Castilla, belonging to the Military Order of Santiago, in the Middle Ages. The castle and the Casa de la Tercia, both of which have been declared Cultural Interest Goods, as well as the 'Torre del Homenaje' of the castle, a tower that is unique in its kind, stand out in its heritage.

The winter is the perfect time to enjoy stews a...

From 27th February to 2nd April the Region of M...

In the Sierra Norte and more specifically at th...

The week of Contemporary Art

During some days, the capital will become the c...