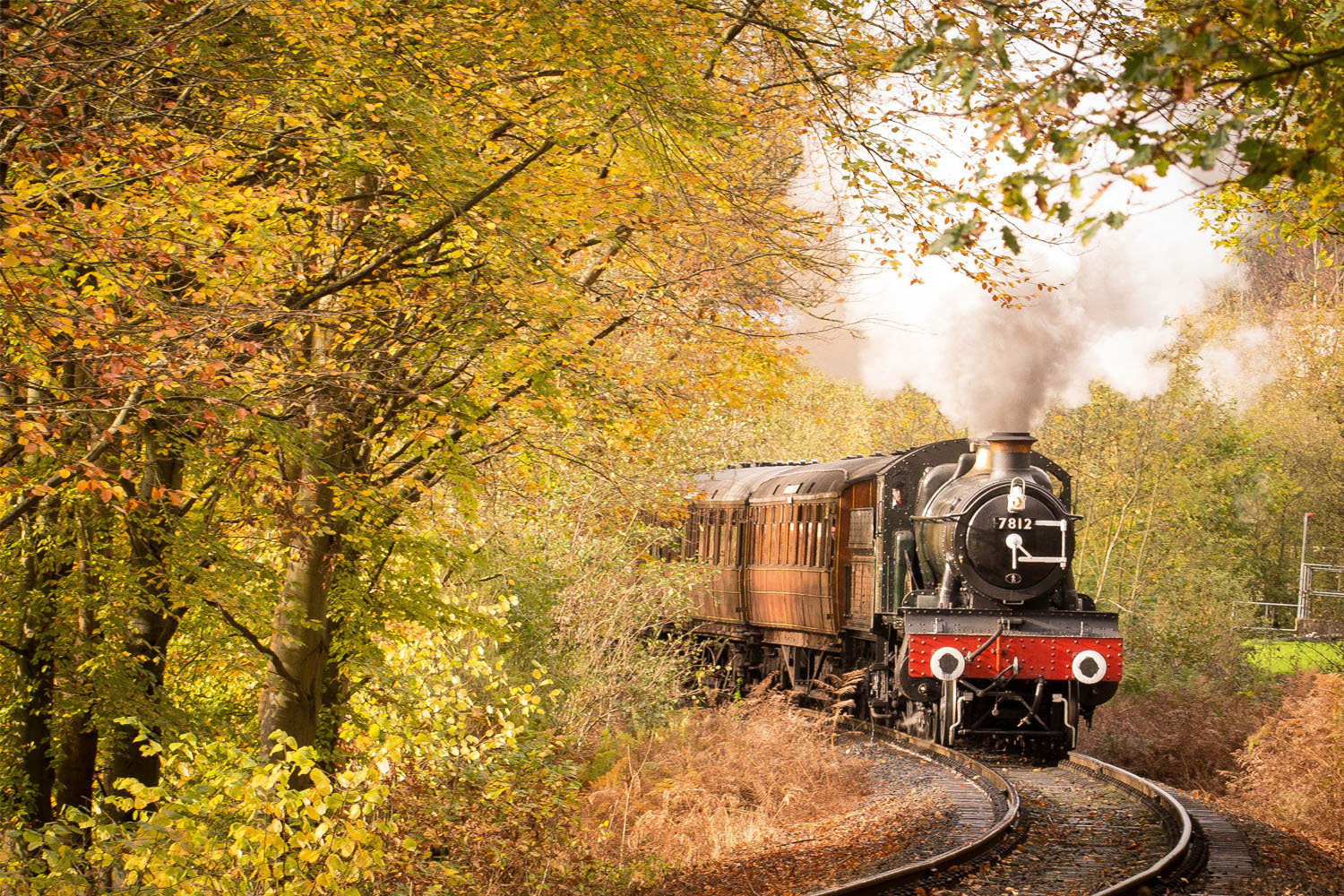 Are you willing to travel in time? Let's get started to discover three destinations, on board three trains that will take us to three different eras.

San Lorenzo de El Escorial, Aranjuez and Alcalá de Henares are all located less than 50 kilometres (31 miles) away from Madrid's city centre. The three towns were declared World Heritage Sites by Unesco, which means that their landscape, architecture and traditions are unique and based on universal values. They are international points of reference and great examples of our planet's cultural diversity.

Taking a historical train from Madrid to visit these towns is an original way to learn about their past and to discover their surroundings. An authentic journey back in time that will make your visit an absolutely unique experience.

These trains are singular not only because of their design, but also because they o er touristic and educational activities to show us the railway's past and present. It was the mode of transport that opened modernity with the communications revolution. At the time, a new era was ahead. Now, they are an invitation to learn about our past..

The Tren de la Fresa was so named when it was opened in 1851 since it transported strawberries (fresas in Spanish) that were grown on the Tagus and the Jarama riverbeds. It was the second railway in the Iberian Peninsula, it connected Madrid and Aranjuez and it was frequently used by the aristocracy in their outings to the countryside.

The Royal Site of San Lorenzo de El Escorial, a colossal building built in the middle of Guadarrama mountains was the best destination for 19th century tra- vellers in love with adventure and mys- tery with a romantic perspective. The Tren de Felipe II is ideal to experience that kind of excitement.

The arrival of the railways to Alcalá de Henares in 1859 helped the city's revival and its great cultural heritage was rediscovered. Today, the Tren de Cervantes invites us to get to know the great past of this City of Knowledge were the author of Don Quixote, a masterpiece of the world's literature, was born.

While travelling on these trains, many characters from our times and from past times will come with us. Miguel de Cervantes or King Philip the Second will tell modern travellers what was their life like back then. Listen carefully, look closely and enjoy the taste of local products that kind locals will o er us.