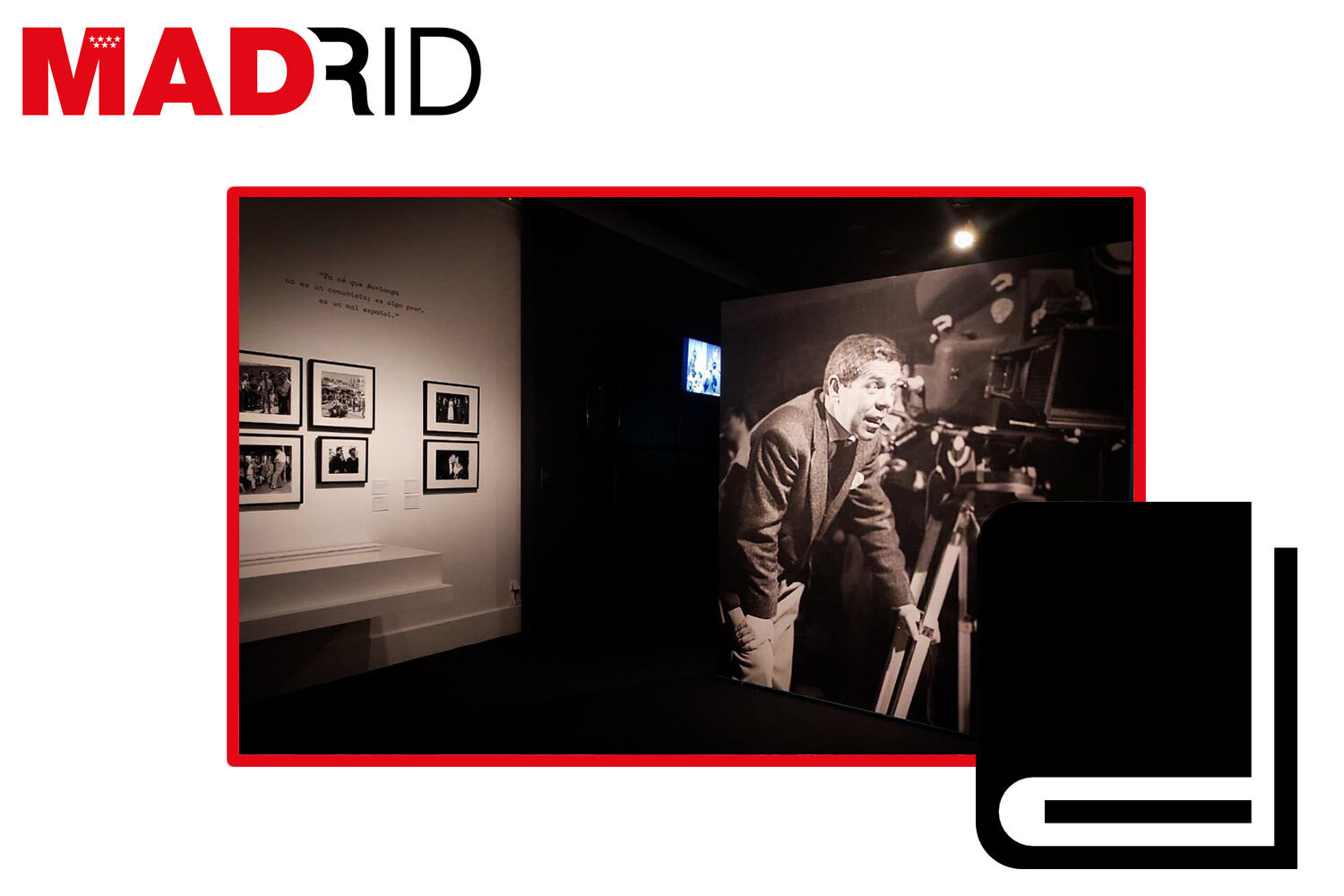 "Berlanguiano" is the tribute exhibition to the great filmmaker Luis García Berlanga in celebration of the centenary of his birth, which can be visited until September 5 at the Royal Academy of Fine Arts of San Fernando. Enter the world of the legendary director, one of the most significant figures of 20th century Spanish culture.

An initiative of the Film Academy in collaboration with the Community of Madrid, the Royal Academy of Fine Arts of San Fernando, Visit Valencia and the Spanish Film Archive, which brings together more than 170 photographs from different archives and public and private photographic funds, such as the Margaret Herrick Library (Academy of Motion Picture Arts & Science), the EFE Agency, the Regional Archive of the Community of Madrid, ABC Archive or the Documentary Center of Historical Memory of Salamanca.

You will find photographs of filming and snapshots of the author, as well as the creative process of the film through sketches, scripts, posters, shooting plans and audiovisual installations that show everything that the public never sees.

The exhibition tour will allow you to know not only his film career, but also the more intimate photography of various national and international photographers who portrayed moments of Spanish life.

Some of these sketches and scripts are from films such as "Novio a la vista", "El verdugo", "La escopeta nacional", "Patrimonio Nacional", "La Vaquilla", "Tierra de nadie" or "¡Bienvenido, Míster Marshall!" The latter is a must-see Spanish film about how Spaniards try to impress U.S. diplomats on their visit to Spain under Franco to receive Marshall Plan benefits.

The original posters of films such as Patrimonio nacional, as well as his shooting plan, the pressbook of "¡Bienvenido, Mister Marshall!" created in 1953 on the occasion of the Cannes Film Festival, as well as the drawings of his artistic proposal for each film.

Dare to remember the magic of Spanish cinema in a matter of minutes and let each photograph impact your retina, welcome to the Berlanguiano world!