Home/ Get organized/ Agenda/ Cultural and Touristic Agenda/ Until December 27 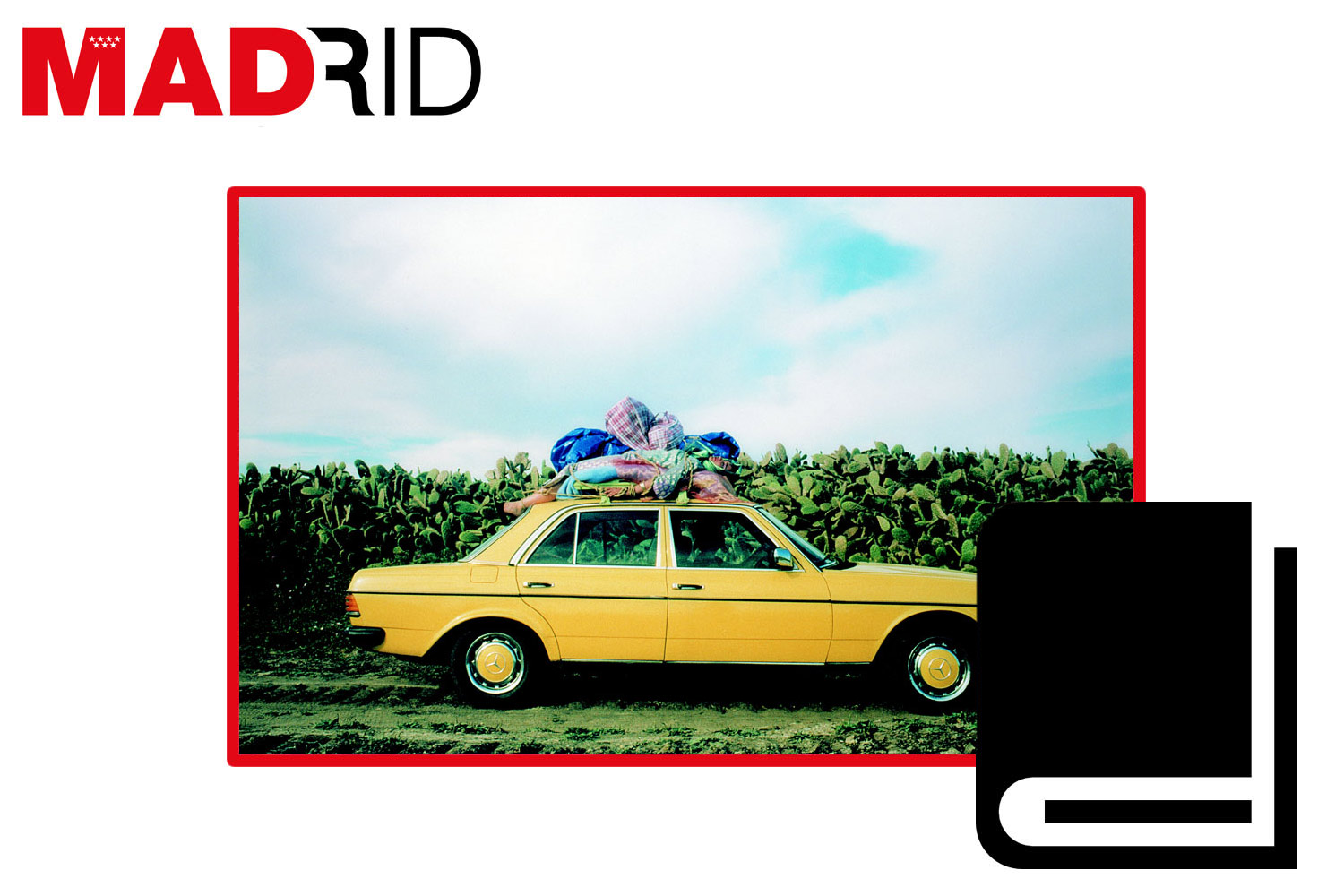 If you like road movies, Formula 1 or vintage cars from the 80s and 90s, then this is your exhibition "On the road". A traveling exhibition that brings together works on vehicles, drivers and their environment in the year that commemorates three great road movies: "Sullivan's Travels" (1941), the 50th anniversary of "Two-Way Paved Road" (1971) and the 30th anniversary of "Thelma and Louise" (1971).

The exhibition brings together works from the collection of the Centro de Arte Dos de Mayo and 15 other artists, including Pilar Albarracín, el Roto, Alberto García-Alix and Andrew Bush. A combination of sculpture, painting and photography.

One of the works, Magic by Wifredo Prieto, shows a sculpture formed by two bicycles, one white and the other black, joined by their front wheels. This work generates a conflict in the viewer, who wonders what two bicycles have to do with the word magic.

Pilar Albarracín gives a twist to the exhibition and relates the car to the world of women, a world that has always been associated with men as in the work "La noche 1002".

While El Roto, in his work "El emigrante", symbolizes how immigrants suffer when carrying on their backs the weight of a home and having to start from scratch, in a silkscreen in which we see a person on his back moving on a bicycle and on the back carries a house.

Andrew Bush exploits the theme of how our vehicle reflects our personality and tastes through the series "Vector Portraits". Bush stands out for taking the photographs from his moving car, trying to overtake the characters who are also in cars. And Felix Curto reflects in his work the Mexicans who sought El Dorado in the United States and the cars they used.

History and emotions come together in this exhibition for those who love to spend hours on the road next to their faithful friend. ''On the road''.

The temporary exhibition of the Itiner Network will rotate in the different spaces for art, cultural centers and libraries of several municipalities in the region and can be visited free of charge until December 27. You can check the dates here.

What music do you like to listen to in your car? Participate by sending your suggestions and they will be added to the 'On the Road' playlist.