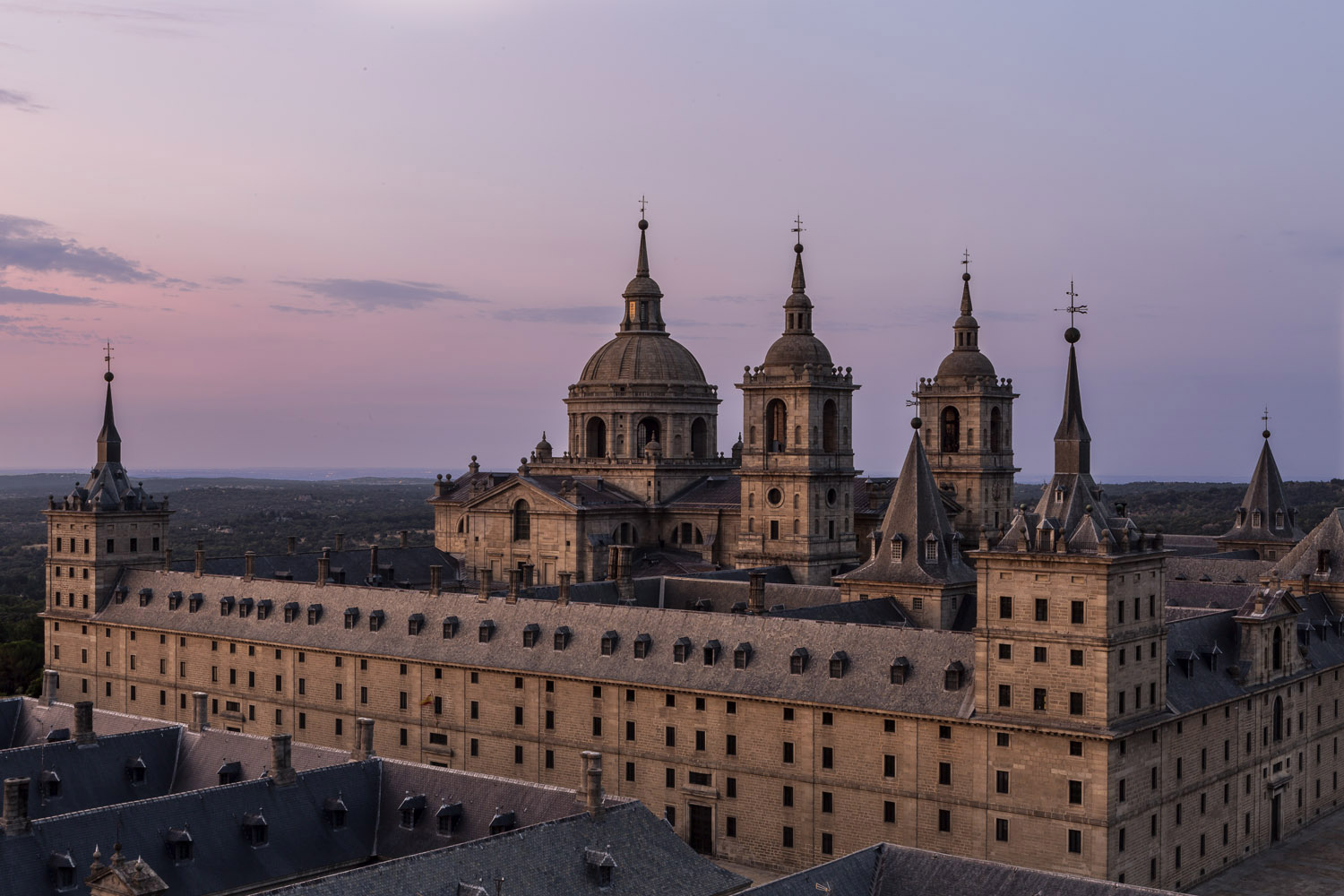 How would you feel about traveling back in time and feeling like a king? This week we will visit the Region of Madrid to learn about its history through the different palaces located in our region. Some can be visited daily, but others only on weekends. Below we give you all the details, so that you can program your route. Here we go!

Royal Palace of Aranjuez
On the left bank of the Tagus River, in the Madrid town of Aranjuez, stands this palatial building that Felipe II ordered to the architect Juan Bautista de Toledo to build in 1561 and that ended Juan de Herrera. Restored several times, the building, as we know it today, is from the Bourbon period. Walk through its halls and gardens, converted into the protagonists of the visit, and get your ticket on this link, you can visit it from Tuesday to Sunday.

Royal Monastery and Palace of San Lorenzo de El Escorial
Now we go to San Lorenzo de El Escorial to visit its Royal Monastery and Palace, which will take us directly to the so-called 'Golden Age'. Considered the eighth wonder of the world, this granite construction ordered by Felipe II, began its work in 1563 by the hand of Juan Bautista de Toledo, and was completed by Juan de Herrera in 1584. The greatness of its basilica, the beauty of its chapel or its impressive palace, earned it the status of a Site of Cultural Interest in the category of National Monument in 1931, and the recognition of UNESCO as a World Heritage Site in 1984. What are you waiting for to discover it?

Royal Palace of El Pardo
Originally a Royal House, Carlos I's passion for hunting and the proximity of Monte del Pardo promote to the creation of this palace of two floors as a place of recreation and rest. Rebuilt on several occasions, it was Alfonso XII who fitted it out to serve as the royal residence. The last reform took place in 1967 under the direction of Ramón Andrada. Years later, the King Juan Carlos I turned it into a museum, which only closes its doors when it serves as a residence for Heads of State or when official and formal events are held.

Palace of the Marquis of Linares
If you are in the capital at the weekend, we suggest you to visit the Palace of Linares, currently the Casa de América. Located in the heart of Madrid, in the Plaza de Cibeles, it was the financial José Murga, Marquis of Linares and viscount of Llanteno, who ordered it to build to become his residence. Let yourself be dazzled by the beauty of its marbles and frescoes, and discover its mysterious legends. You can visit it on Saturdays and Sundays at 11am, 12pm and 1pm.

Palace of Gaviria
Very close to Madrid's Puerta del Sol is our next suggestion, the Palace of Gaviria. Built between 1846 and 1847 by the architect Aníbal Álvarez Bouquel for the banker and stockbroker Manuel Gaviria y Douza, Marqués de Gaviria, it was one of the most luxurious constructions of the time. Made in the Italian style, under the inspiration of the Roman Palace of Farnese, it currently hosts important exhibitions.

Cibeles Palace
Declared an Asset of Cultural Interest with the category of Monument in 1993, the Cibeles Palace, formerly known as the Cathedral of Communications, is the current headquarters of Madrid City Council and a cultural centre. Built by the architects Antonio Palacios and Joaquín Otamendi as headquarters of the Spanish Post Office and Telegraph Company, it was officially inaugurated in 1919. Don't miss this imposing building, located on the Art Walk, in front of the goddess Cibeles..

Crystal Palace
We are going to the so-called 'lung of Madrid' to discover this interesting construction erected in 1887 on the occasion of the celebration of the exhibition of the Philippine Islands. Made with crystal, as its own name suggests, the objective was none other than to display plants and flowers from Philippines as it is done in a greenhouse, fact which gave it the original name of 'pavilion heater'. Built by Ricardo Velázquez Bosco, it is currently one of the exhibition spaces of the Reina Sofía Museum.

Palace of the Duke of Villahermosa
This palace, former mansion of the Dukes of Villahermosa, now houses the Thyssen-Bornemisza Museum. Remarkably renovated in 1805 by Antonio López Aguado, a disciple of Juan de Villanueva, it was the residence of dukes and later a hotel for nobles. After several years of deterioration in which it passed through various owners, it was recently reformed by Rafael Moneo, with the aim of housing the collection of paintings treasured by Baron Hans Heinrich Thyssen-Bornemisza, which are definitely visible since 1992.

Royal Palace of Madrid
We have left for the end the visit to this palace, which was conceived as the official residence of the kings of Spain. Felipe V, commissioned the European architect Filippo Juvarra to build this magnificent building, which was completed in 1751 under the direction of a disciple of the previous one: Giambattista Sacchetti. It houses a select gallery of paintings that we recommend you to visit, and with very important musical instruments and the fascinating collection of the Royal Armory, will not leave anyone indifferent. The 'Throne Room', the 'Kings Chamber', the 'Porcelain Room' or the gardens of 'Campo del Moro' are well worth a visit to this palatial construction, the official residence of HM the King of Spain, which although he does not live there, he uses for State ceremonies..

More info: Palaces of the Region of Madrid