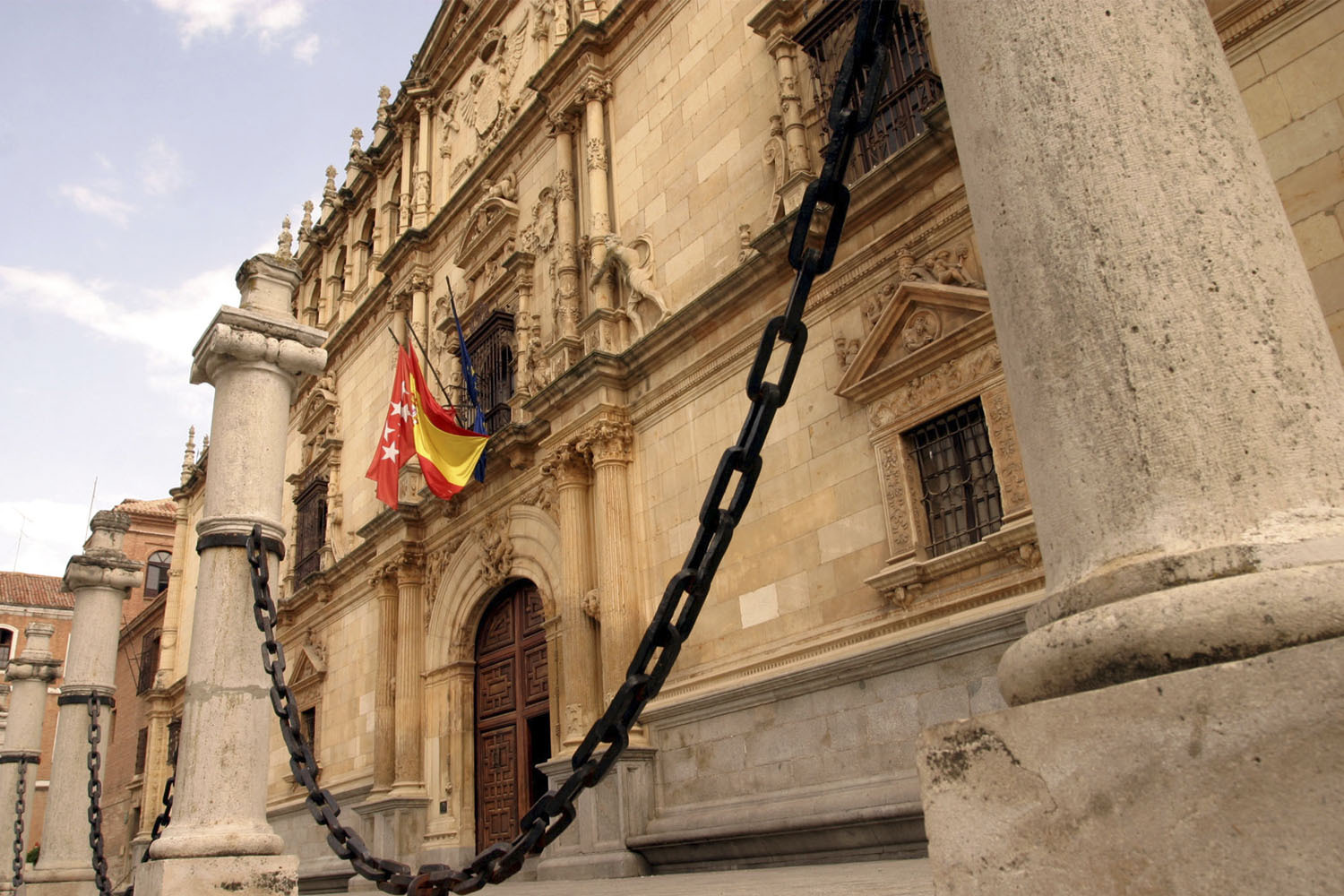 The historical assembly room of the University of Alcalá

In the past, college students used to dramatically cross the gates of the assembly room of the University of Alcalá when they presented their final dissertations. Nowadays, this same room hosts the awards ceremony of the Miguel de Cervantes Prize. Five centuries separate these two ways of experiencing the place, five centuries wherein the assembly room has been regarded as one of the most important buildings on a campus that was declared a World Heritage Site by UNESCO in 1998.

This room was built between 1516 and 1520, designed by Pedro de la Cotera under the orders of the Cardinal Cisneros. It was thanks to the latter that the University of Alcalá, the first planned campus in the world, was built. However, this renowned religious figure could not see it finished. In the 16th and 19th centuries, the assembly room held the most important academic events of the University of Alcalá: inaugurations, closing events, graduations, etc.

An architectural wonder
The assembly room is not only relevant due to its historical meaning, but also because of its artistic value. If we come in, we will quickly notice its Mudejar-style coffered ceiling embellished with six-pointed stars surrounded by hexagons, both shapes keeping rosettes inside them. The cathedra is another eye-catching element in the assembly room, traditionally plateresque, which means its ornaments include Gothic and Renaissance features.

There are two main sections in the assembly room. The lower one has a tiled floor and it holds a tribune surrounding the room, the cathedra, and the wooden benches. The upper section is crossed by a corridor with segmental arches where the students used to gather to attend events in the past.

The University of Alcalá, the heart of the Spanish Golden Age
Apart from the assembly room, the University of Alcalá has many other constructions of great historical and artistic value. Some of them are the residential college of San Ildefonso, where we can find the assembly room, the palace of Laredo, the Trilingüe courtyard, or the faculty of Colegio de Málaga. Thanks to the university complex, Alcalá de Henares became an acclaimed metropolis worldwide, particularly during the Spanish Golden Age. Lope de Vega, Quevedo, Juan de la Cruza and Ginés de Sepulveda are some of the renowned intellectuals who studied here.