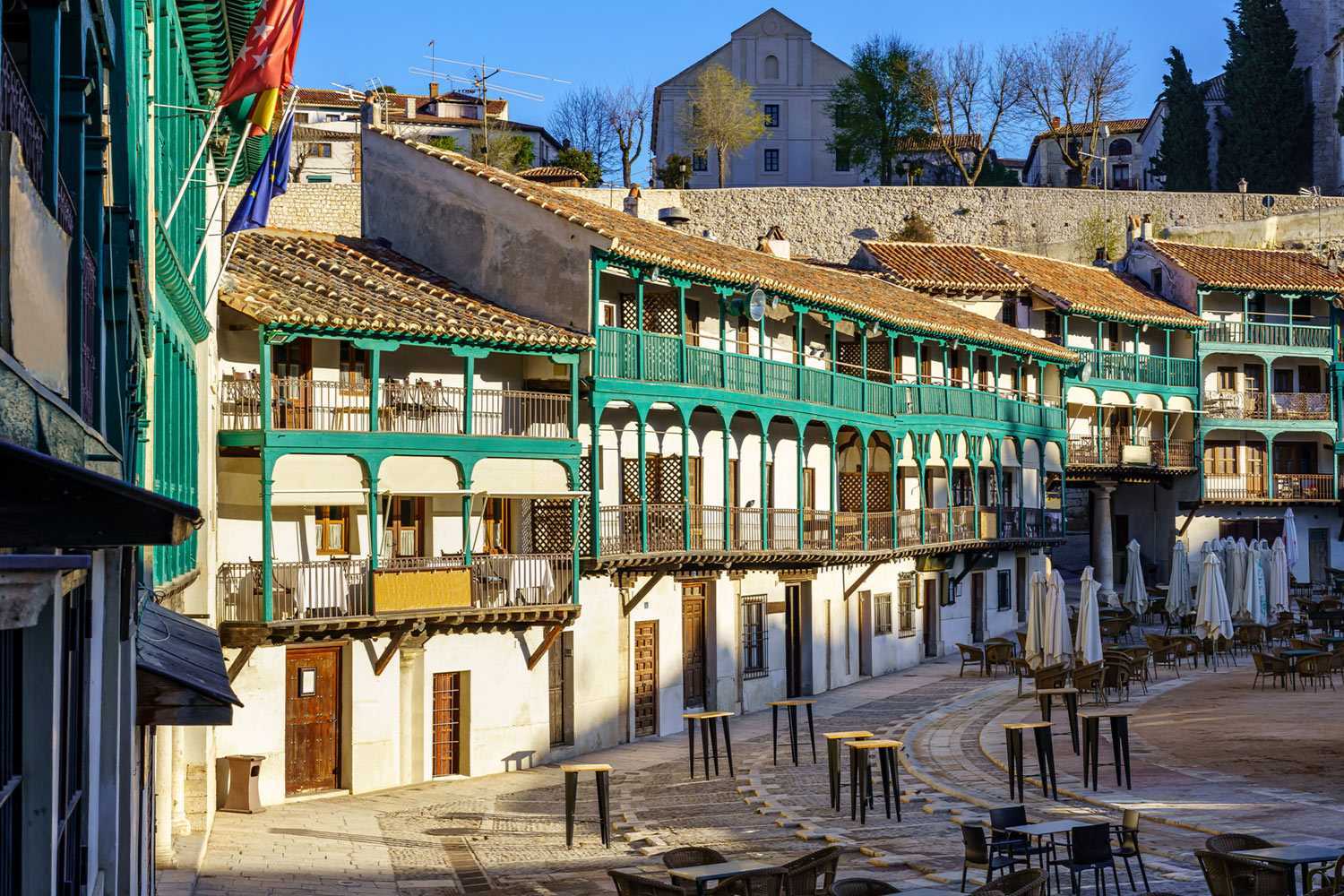 Chinchón is one of those destinations that make you feel like you are in a movie, and we will probably want to play this memory in our heads a thousand times! The history of this Villa in the Community of Madrid goes way back, like a script for the traveler to follow. The set is ready now. The main square, a castle, a theater…

Revisiting the set
If we travel 28 miles to the south-west of Madrid, we will soon begin to catch a cinematic scent. Located near Aranjuez, in the watershed of the Tajo and Jarama rivers, this historical spot will appear before us once we cross the bridge of Arganda.

After we leave the river behind, we will be able to park the car in the parking lot of San Roque, next to the convent of “Las Clarisas”, a beautiful piece of religious architecture. The windows there let out the tempting smell of the sweets baked by the nuns. 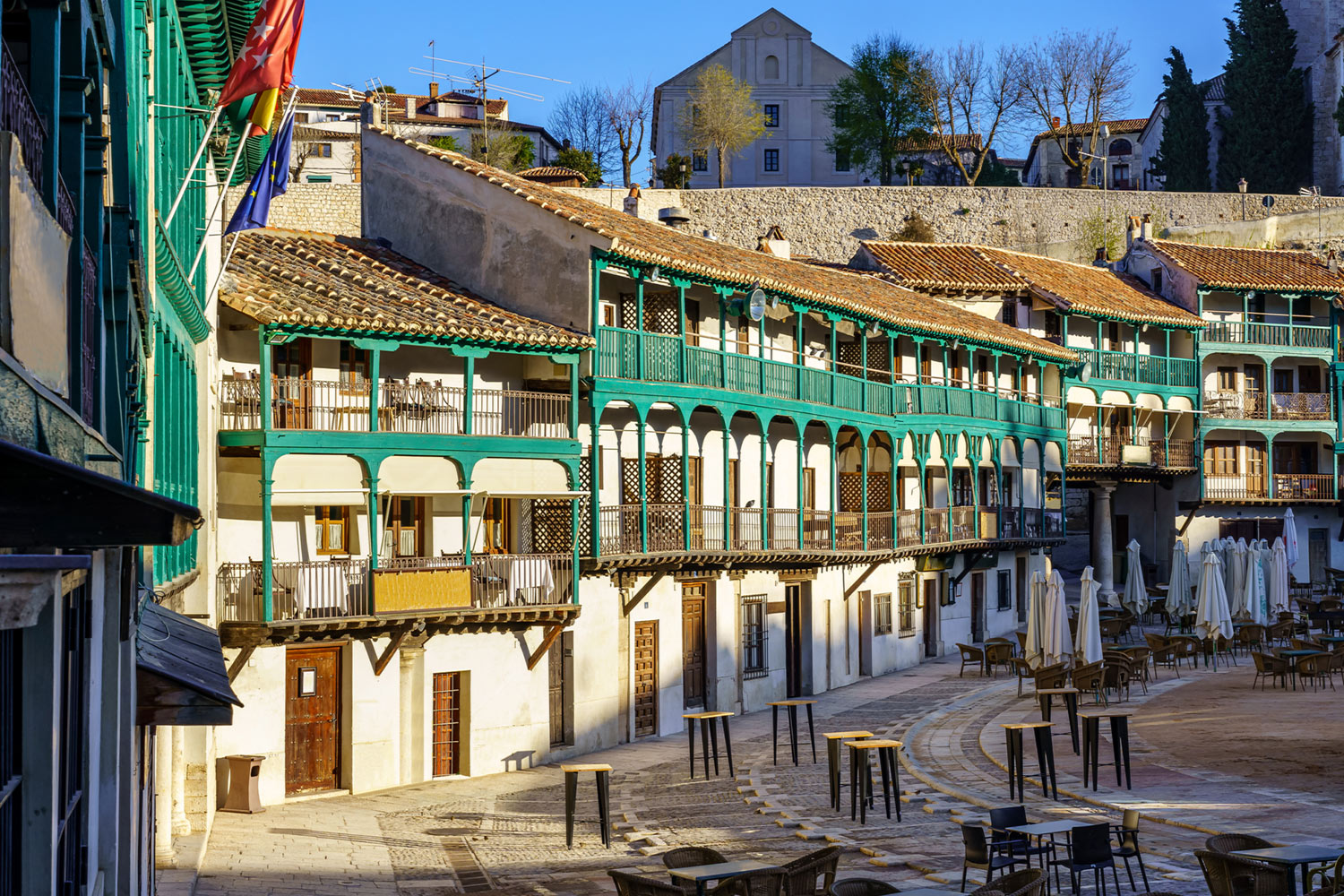 Now it’s time to explore the old town. We might walk around its streets or seek the shelter of the porches. Every step draws us a little closer to falling in love with this village in Madrid, just like it happened to Citizen Kane. The love story begins with a meet cute in the main square. 234 balconies make up a scene that will seem familiar to many due to its role as a bullring in the movie Around the World in 80 Days. No matter if we have seen it or not, we will fall in love at first sight.

This set has served different purposes since it was built between the 15th and 16th centuries. Indeed, it has been a corral de comedias—a traditional Spanish theater—and a livestock fair, besides a walking area for Juana I and Felipe I of Castile. Now it’s a meeting point for both travelers and the citizens of Chinchón. The church of Nuestra Señora de la Asunción rests on the square too. It dates back to the 17th century, although it was rebuilt after the French troops set it on fire. Inside the church, the main altarpiece keeps an Assumption of Mary by Spanish painter Francisco de Goya. 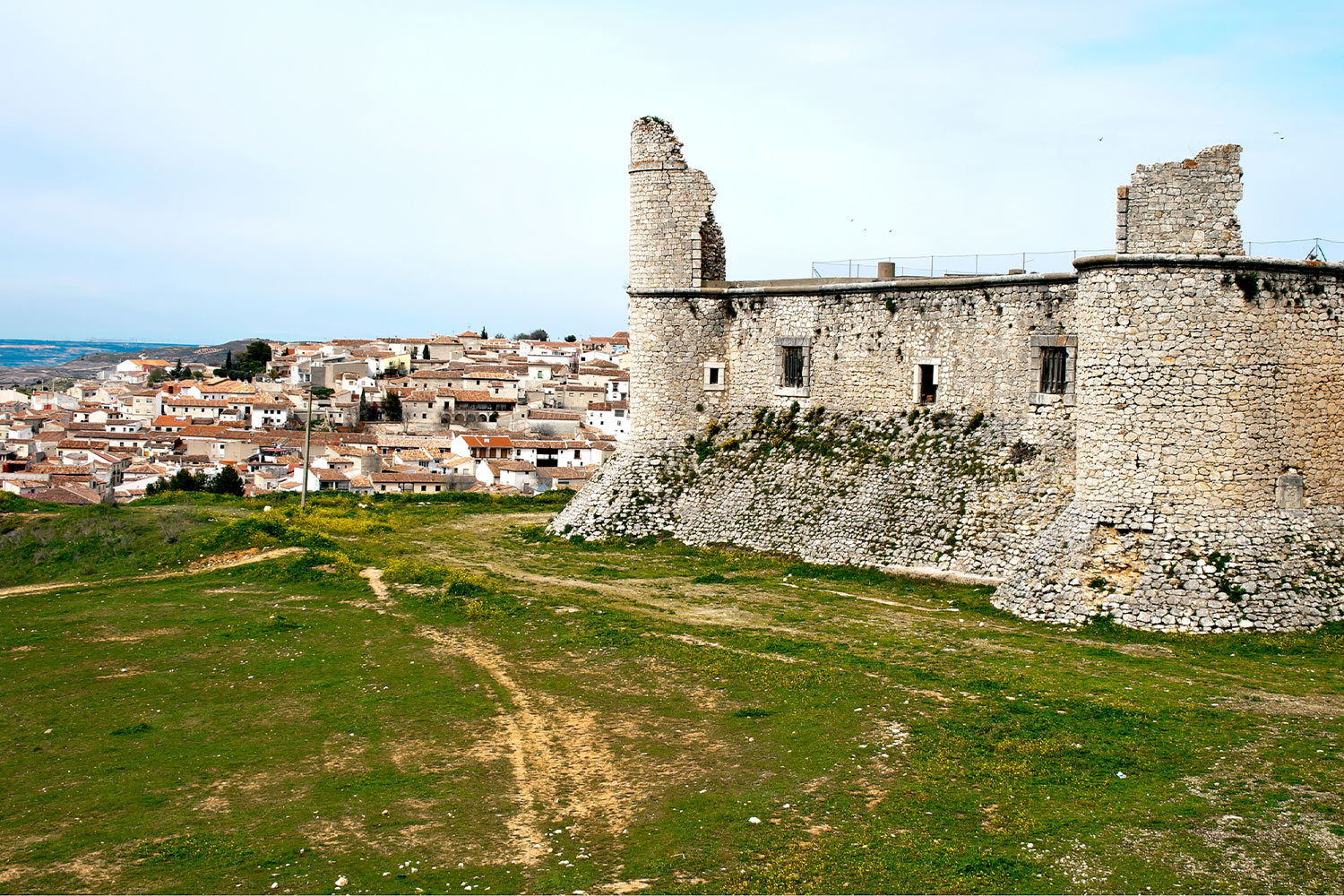 A motion picture of castles and theaters
The castle of Chincón, or “Castillo de los Condes”, which dates back to the 15th century, has survived several attacks and sieges. However, it stands, timeless, displaying a stunning silhouette. At this point, Chinchón has already won the traveler’s attention. However, there is still a good amount of video footage to see. 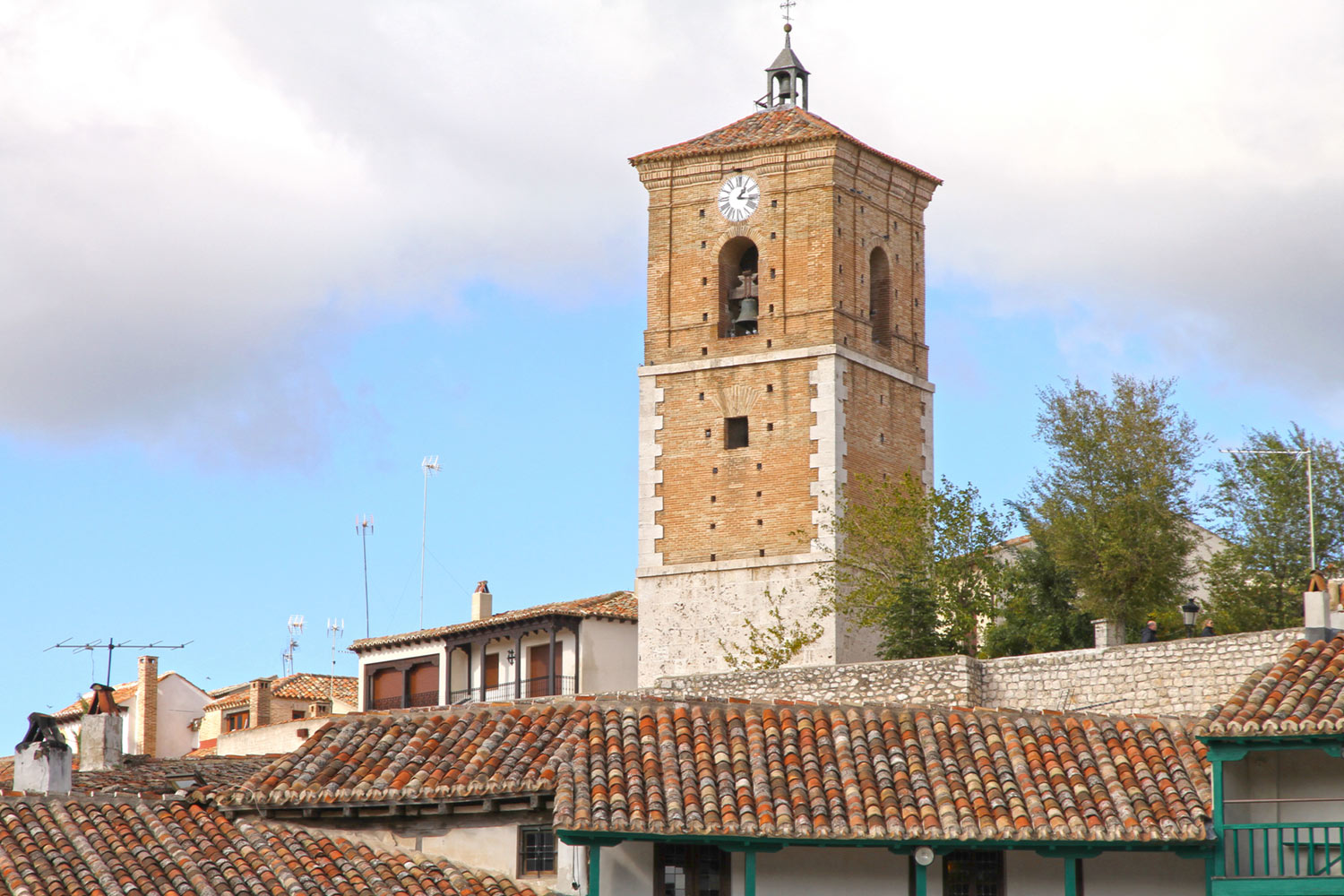 We might now head to the convent of San Agustín, current parador that hosts tourists. Its long corridors still reminisce the quiet study hours that many spent there learning humanistic matters. Similarly, the annexed chapel of Nuestra Señora del Rosario conveys the peacefulness of its prayers.

We can sense nearby the ghost of the church of Nuestra Señora de Gracia, which was destroyed during the Peninsular War. Before that, an important historical figure arrived at Chinchón. Indeed, in February 1706 Felipe V stayed at Casa de la Cadena, a three-floored baroque building with a chain on the door to honor the visitors. From this point, the roads take us to the main square, a place where there are always new things to unfold, like the old wash house, currently a tourist office, or the city hall, standing there since 1499. 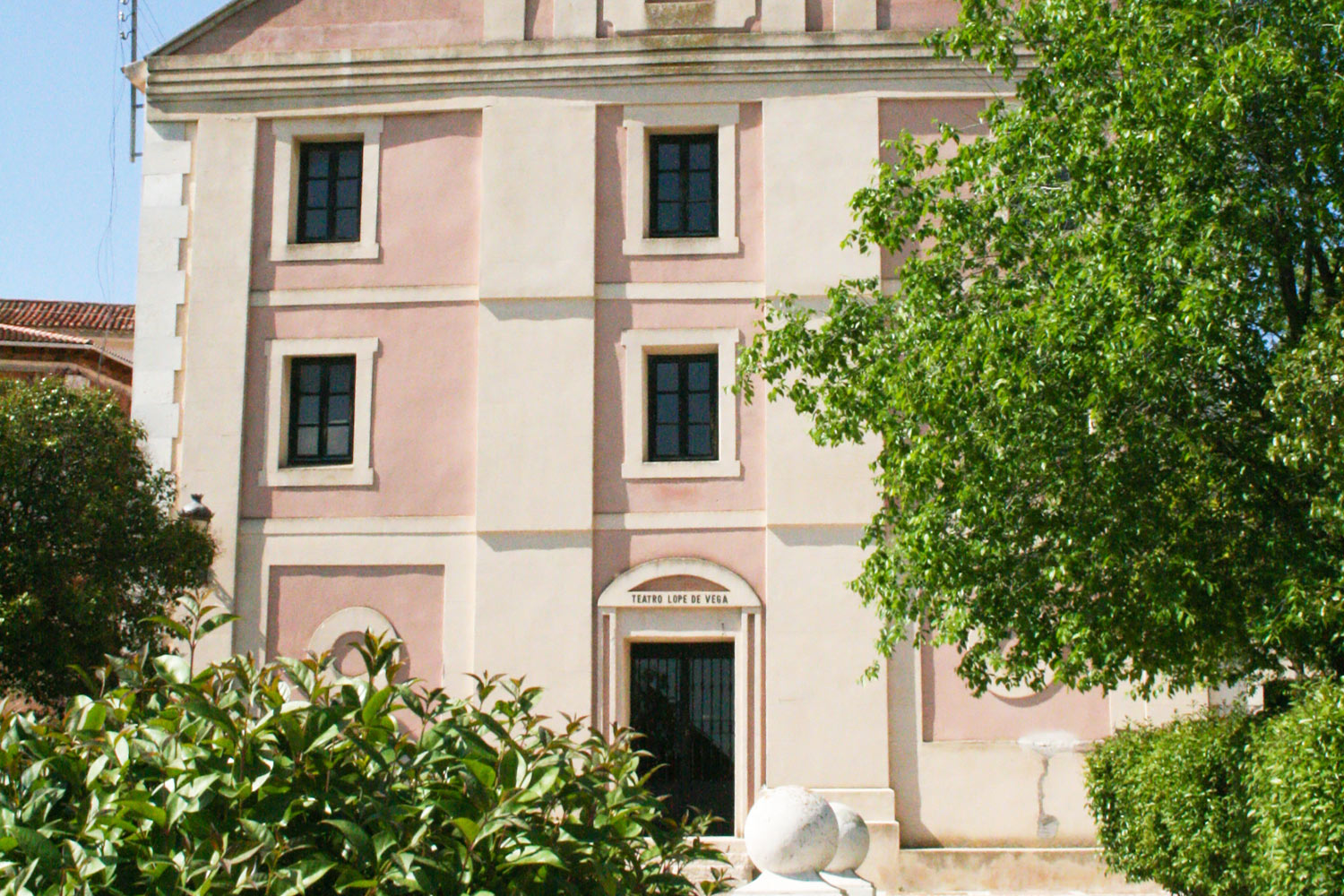 The tower clock tells us it’s time to watch a play in the theater of Lope de Vega, whose name alludes to the time the Spanish playwright spent in Chinchón. A round of applause travels through the air. The traveler should soon get ready to produce a sequel of the wonders around them. Over the valley of the Tajuña, the castle of Casasola recalls times long past. This place also serves as the starting point of routes heading to Aranjuez, Ocaña or Cuenca. 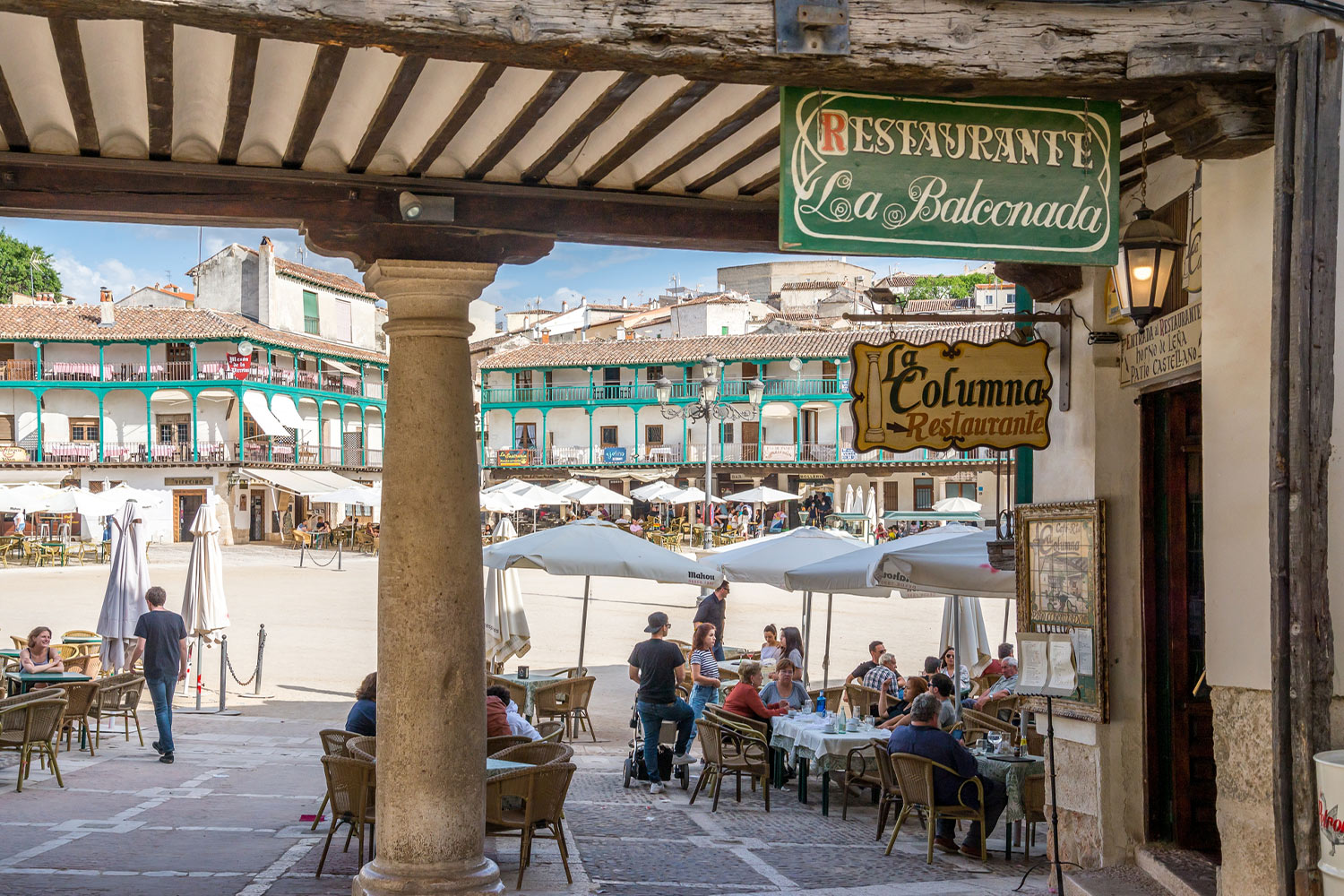 Lastly, we shall revisit the square and its restaurants. When the end credits start running, we could enjoy a dish of meat or garlic with anise, making a toast with a local liquor. Let’s raise a glass to the fact that, in Chinchón, the end is only a new beginning. There will be more summers full of festivities, medieval markets, etc. See you again, Chinchón.