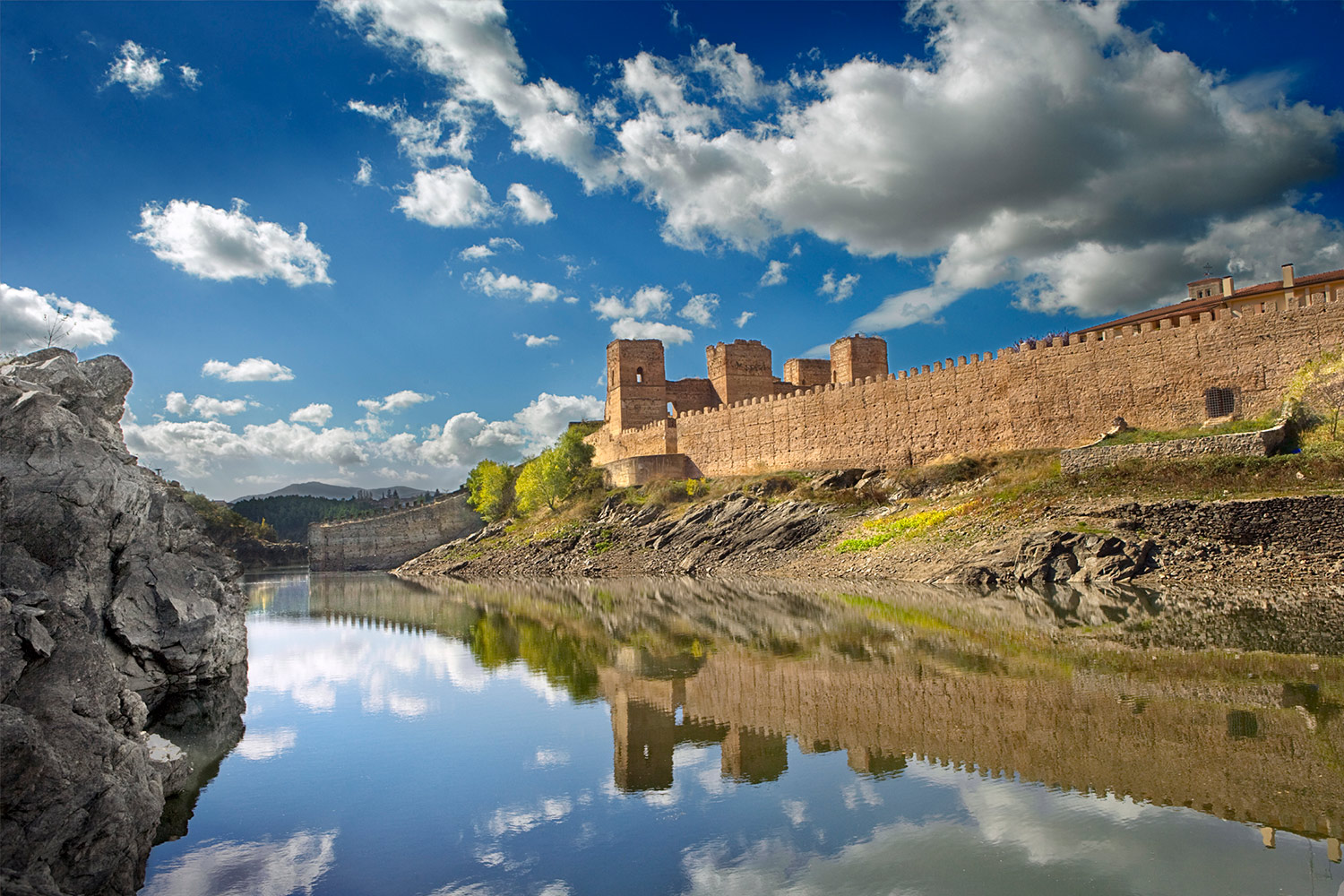 Buitrago, a medieval dream over the Lozoya river

When we look at it from the hill’s lookout point, Buitrago seems like a distant place. Not only in terms of space, but also far away in time. Down there, next to the river, the walls treasure the remains of the Middle Ages. The town raises over the surface of the Lozoya river, creating a peninsula surrounded by a natural moat. A castle, a church, a bell tower, defensive walls, legends about kings and knights… Buitrago gathers every compelling ingredient for the spell it casts on Madrid’s northern mountain range.

The Middle Ages inside the walls
It’s difficult to believe this medieval town is only an hour’s travel away from the city of Madrid. Once we step down from the car or the bus, everything we have seen before begins to vanish. The traveler gets immediately captivated by Buitrago since the moment they set foot there.

The bell tower in the Constitution Square marks the start of our tour. Said tower constitutes one of the access points to the 11th-century walls. This fort is considered one of a kind due to its great conservation status. The echoes of the Muslim past, reconquests and Napoleonic attacks still roam in the air. There are also traces of illustrious names there, like Trastámara or Mendoza.

Following the whispers of the wind, we will pass under Arco de las Nieves (“the archway of the snows”) and then reach the church of Santa María del Castillo. We might plan our next stop as we admire the stunning panoramic view from the tower of the church. History bustles on the ground, on its ancient mosque. It’s always a good idea to visit the restored interior, which was burnt down during the Spanish Civil War. There, the Mudejar ceiling makes up a whole sky. 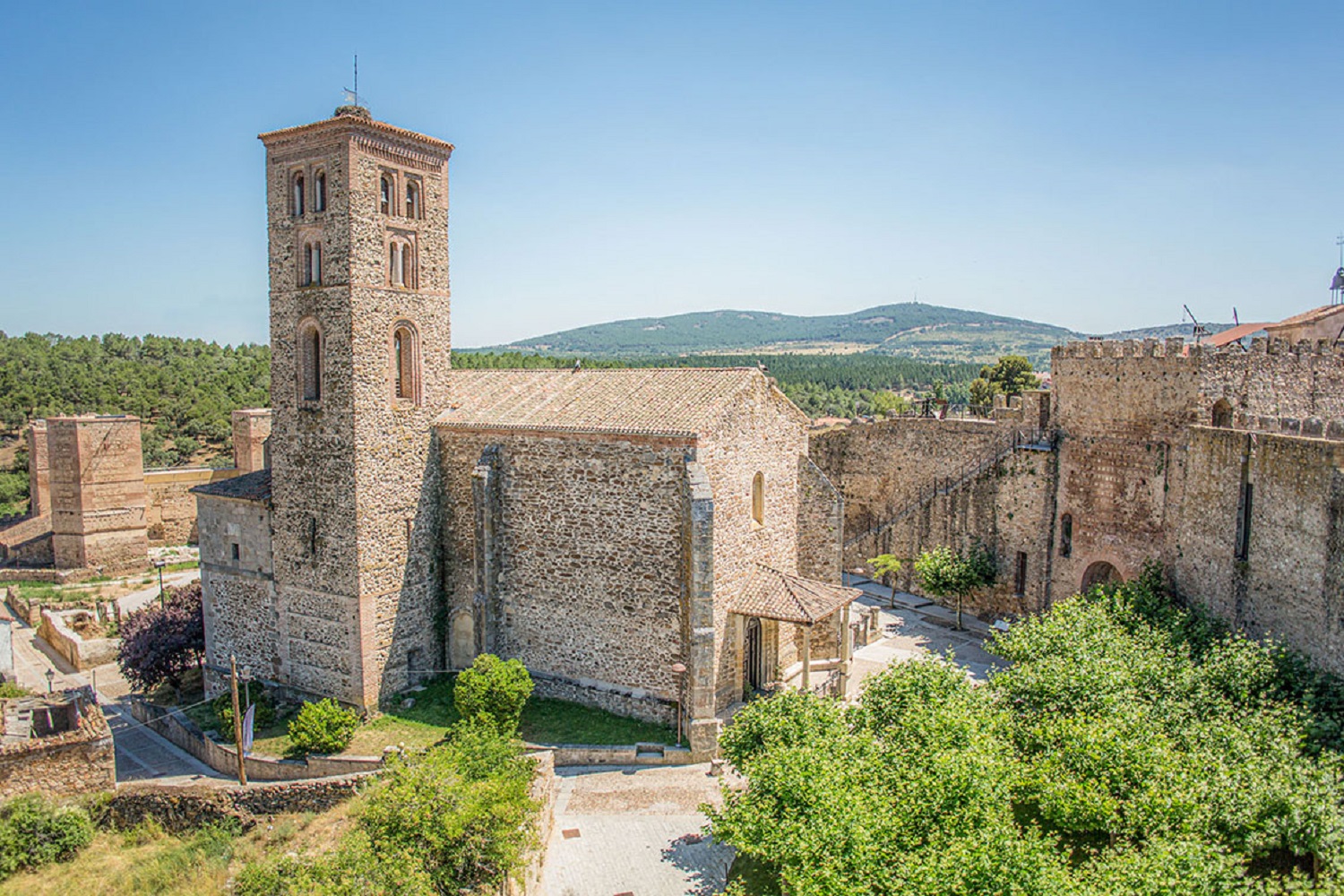 There is no much left of the castle of Gothic and Mudejar architectural style. However, it’s enough to let our imagination soar free. Now we might walk through the wall, and its 870 yards of stone and beautiful views. We can depart either from the church or from the castle, and admire old artillery or a medieval garden; the surprise will be delightful. There is a signature projection on the wall, just above the water, designed to protect the town from outer attacks: the “coracha”. We could go down to the river, and enjoy some calm and rest before we continue.

Outside the walls
Life breathes outside the town’s walls too. We only need to cross the old 14th-century bridge to see that. This monument was built in the Cañada Real of Segovia, and we can enjoy amazing views from there. Crossing this bridge means to dive into a world where nature rules over everything. 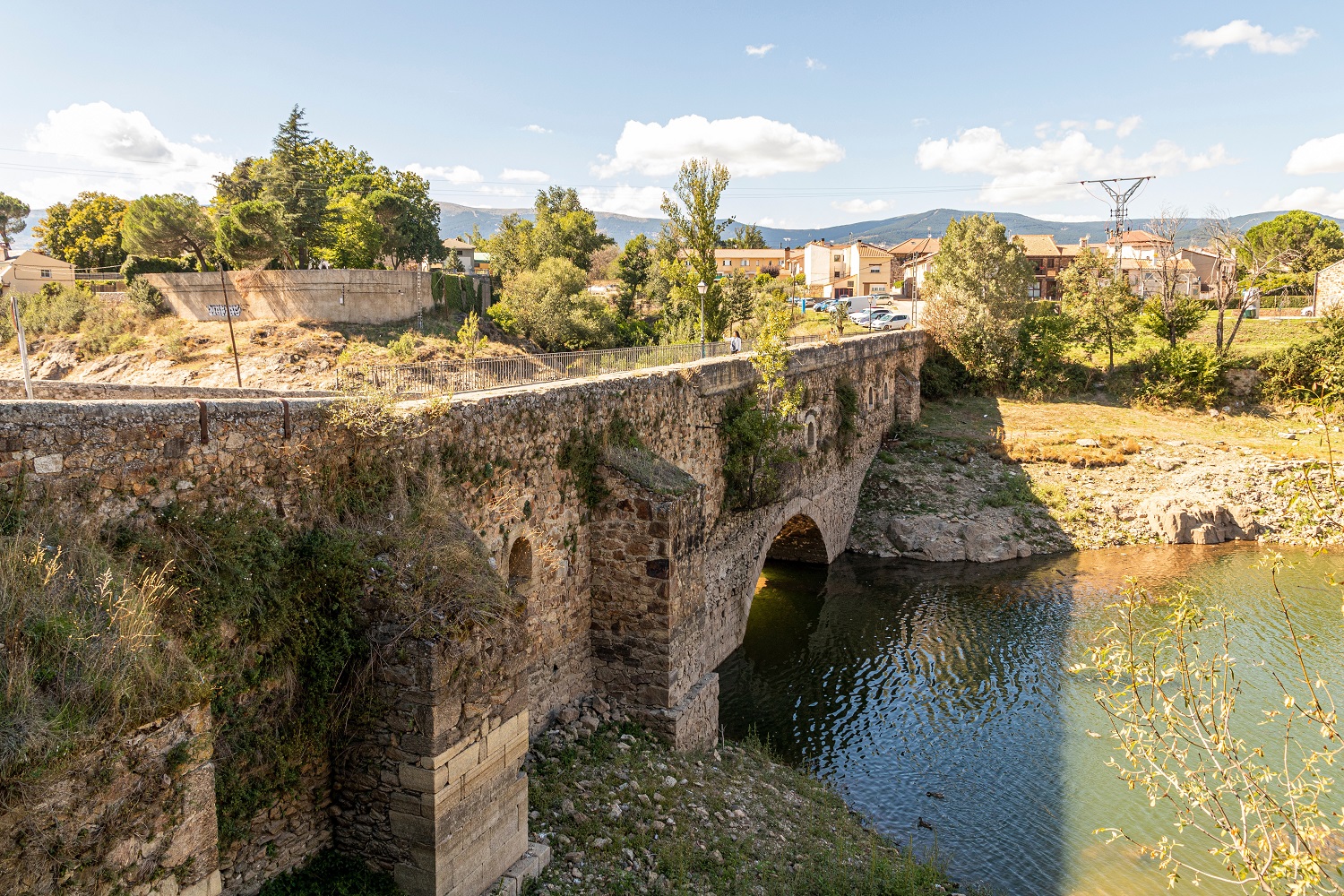 A property located next to the road works as an improvised gate towards the Cigüeñal, a small stream threading through our path. Eventually we will reach a natural lookout point where one can grasp the beauty of the surroundings. If we go on, after a while we will see, raising among pine trees, Casa del Bosque (“the house of the forest”). This Renaissance palace dating back to the 16th century was used by the Dukes of Infantado for hunting. Now that the palace is in a state of ruin, its essence resembles a ghost trapped in the days of the past. We could also talk about the ghosts of those who died in the trenches of Frente del Agua, a witness of the Spanish Civil War. 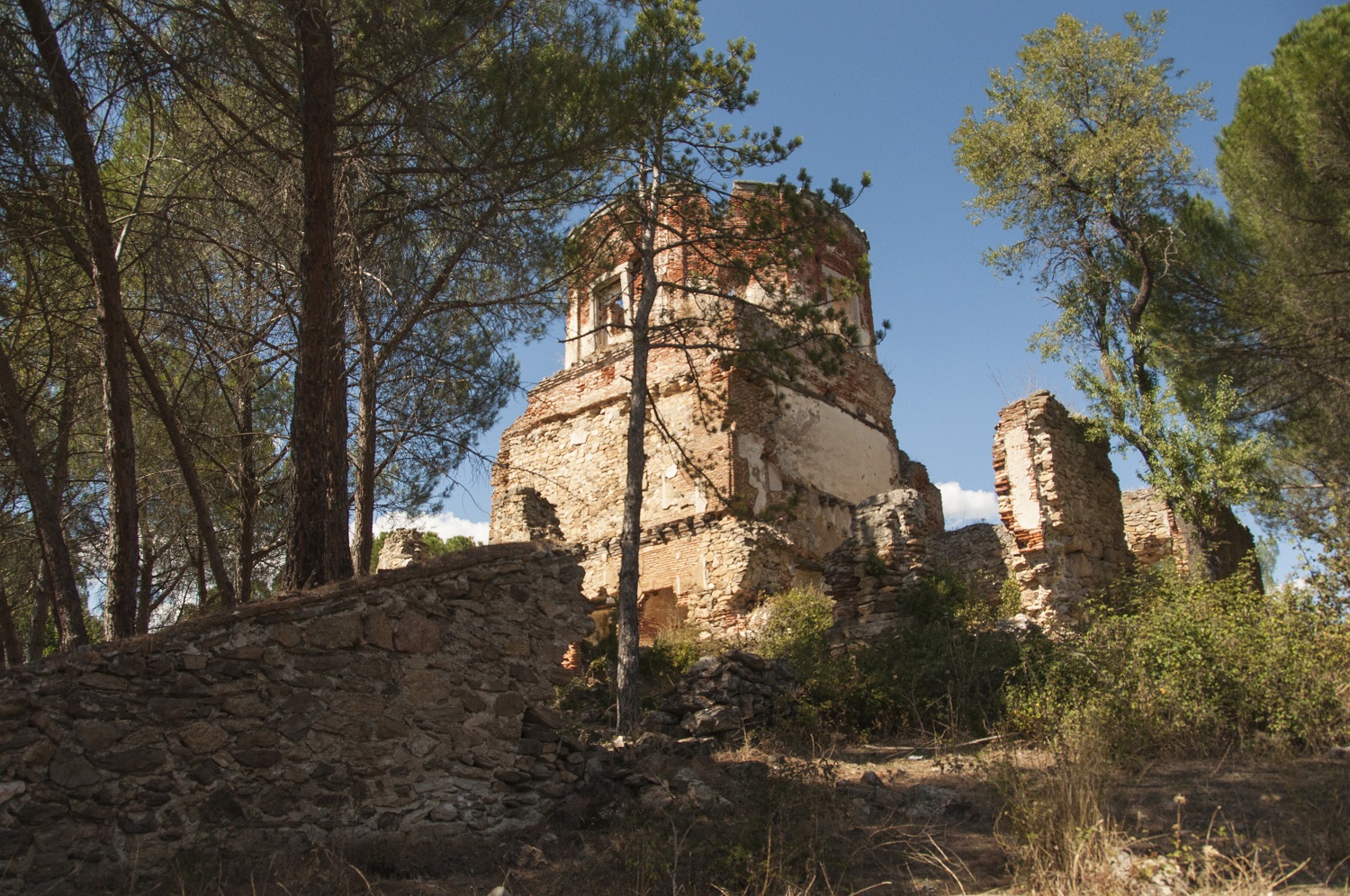 Outside the forest, the air becomes clearer… calmer. The reservoir of Riosequillo rests nearby, a natural pool that invites us to enjoy a nice summer’s day. There is another reservoir, Puente Viejas, which offers sports and adventure experiences. Further away, we have the beech forest of Montejo, one of the natural wonders of the Sierra Norte mountain range. This protected site can be accessed by booking it in advance.

Back in Buitrago, the Eugenio Arias art collection in the Picasso Museum will be the perfect snack for the evening. The sun is setting in the Constitution Square, and the moon shines, one day more, lightening up the refection of Buitrago on the river’s surface.