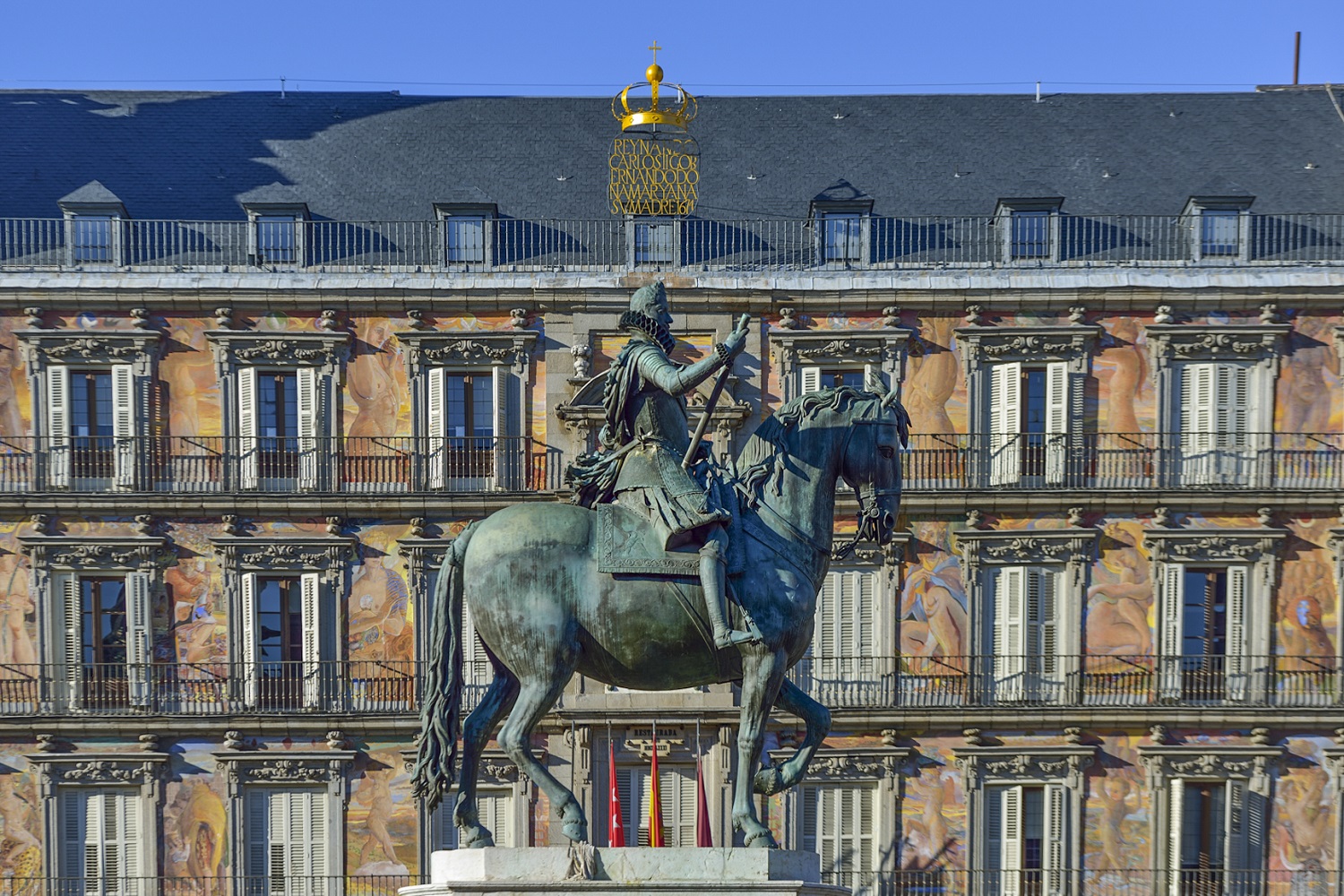 A route through ancient Madrid

Chasing the past of Madrid, a city that has been there for centuries, is always an exciting thing to do. This plan is both cultural and historical, of great beauty and really interesting. We will start by learning about the foundations of old Mayrit, founded by the emir Mohamed I in the 9th century, and then we will embark on a journey through the past that will take us to the oldest monument in the city—which, curiously enough, was also the last to arrive. Madrid is always full of surprises.

Age-old Madrid
To start with this route through old Madrid, we will examine the remains of its old walls, declared a National Heritage Site in 1954. It had 128 towers at some point, but only two of them remain. We can see part of the wall in Bailén Street 12, under a 20th century building.

There are two beautiful churches dating back to the Middle Ages. The church of San Nicolás de Bari de los Servitas was declared a National Heritage Site in 1947. Its 12th century Mudejar tower is regarded as the oldest building in Madrid, competing with the temple of San Pedro el Viejo. This church was already mentioned in a 1202 fuero, a Spanish legal document. The different reforms conducted over the years have brought us a building from the 14th century.

We will also experience the Middle Ages when we walk across the narrow streets in the suburb of La Morería, guiding us to the square of La Villa, probably the oldest one in the capital city. Other buildings we can visit in this area are the house of Lujanes with its beautiful tower, from the 16th century, and the house of Cisneros, from the 15th century.

Another typical place in Madrid is the corrala in the street of Redondilla. Corralas are traditional houses that used to be very common in Madrid. The one in Redondilla, the oldest of them all, was built in the beginning of the 17th century. Nowadays, it works as a school.

Antiquity for all tastes
Considering Madrid’s rich history, this route through its oldest spots could go on forever. For example, it would be a good idea to visit the National Museum of Natural Sciences, which is the oldest public museum in the country. Even though it did not start out exactly the way it is today, this building opened up in 1771 and has not closed its doors since.

It is also interesting to explore the oldest store in the capital city: the apothecary of Reina Madre, which dates back to the 16th century. It lies in Calle Mayor 59, and it keeps welcoming tourists without stopping to function normally. It was originally the store of an alchemist from Venice that worked for Felipe II, one of the most influential monarchs in the history of Madrid.

Another important spot we might like to visit is the market of San Miguel, which still plays an important role in Madrid’s lifestyle. It started out as an open-air market, but eventually they covered it and it ended up looking a bit different. It was built next to the church of San Miguel de los Octoes, which is not there anymore. This church gave the market its current name.

We will bring this route to an end as promised: visiting the oldest monument in Madrid—which was also the last to arrive there. Of course, we are talking about the Temple of Debod, built in Egypt in the first century BC. However, it was sent to Madrid in the 20th century, as a thank you gift from the Egyptian government. It would later become a signature monument of Spain’s capital city, a different trace of the old world.