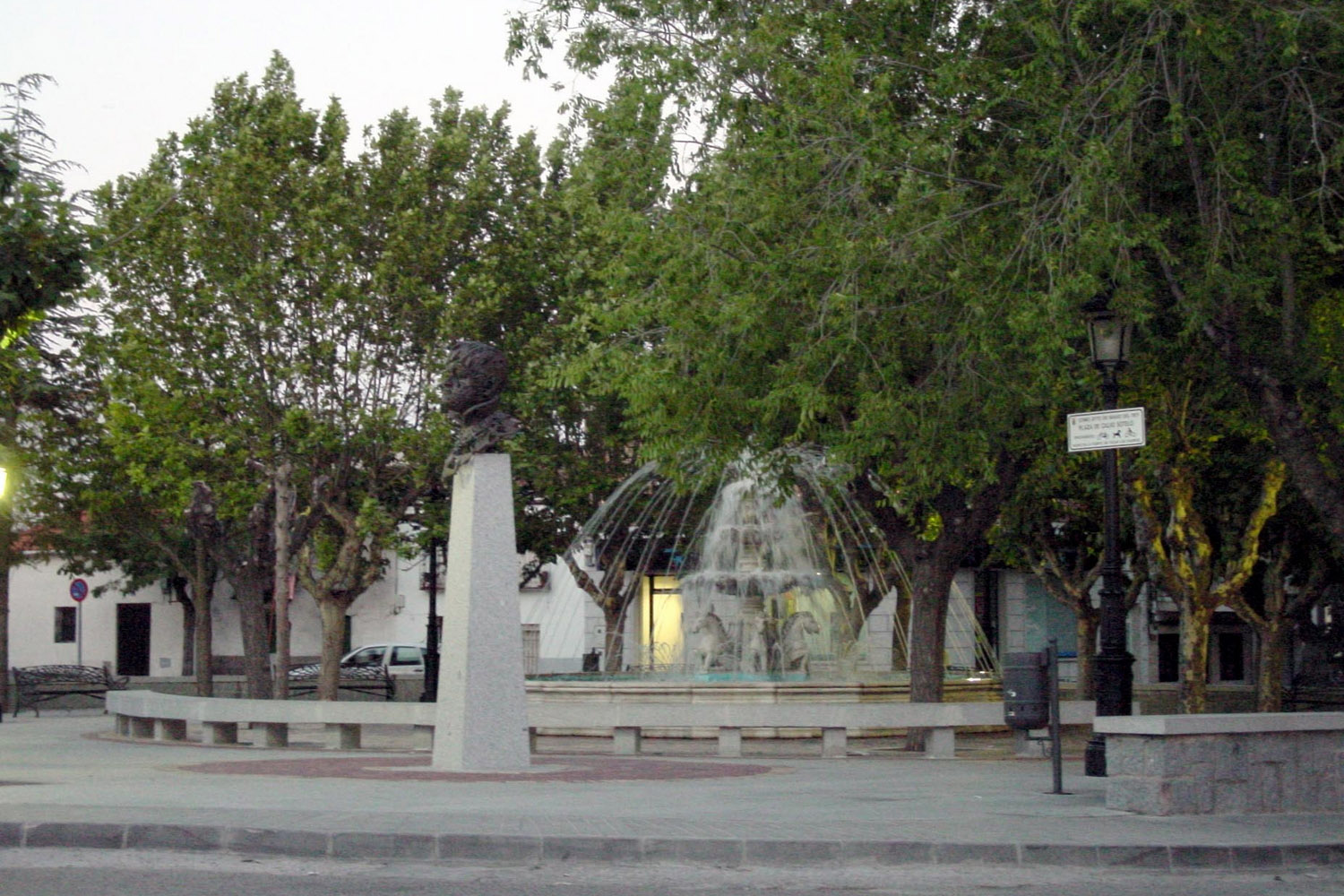 There are many reasons to visit this municipality located in the southwest of the Region of Madrid. Its culture, gastronomy, handicrafts, customs, heritage, but above all its natural enclave, which places it in the region of the Alberche river basin, in an area of transition between the mountain of Guadarrama and Gredos, which gives it a unique ecological and landscape value.

At a distance of 52 kilometres from the capital, and at 709 metres above sea level, the municipality is accessed by the M-501 road. In the north it borders the town of Robledo de Chavela, Chapinería and Colmenar de Arroyo to the west, Aldea del Fresno to the south and Pelayos de la Presa and San Martín de Valdeiglesias to the west.

With more than 2000 inhabitants, the image of Navas del Rey is peaceful and relax in the middle of nature. Surrounded by streams, which flow into the Alberche, as well as the Cofio River, which limits the municipality to the northwest and gives way to the mouth of the San Juan reservoir, from where we can contemplate postcards of nature, unparalleled landscapes, with an undoubted ecological value.

They stand out for their great beauty, the ecosystems of the holm oaks on sands and stone pine forests, overflying valuable protected species such as the Imperial Eagle or Black Stork. The 'Dique de Picadas', which is located in the Alberche River at its exit from the San Juan reservoir, houses granite materials and steep slopes on its walls, a space protected by the dams and wetlands law of the Region of Madrid.

For lovers of natural beauty, we recommend the path of the Via Verde del Alberche, with 16-kilometre-long, where you will find an unparalleled riverside landscape. Nevertheless, there are 14 more trails, all of them suitable on foot and by bicycle, to enjoy nature in its purest state.

Place of hunting within the Dehesa Real, mentioned in the Book of Montería of the King Alfonso XI, housed a hunting pavilion for use and enjoyment, which still exists with its tower of sighting, warehouse and cellar. Navas was not formed as a municipality until the end of the 18th century, when it obtained its own cemetery and parish church, granted by the archbishopric of Toledo. It had to be the King Ferdinand VII, who granted the title of Villa on April 22,1819, definitively.

Due to the origin of the trades of its inhabitants, livestock, cereal crops, olive trees, vegetables and beekeeping we can find the configuration of their constructions. Thus we can find agricultural dependencies, housing of different rural configuration, which in a good state of conservation have attracted new inhabitants to the municipality, together with the development of the services sector.

Its artistic heritage includes the Church of San Eugenio, built late in 1782, when it ceased to depend on the Monastery of Valdeiglesias and San Martín. Inside, it houses valuable works such as the image of San Diego, the Virgin of Candelaria, a Virgin with Child, and a polychrome sculpture of San Joaquin, baroque work from the 17th century.

Inside the tour you must visit the Ethnographic Museum, which recovers the region's values and traditions, we will discover the history, culture and way of life of its settlers that takes visitors back to another era. We also highlight the visit to the Fauna Recovery and Environmental Education Centre, which is dedicated to the collection and care of unattended animals, training for proper animal treatment, and maintenance as well as basic notions of biology and awareness point in environmental education for inhabitants of the area.

The gastronomy of Navas del Rey, is signified by its natural products, among which stand out its typical Castilian stews, of course the famous garlic soups, the meat, all this without forgetting its accompaniment for the excellent wines with designation of origin. Finally, we recommend the exquisite homemade home bakery and pastries.