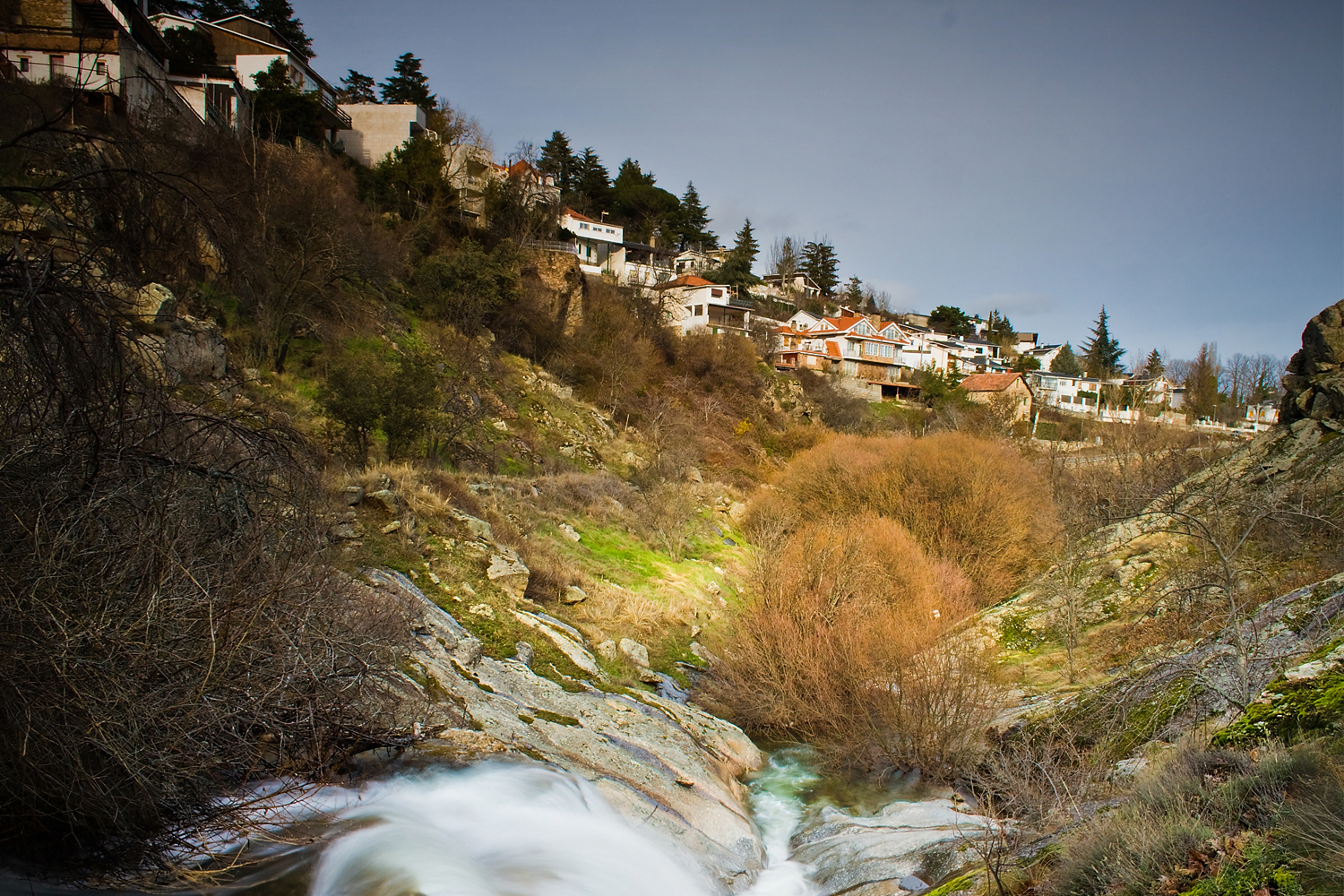 There are many reasons, and all attractions, to visit this beautiful town of the northwest of the Region of Madrid. It's no accident that a Nobel Prize in Literature, Vicente Aleixandre, chooses Miraflores de la Sierra to spending long periods of time admiring its landscapes. Do you want to know more? Come on, we started our getaway!

The Madrid town of Miraflores de la Sierra offers a breath-taking view from the 'Barranco' that borders on the south side, and gives way to a path that descends to the former colony of Cerro de los Santos, which shows its stately homes proud the passing of time.

At the Barranco del río de la Luz, is accessed leaving of the town towards the 'Mirador de la Virgen' and 'Fuente de San Juan', two emblematic points in the town, which give way at the beginning of the street, a tombstone in memory of the Engineer of Mountains, author of the reforestation of the area, Joaquín Aguirre e Hidalgo de Quintana. In the direction of the route, leaving constructions, the landscape opens to meet up with the stunning view of 'Barranco' with the Mount 'La Najarra' as a witness.

We will find on our right a path, which was has to pass for the locals who populated the area and ends at the 'Fuente de los Borricos', where the animals and their owners would gather to talk and rest. Enjoy walking towards the river, until you see the ruins of a prosperous industrial past but already disappeared, it's the 'Molino de Salustiano', located across the Bridge of de la Luz River.

Then, by the path we will locate two points of visit: the 'Fuente de la Villa', wide and restored, and the 'Fuente del Cura', date from 1888, more modest, whose name comes from the wealthy religious, Juan González Borizo, who was owner of most of the land that runs along the route.

The 'Recreation area Fuente del Cura', gives way to a paved track in a good state, and on your left, an old factory of mouldings, which will access to the Colonia del Cerro de los Santos. In its main avenue, called de Madrid, we see the stately homes of the second half of the last century, which were ceded to the wealthy classes by the City Council, with the condition of being inhabited in the summer, and this way brighten the municipality.

At the end of this avenue, we reach the parking of the Gruta de Nuestra Señora de Begoña, which dates back to 1952 and can be visited in the timetable available in its entrance, bordering the Cerro. Finally, we can only descend to the starting point, which will access across the bridge, to then take Vicente Aleixandre Street.

Of course, you cannot leave without discovering the charms of Miraflores de la Sierra through its poetized visits 'Aleixandre y las voces cercanas', that thanks to his success, have been extended and will take place again the next 6th and 19th November at 12am. Let yourself be carried, by the hand of two actors, through the places and corners that Vicente Aleixandre explored during the long periods that the Nobel Prize in Literature spent in the town. In this link, you will find more information related to this activity, as well as how to get your tickets.

Don't think twice, and discover the other side of Miraflores de la Sierra!