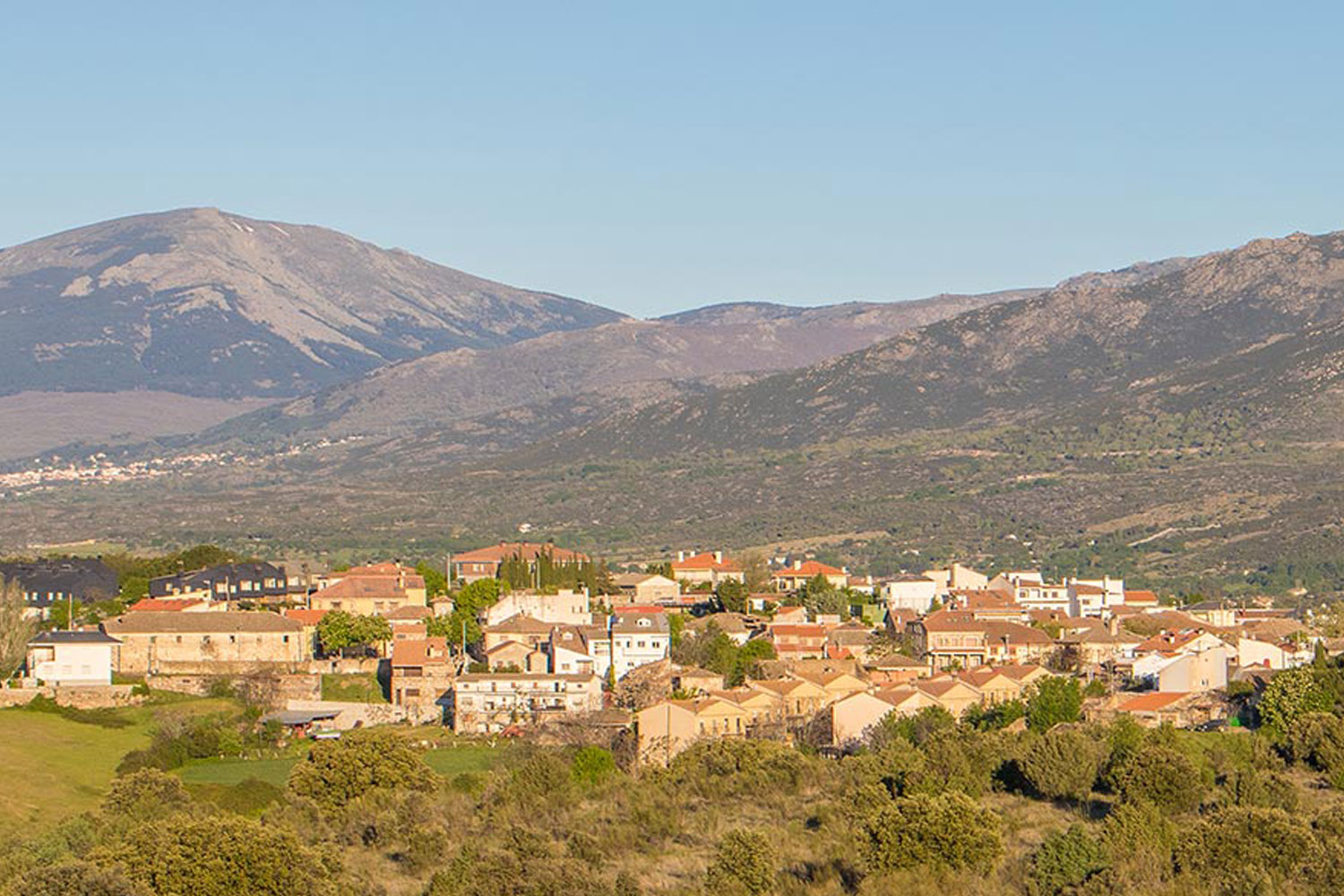 In the Sierra de la Cabrera region, in the northern of Madrid, is located the village of Cabanillas de la Sierra, 58 kilometres from the capital. Its location on the "Camino Real de Burgos", gives it an enclave of great historical importance. Its famous glens shape its landscape with its stockbreeding of fighting bulls, as another of its signs of identity. Do you want to come with us?

With just under 1,000 inhabitants, Cabanillas de la Sierra has found its place in the towns that are well worth a visit in the Region of Madrid. Its already mentioned site, which made it a point of passage to France, and because it boasts that Napoleon Bonaparte spent a night here on one of his trips. It has also been a movie set, as it was the place chosen to film "Jenaro el de los 14", which caused the neighbours were improvised actors.

Its footpaths allow you to have several routes that run through natural places rich in plant varieties, animals and natural landscapes. We must not overlook the livestock tradition, Cabanillas was the first town in Spain where the silhouette of the bull of Osborne was seen on the horizon, which makes perfect sense, because in these lands the bulls are very brave, as evidenced by the fact that being part of the Ruta del Toro of the Region of Madrid.

Called the “Puerta de la Sierra Norte de Madrid”, it boasts spectacular views of the Cabrera and Guadarrama Mountains. There is nothing better to discover this landscape than a stroll along any of the three-guided trails that exist in the municipality, known as the Ruta del Toro, the Ruta Ecológica de las Dehesas and the Ruta Ecológica de la Vega, all perfectly marked and with informative panels.

From 2km to 9km, they are suitable for all ages, and for walkers or cyclists. In any of them we will enjoy the varieties of the Mediterranean forest, the ash and holm oak pastures, a peculiar forest of junipers, aromatic shrubs and rushes. We will discover the animal species that inhabit these lands, of course the cattle ranches of the mentioned 'fighting bulls', and species such as wild boars, rabbits, urchins or even foxes.

A wide variety of birds of prey roam the skies of the locality, such as red kites, griffon vultures or golden eagles, as well as the song of the nightingale or robin. In the streams there is a great diversity of amphibians and reptiles, such as the common toad or snake. In our stroll we will see ancient caves where the wine of these lands was stored, a flourmill, and stone watering places that will take us to scenes where the traditional crafts were present.

The village is not exempt from a more than remarkable architectural heritage. We highlight the Church of San Juan Bautista of the seventeenth century, in baroque style; the Town Hall building (1943), with the clock tower in the style of the Casas Concejo; or the Puente de los Arrieros (1783), also called Puente Viejo, which was part of the old ‘Camino Real de Burgos’.

Of course, in Cabanillas enjoys much more in its numerous festivities, which welcome with kindness all visitors who wish to take a tour of this unique village: the Corpus Christi festivitie, the ‘Día de los Puches’ or the Immaculate Conception are the most important.

The access to Cabanillas de la Sierra is very simple, its entrance from the A-1, Madrid-Burgos, is at exit 50, direction Venturada, past this town, we will reach our destination. We can also take public transport from the Plaza de Castilla interchange on line 191 of the company Continental Auto.

Don’t think twice, we are waiting for you!