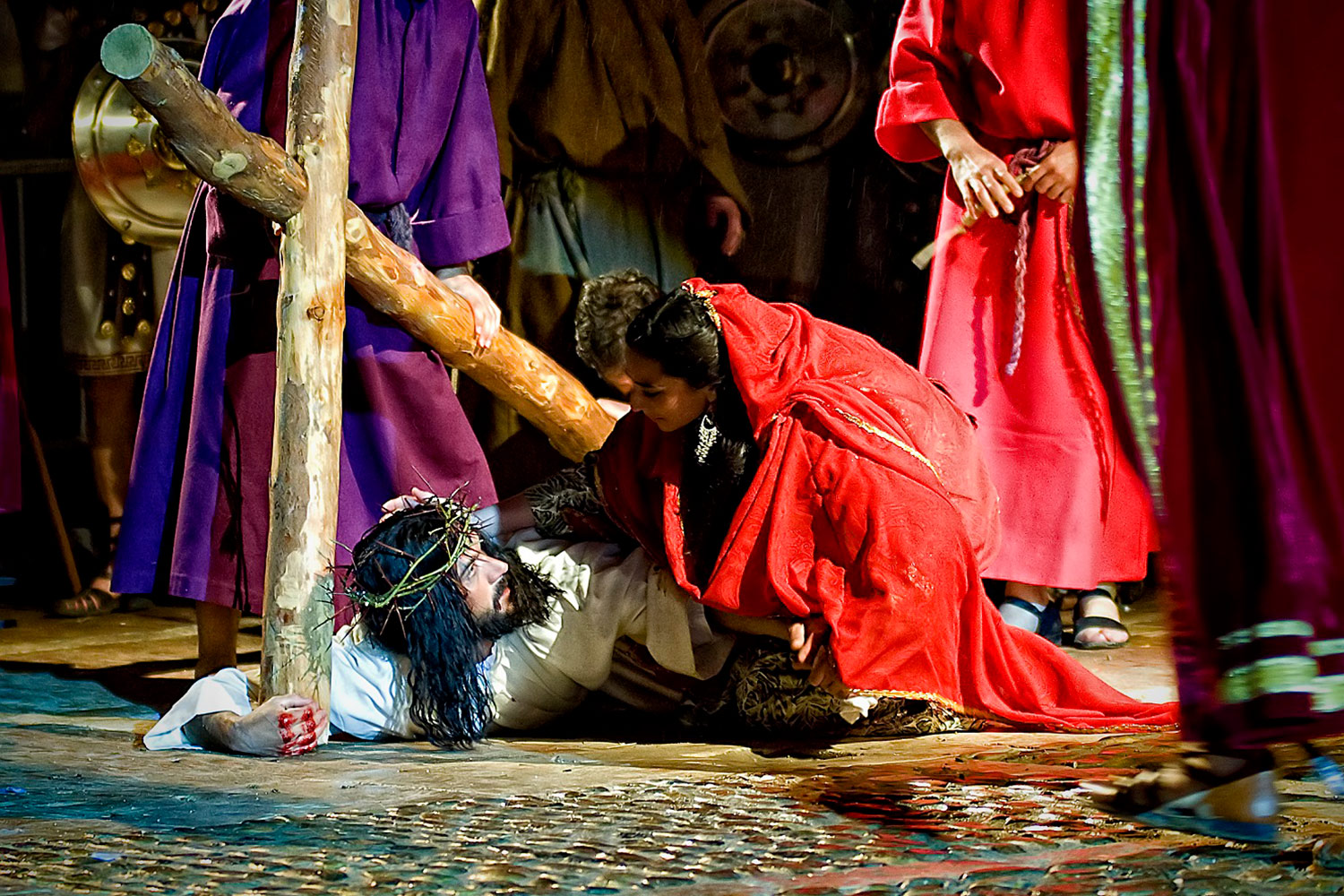 At the gates of Easter and given the great expectation for the return of the religious processions, it is advisable to write down in the agenda the essential dates of these festivities. Do you know the Holy Week of Chinchón? Keep reading!

The religious cultural tradition is especially alive in this Madrid municipality, which hosts many religious processions during Holy Week. These dates are one of the seasons in which Chinchón receives more tourists, who come to the town to live these popular celebrations.

Much of this religious fervor is due to the great representation of the Passion and Death of Christ that the municipality hosts. It was declared an artistic-religious act of National Tourist Interest in 1980 and is also the oldest Passion of the Community, which began to be held in 1963. One of its most important attractions is that it is a living representation, performed by the local residents themselves.

The representation of the Passion takes place on Holy Saturday, at sunset. The scene of the Last Supper begins the ceremony, which is performed in the Plaza Mayor, on the balcony of the Town Hall. The act continues to the Plaza de San Roque, with the passages of Christ on the Mount of Olives and The Arrest.

It is followed, in Morata Street, by the First Fall of Jesus, who is helped by a man who will accompany him until his crucifixion. In the Second Fall, a scene near the Column of the French, the religious representation is complemented by all the decorative display of the stage of the Plaza Mayor, creating one of the highlights of the night.

Before reaching the façade of the Church of Our Lady of the Assumption, in front of which the ceremony closes with the Resurrection of Christ, the scenes of the Third Fall, with Jesus and Mary, and Calvary take place, both close to the Plaza Mayor. In this way, the Plaza Mayor is an essential place to enjoy the representations.

Check all the information and prepare your visit to Chinchón for this coming Holy Week.