Home/ Featured/ "Photography of the Sublime. The Marinas of Gustave Le Gray" 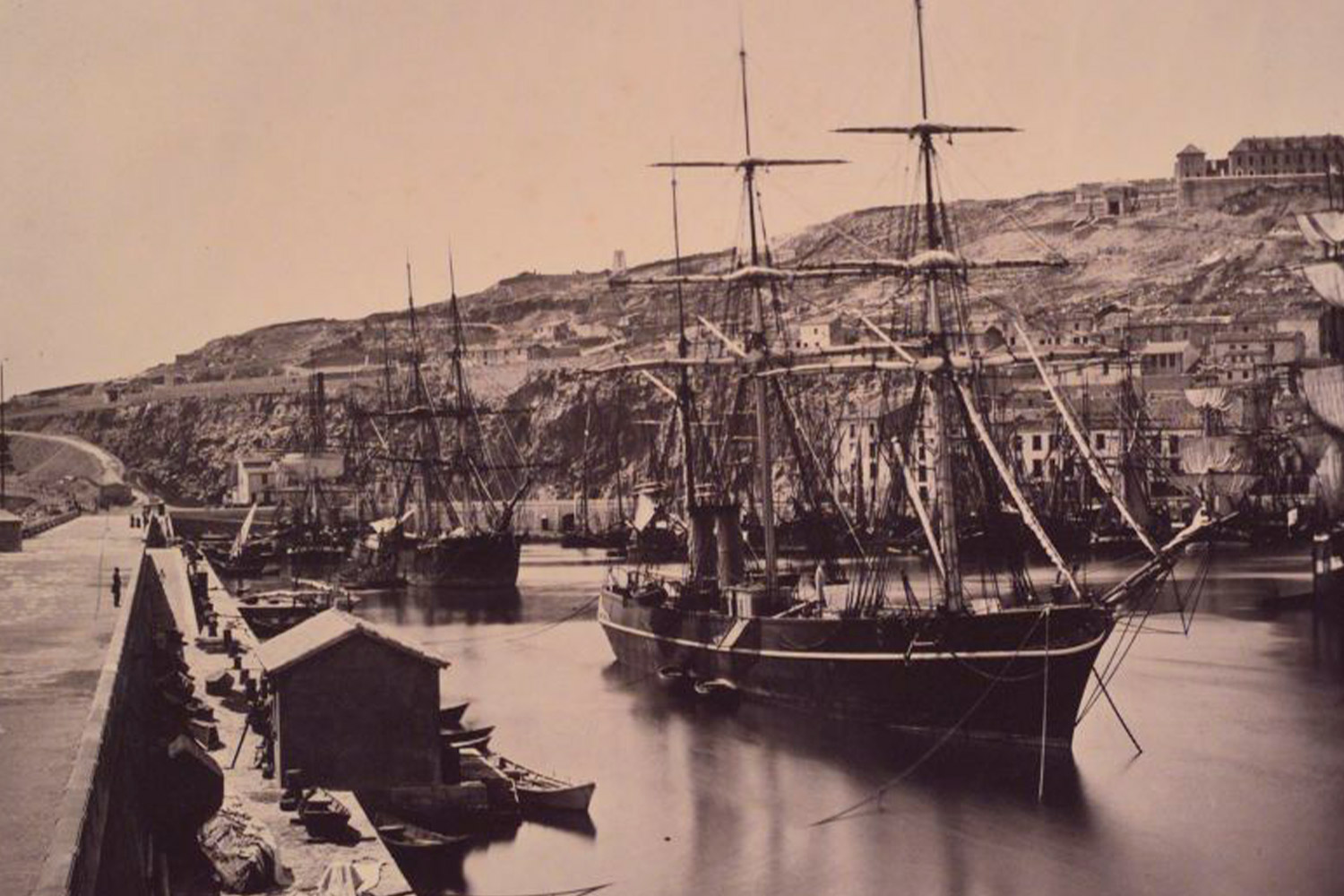 The famous series of photographs "Marinas" by French photographer Gustave Le Gray can be enjoyed until January 30 at the Royal Palace in Madrid. A total of 15 of these photographs belonging to the General Archive of the Palace await you in its majestic halls.

Since the reign of Isabel II, the Royal Palace began to acquire large productions of this new nineteenth-century art in which the French artist excelled. At the time, photography would have its way as a documentary and artistic expression and the great art collections began to include in their heritage the new masters of light.

Le Gray's mysterious seascapes of cloudy skies and open oceans were first exhibited in Manchester. His obsession with perfecting what he called "capturing the sea" led him to make these 15 photographic positives now on display in this palatial setting.

To capture both the sea and the sky, Le Gray used two negatives that joined at the horizon line. Thus, these somber, mysterious and deep landscapes are a sublime example of historical photography and its technical and artistic progress. The play of light was also a milestone as a result of these photographs. The images are exhibited with their original half-round gilt frames, with which they were exhibited in the historic exhibition at the Royal Palace of La Granja de San Ildefonso.

Do not miss the opportunity to contemplate this historic ocean in a luxurious setting, the Royal Palace of Madrid.

More information: "Photography of the Sublime. The Marinas of Gustave Le Gray"