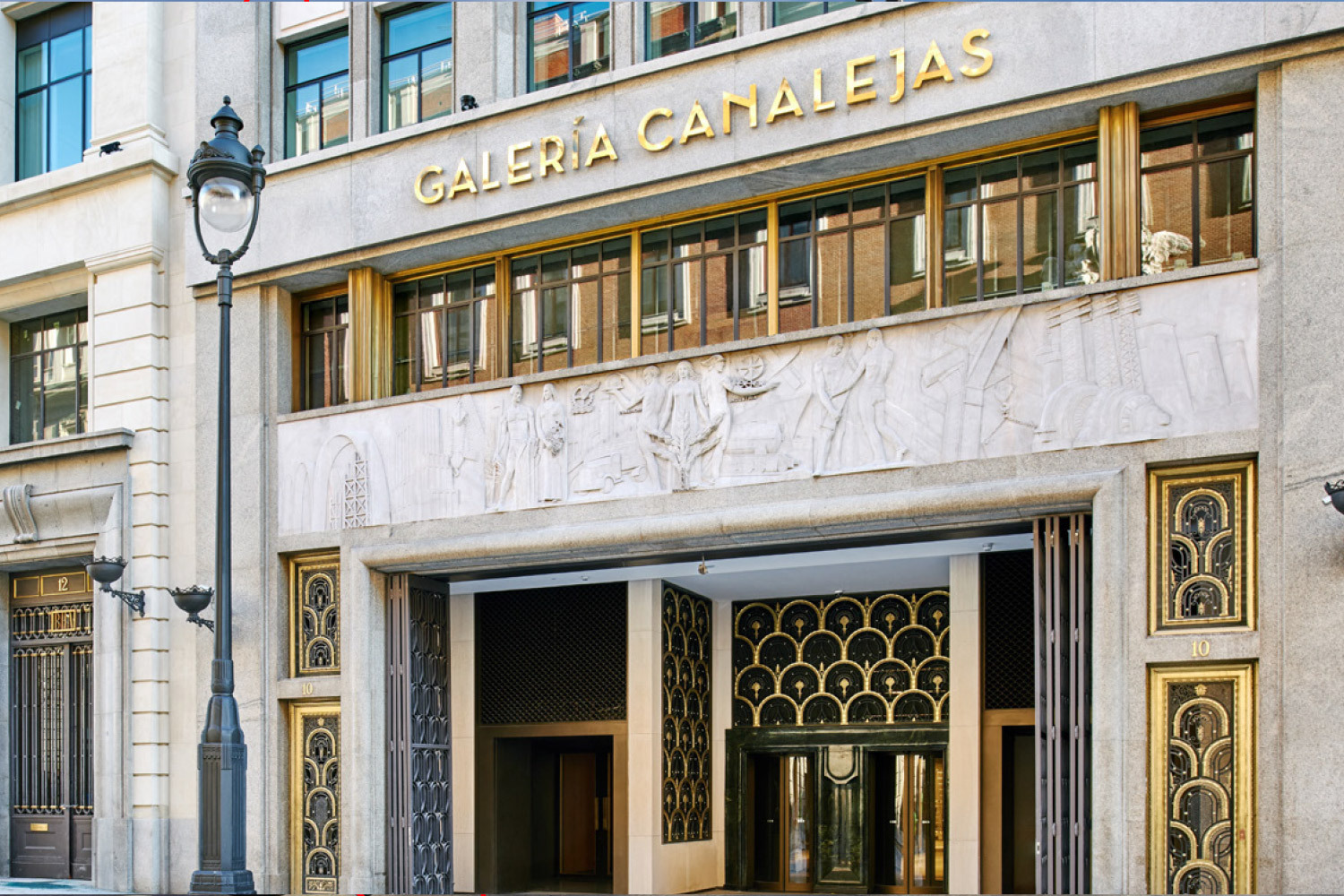 A new gastronomic space of the highest level awaits you in the heart of the capital. Come and discover the new Food Hall of Galería Canalejas, an initiative of international haute cuisine with deals for all,, read on!

Up to 13 different restaurants are distributed among the more than 4,000 square meters of surface that make up this great Food Hall. A large gastronomic space as a market of flavors that integrates culinary proposals inspired by the cuisines of the world. In addition, renowned chefs have designed specific proposals for this new space, which promises to be the new trendy gastronomic experience in the capital.

19.86 by Rubén Arnanz is the Segovian chef's bet for Galería Canalejas. With a Castilian cuisine in a metropolitan format, Rubén is a promising young chef with a Michelin Star. His cuisine, a mixture of tradition and purity, manages to embrace the five senses with every bite, a delight! The restaurant also has a reserved area where the soul of his cuisine is on display.

Meanwhile, Julián Mármol, who holds a Michelin Star, has installed two new restaurants in this Food Hall: Monchis and The Eight. The former fuses Mexican and Japanese cuisines. Its "omakase" bar brings Japanese philosophy to Mexican recipes such as tacos and tamales. The later, The Eight, presents the ember as its great ally. With the use of Binchotan charcoal, traditional Japanese charcoal, its sandwiches and hamburgers acquire a unique touch.

Fermín Azkue runs Salvaje, a bet of authentic Japanese signature food, in a cosmopolitan and modern space, with a cocktail bar option. Mad Gourmets is another novel concept of this Food Hall: up to 650 square meters host 20 stands of food from around the world, in an open and dynamic format, with space for music and live shows.

If you like Italian food, make a stop at Davvero to taste its fresh pasta made on the spot. Spanish gastronomy is represented with proposals such as DBellota, with a wide range of wines, sausages and cheeses from the country. The best paella in Madrid is served at St. James, which also opens a new space in this vibrant location.

And, for those with a sweet tooth, there will be no shortage of pastries and sweets, such as El Goloso, the traditional Manchegan brand that now also has its place in Madrid.

The Canalejas Gallery will also incorporate in the coming months a great commercial offer to accompany its gastronomic space. Come and enjoy this great experience in the heart of Madrid!