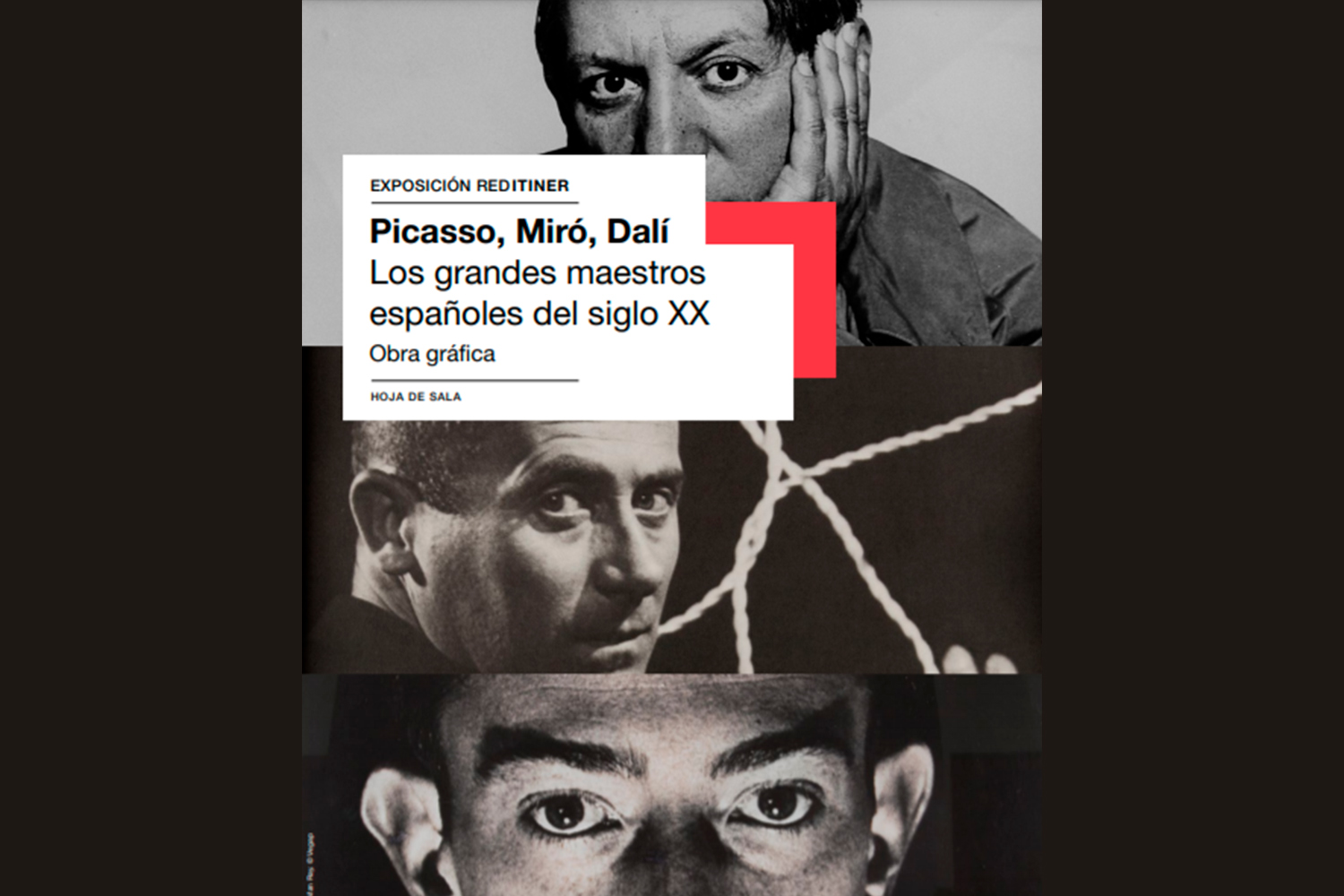 The Municipal Exhibition Hall of Buitrago del Lozoya hosts until next December 28 the exhibition "Picasso, Miró, Dalí. Great Masters of the 20th Century". Immerse yourself in the work of these three world references of 20th century painting through 40 original engravings, read on!

The exhibition brings together three series of engravings made by the three painters throughout their groundbreaking careers. Spanish art was at the top of the century's avant-garde thanks to these three geniuses, recognized worldwide for their peculiar pictorial styles.

From Malaga painter, Pablo Picasso, there have been brought together a series of twelve etchings and a burin engraving that Picasso traced in homage to El Greco, the illustrious painter of the sixteenth century based in Toledo.

From the work of Joan Miró, up to twenty lithographs have been commissioned to illustrate a poem that Rafael Alberti dedicated to the Catalan painter. The lithography uses a multitude of stone plates to make the drawing, one for each desired color, so that the result is very colorful.

The exhibition is completed by the series "Life is a Dream" by Salvador Dalí, the genius of surrealism who, on this occasion, made twenty-one etchings to illustrate the classic of Spanish literature by Calderón de la Barca.

In the exhibition you will also discover the personal relationship between the three artists, who met during their lifetime. Their styles, their way of breaking with the established but channeling the creation towards new purposes; in short, their legacy, is a benchmark of universal painting, and now this exhibition brings together these original engravings to deepen into their work, do not miss it!