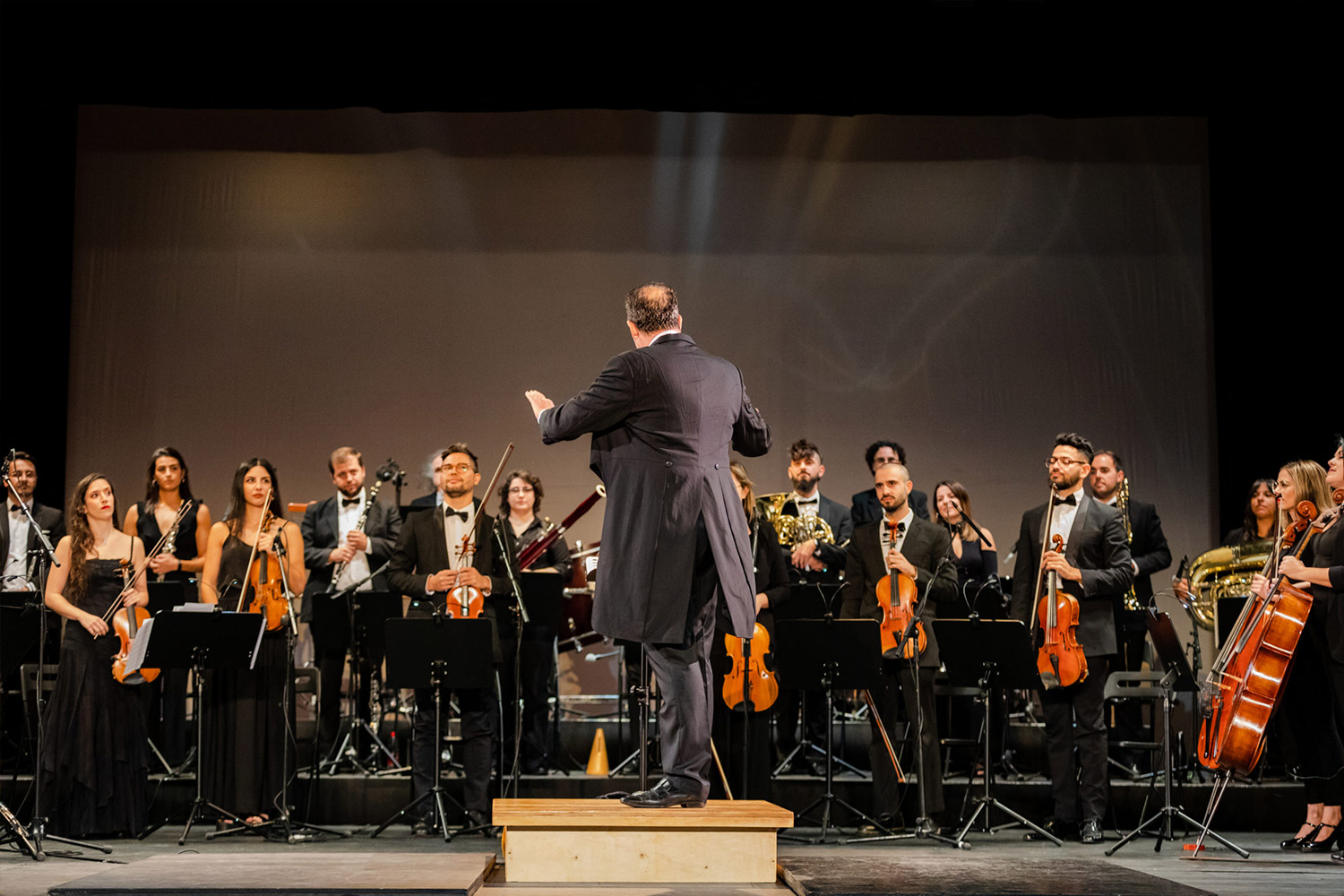 The Gran Teatro CaixaBank Príncipe Pío in Madrid will host from December 5 to 8 the humorous show "The Royal Gag Orchestra", a play of gestural theater, music and humor for the whole family.

The show is considered a concert-show of comedy and classical music and has already toured several countries around the world. On stage, a funny and eccentric conductor, Josef Von Ramik, will direct the famous Royal Orchestra. Gaspar Krause, a peculiar violinist full of ambition, accompanies him. The concert will not go according to plan and soon a lot of crazy scenes will happen in front of the audience.

The versatile Alberto Frías directs this particular symphonic orchestra show. Actor, stage director and lyric singer, he has taken his work to important stages such as the Circo PRICE theater, the Centro Dramático Nacional or the Teatro Español.

The Spanish gestural theater company Yllana, in charge of the project, has a long tradition in comic theater using mainly gestural language. Their play "The Opera Locos" won the Max Award for the best musical of 2019 and they have other milestones such as "Pagagnini" or "Maestrissimo", in addition to well-known works in the national silent humor scene, such as "Splash!" and "Action Man". "The Royal Gag Orchestra" is, moreover, produced by Sing_Us and Showprime.

Let the whole family get ready for this peculiar symphonic concert, it will leave no one indifferent!