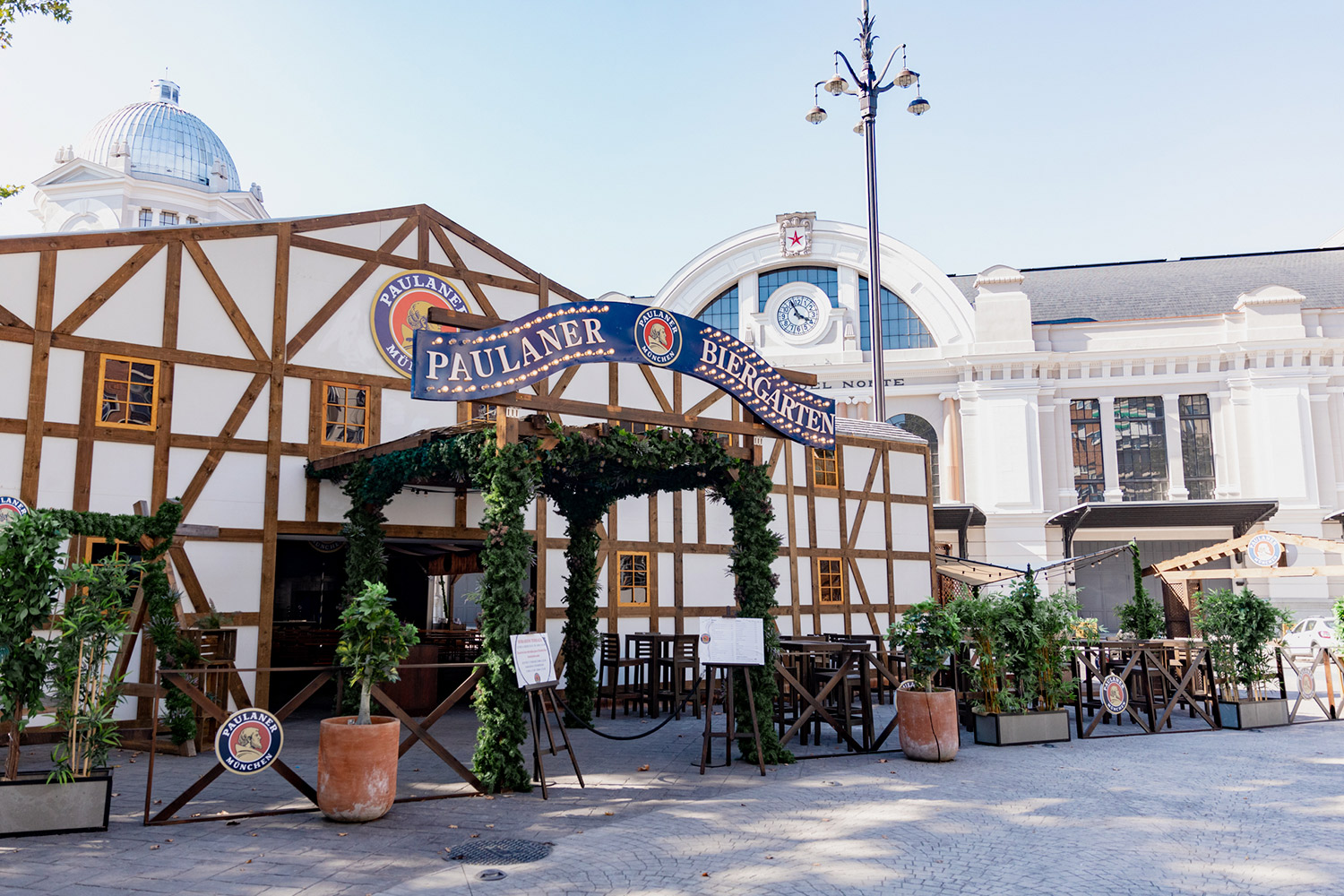 If you like German beer and gastronomy you can't miss its big party, the Oktoberfest. Until November 7 you can enjoy this traditional celebration at Oktoberfest Experience, at the terrace of La Estación de Príncipe Pío, read on!

The exterior of the Gran Teatro CaixaBank Príncipe Pío has become the Paulaner Biergarten, a large terrace like a German booth that immerses visitors fully in the Bavarian celebration. Beer is the star drink of this festival, but there is no shortage of traditional German recipes that are already a classic to accompany the drink.

To liven up the evening, Javier Navares, theater director, has designed a program of shows and performances, with live music by the Oktober Music Band or percussionist dancers from the Toom Pak company, who define their art as "percussion in its purest form, visual comedy and rhythm combined in a musical show".

Admission to the venue includes all these shows plus a large one-liter mug of beer, accompanied by a large assortment of German recipes: sausages, German knuckle, mash, sauerkraut and bretzel, as well as their traditional sauces.

The Oktoberfest is the largest popular festival in Germany and one of the best known and most celebrated worldwide. It originated in the city of Munich in 1810 and soon became popular as a seasonal festival during the autumn.

Experience one of the most trendy European traditions in the heart of Madrid!