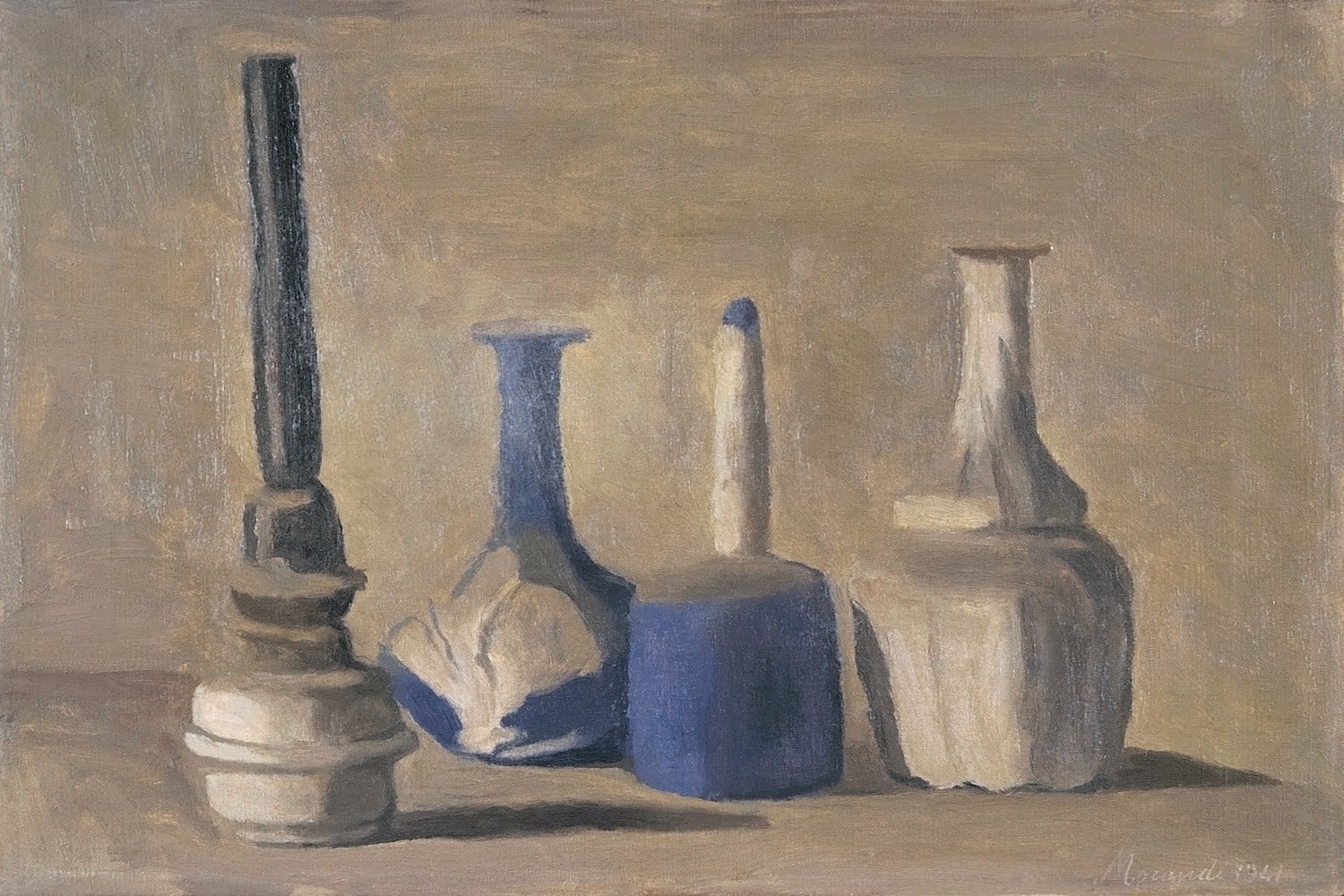 Discover the modern painting of Giorgio Morandi in the exhibition “Morandi. Resonancia Infinita” , a retrospective exhibition that brings together more than a hundred works by the famous Italian painter famous for his still lifes, everyday motifs and his particular unclassifiable style of portraying domestic objects.

The exhibition has been divided into seven thematic sections that reflect the artistic career of the painter, who developed a particular attention for non-human figures, landscapes and everyday objects, especially vases with flowers. You can see some of the few examples in which Morandi painted human figures such as "Self-portrait" and "Bathers".

However, he soon found a fascination for the objects around him and made them the main leitmotif of his work.

Morandi began his career in the avant-garde environment of the early 20th century. You can see works from this period in which he was interested in "metaphysical painting", futuristic geometric forms and the rupture of traditional models, such as "Natura morta metafísica", a work in which he already declared his interest in still lifes.

He soon abandoned the more transgressive currents and found in still lifes, objects and floral motifs a way to return to the real. He began to produce landscapes, such as "Paesaggio", in which he was always inspired by the surroundings of his house, his summer home in Grizzana and his usual residence in Bologna.

It is complemented by the works of some twenty artists and creators who reflected and worked on his work, such as Alfredo Alcaín, Juan José Aquerreta and Lawrence Carroll.

It can be visited until January 9, 2022 at the Sala Recoletos of the Mapfre Foundation in Madrid.