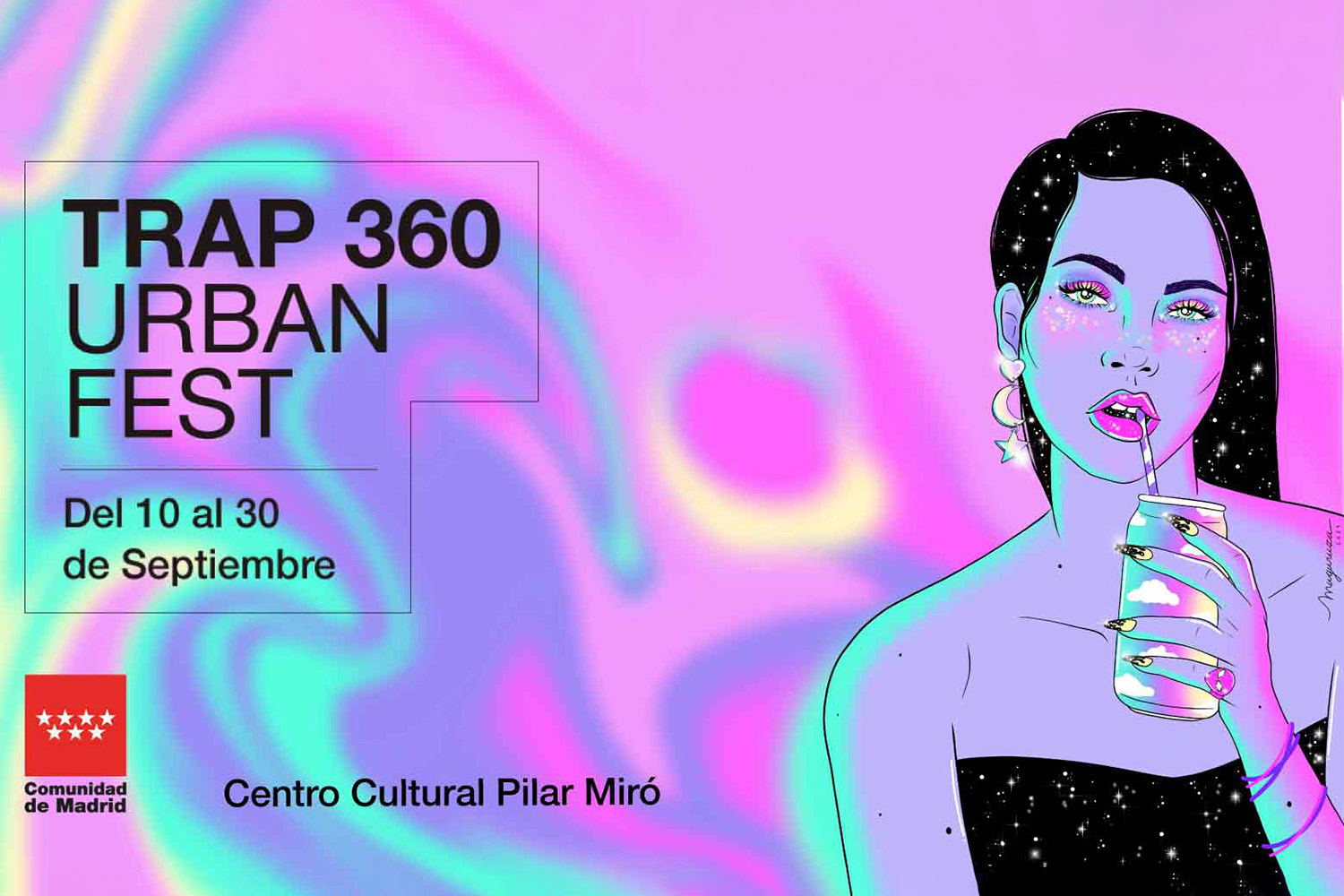 Trap360&Urban Fest, a festival full of music and visual arts that want to celebrate and promote the new urban scene, the set of styles and new urban trends that have emerged in recent years.

A festival wants to bring together and excite professionals and fans of new creations coming directly from our urban environments. Thus, the focus will be on musical rhythms and visuals, video clips and audiovisual works, as well as trap, dancehall, R&B, afro trap, reggaeton, pop and other modern musical styles.

A range of artists and creators inspired by the new urban cultures whose creations break the already established styles and try to innovate with new mixes and rhythms. Added to this musical hybridization are the influences of the new generations, very aware of the visual and digital, which have had an impact on the ways of creating, distributing and viewing musical art.

Pilar Miró Cultural Center, in the Madrid neighborhood of Vallecas, will host concerts, workshops, exhibitions and a round table discussion.

Among the line-up of participating artists, the Madrid artist Delarue with his trap and urban music, the also Madrid-born Andy Santos, who promises a set to make everyone dance, and Kyne, the Barcelona artist who has been widely applauded for her unique style that mixes R&B, trap and soul.

The concerts of Nevo Angel, with a staging with dancers, guest artists and the iconic presence of the electric guitar and an atmospheric piano and Bon Calso with his newly released urban trap. Insert Soul, who presents his new album, a mix of trap, rap, soul and reggae music, and Love Yi, considered one of the main references of the new urban generation.

The festival will also organize an iconic exhibition that collects the new audiovisual references that inspire the latest trap and urban trends in our country. In addition, three music production workshops have been organized by AWWZ, one of the most important music producers and DJs in the Spanish-speaking scene.

At the same time, a round table will be organized on September 22 in which Ernesto Castro, doctor in philosophy and author of the book "El trap, filosofía millennial para la crisis en España" will be talking with other referents of the trap world such as Somadamantina, Leonora Casacu, Álvaro Sánchez, Blanca Martínez-hjdarger and David Camarero.

Don't miss out this urban party!

AUTUMN IN THE PARKS OF THE REGION OF MA...

On September 26th Madrid will be...

Few kilometers away from the cap...