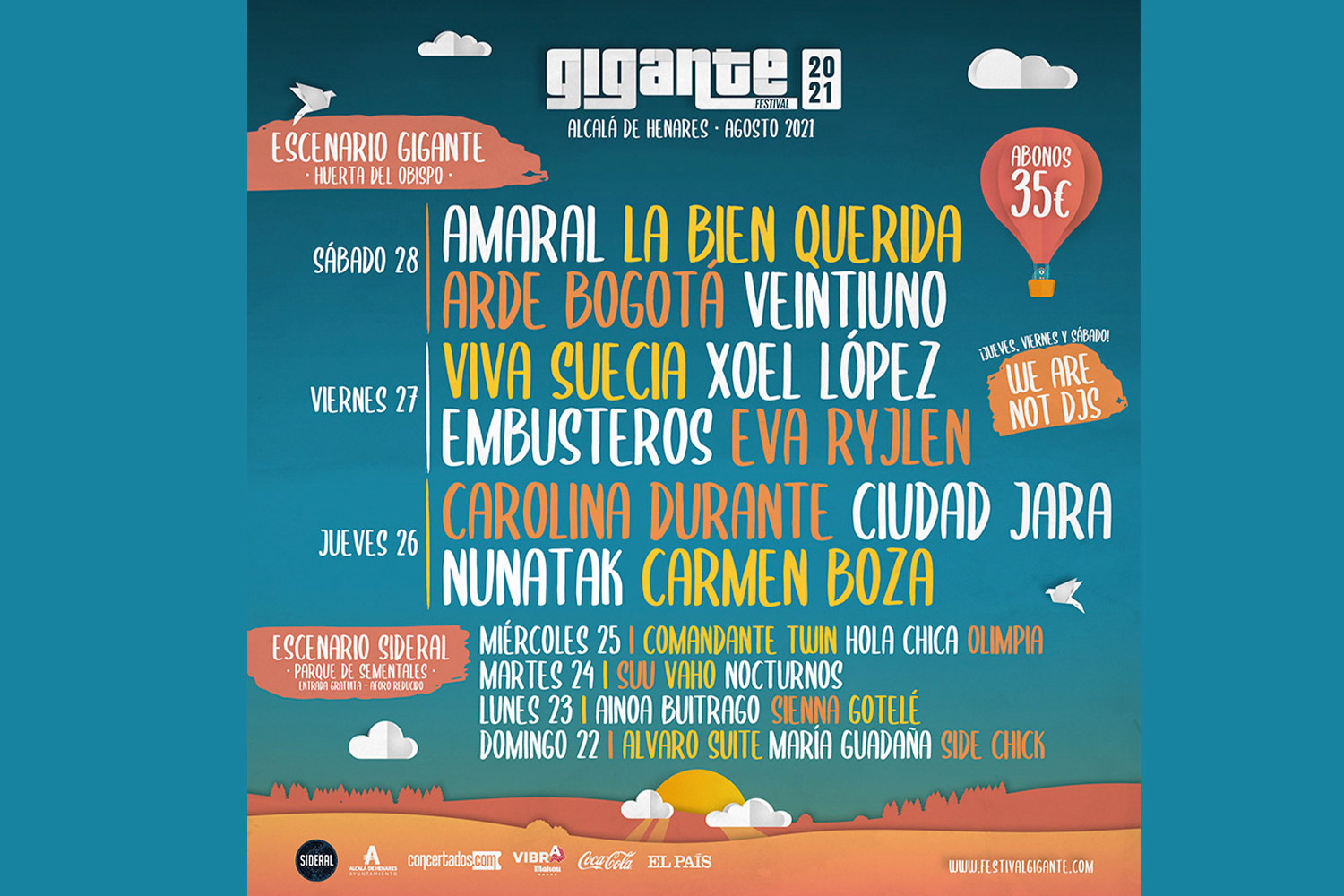 The town of Alcalá de Henares is dressing up for festivals this August to host a new edition of the Festival Gigante 2021, a series of open-air gigs on two stages that will alternate concerts during the last week of August. Alcalá es vida by Gigante!

The Huerta del Obispo stage in Alcalá de Henares will host performances by Carolina Durante, Ciudad Jara, Nunatak and Carmen Boza on August 26. On August 27 it will be the turn of Viva Suecia, Xoel López, Embusteros and Eva Ryjlen, and crowning the festival will be, on Saturday August 28, Amaral, La Bien Querida, Arde Bogotá and Veintiuno, and some more surprises.

In addition, during the week, the Sideral stage, located in Parque Sementales, will host concerts by Álvaro Suite, María Guadaña and Side Click, on Sunday, August 22. On Monday 23 is the turn of Ainoa Buitrago, Sienna and Gotelé; on Tuesday 24, that of Suu, Vaho and Nocturnos and, before the appointment of the weekend, on Wednesday 25 will play Commander Twin, Hola Chica and Olimpia. Access to this stage will be free.

The festival organization has announced that all tickets purchased for the 2020 edition of the event are valid to attend this year’s without any additional procedure. The organization has also provided a map to access the two venues, as well as information on schedules and where to buy tickets for the concerts.

Don't miss the long-awaited return of Festival Gigante 2021 this summer and vibrate again with live music in Alcalá de Henares!