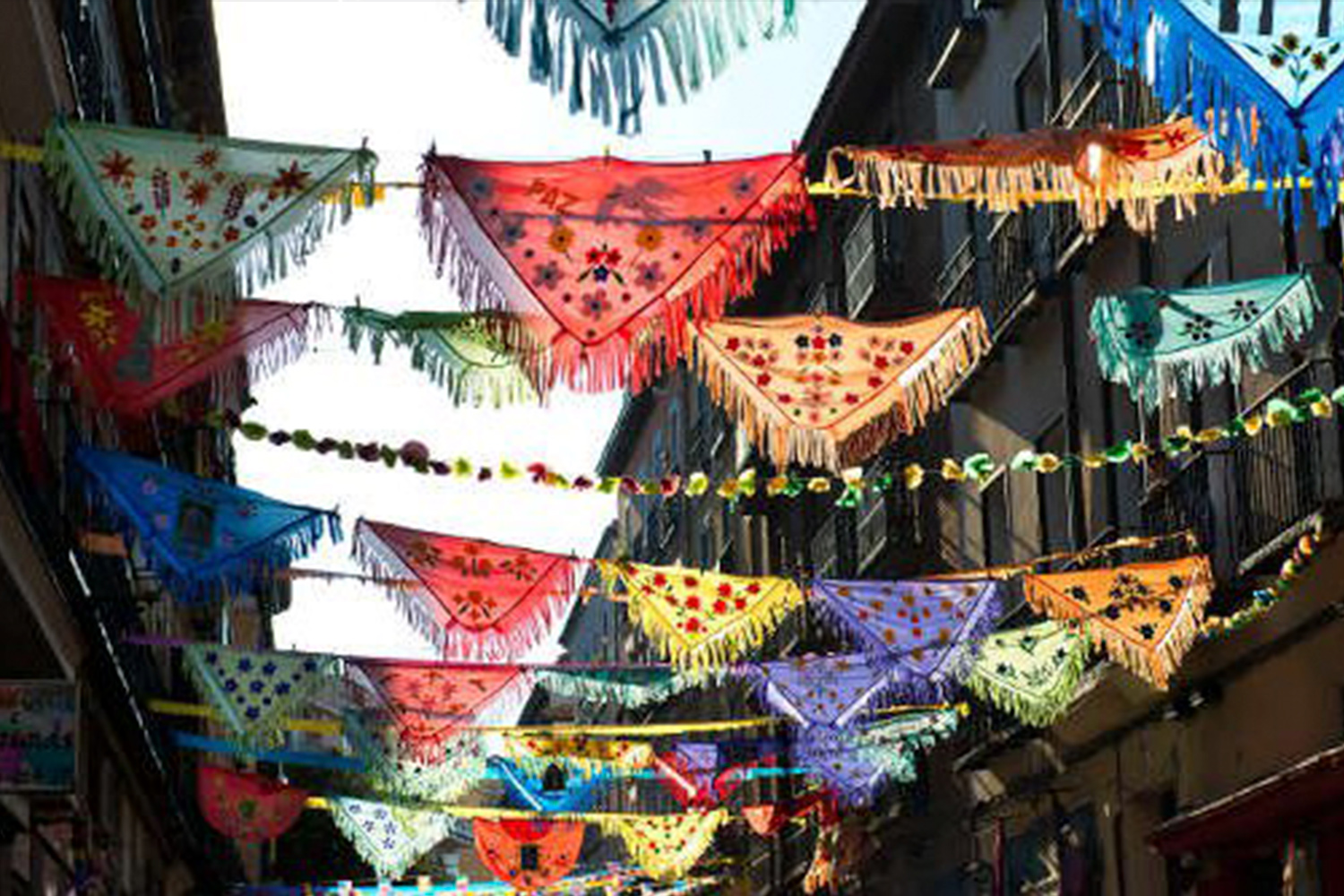 August brings you three of the most popular fests in the City of Madrid. Allow us to tell you how locals and visitors celebrate the local festivities of San Cayetano, San Lorenzo and La Paloma, three dates with the best preserved tradition of the capital.

The streets of Madrid dress up for these summer evenings from August 6 to 15. Up to three celebrations are distributed in those days around the most central and well-known neighborhoods of the capital. There are two weeks to get to know our most authentic tradition: dancing a chotis, dressing up as a chulapo, drinking a delicious fresh lemonade at sunset and going  for tapas through the colorful streets decorated with lanterns for the occasion.

The first date is San Cayetano, in the Rastro/Embajadores area. It receives its name from the church dedicated to the saint, located nearby, and its activities take place in well-known places such as Plaza de Cascorro or Casino or Argumosa streets in Lavapiés. The festivities include traditional mus championships, children workshops for the whole family as well as several musical performances.

The next verbena, which is how these festivities are popularly called, is San Lorenzo, which also occupies the streets of Lavapiés around the church of the saint. Parades, children games, dances and performances take place in San Lorenzo around the saint's day, August 10. Once again, the disorderly streets, with their nineteenth-century facades and corralas, typical of the area, dress up to continue the summer celebrations.

The last and most celebrated event in the capital is the Verbena de La Paloma, named after the parish of the Virgen de la Paloma, in the square of the same name near Puerta de Toledo.

Its activities extend from Plaza de la Paja, in La Latina, to Plaza de las Vistillas, and congregate a larger number of people, who celebrate around August 15 the peak of Madrid's seasonal festivity. You can enjoy performances, chotis or shawl contests, different food and drink tastings and improvised dances between neighbors and attendees.

If you are planning to attend, remember to check here all the available information. For further detailed information on all the events taking place during these festivities you can consult Madrid City Council page