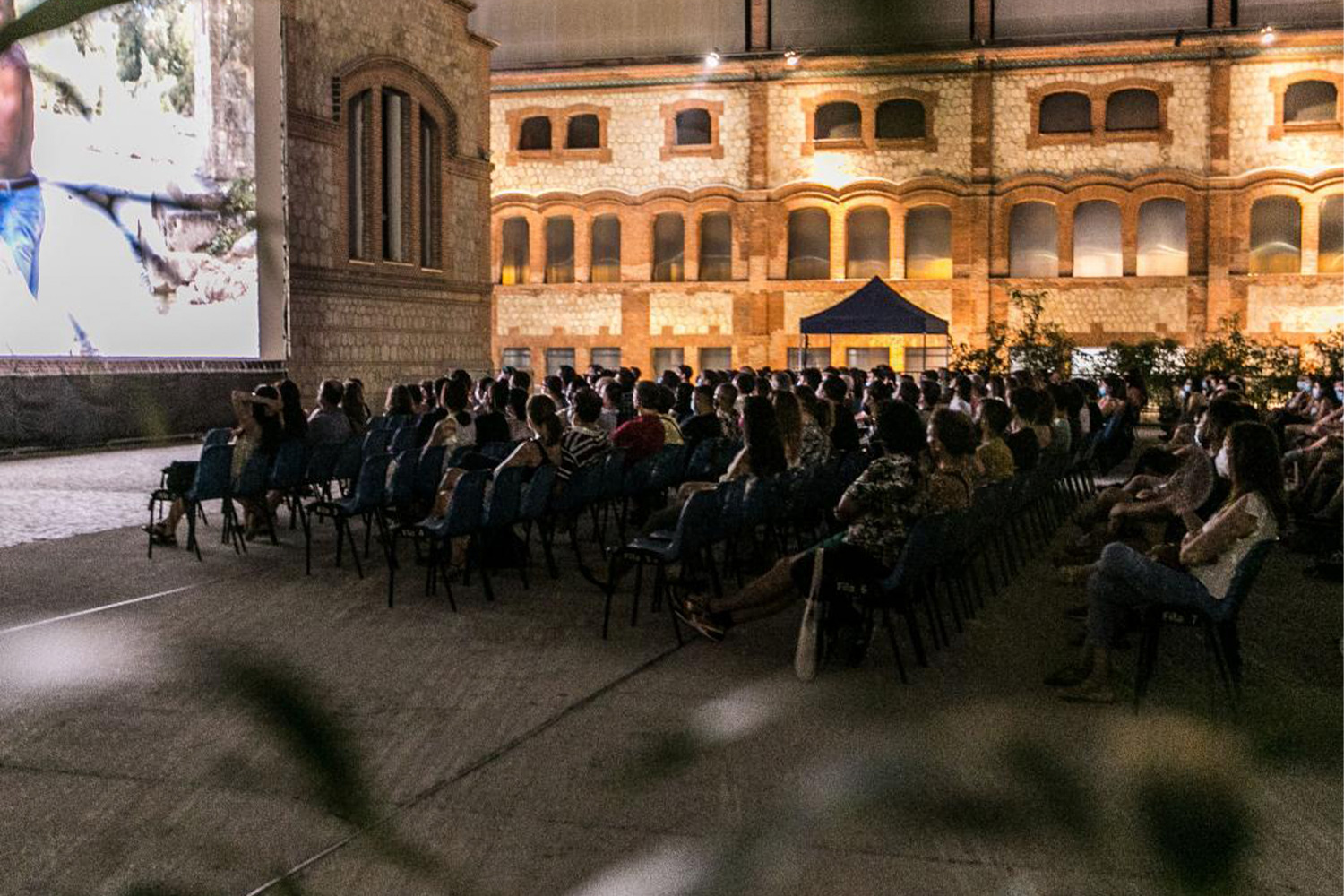 Until August 15 you will be able to enjoy the best independent cinema outdoors in Madrid. Multiple film sessions will be screened in the main square of Matadero Madrid. Take advantage of this unique opportunity to enjoy over  20 films, most of them so far unreleased, and spend an unforgettable evening at the fourth edition of CinePlaza de verano at the Centro de Creación Contemporánea.

The program includes titles previously presented at the best international festivals such as Sundance, Berlin, Cannes, Toronto, San Sebastian and Venice. In addition, there are proposals of different genres such as comedy, drama, musicals or science-fiction for different audiences and tastes. Choose the show that most convinces you and spend a night at the movies!

You will dive in contemporary London with Rocks, a film by Sarah Gavron (August 7). In A todos nos gusta el plátano, photographer Rubén H. Bermúdez entrusts his camera to seven black people living in Spain to make a film (August 13).

Residue is Merawi Gerima's latest work (Aug. 5). Besides, you can delve into Se escuchan aullidos (Aug. 8) and if you like thrillers, The Killing of Two Lovers is the perfect go. (Aug. 14).

Other renowned directors who will have a place along the sessions are Guillaume Brac, Philippe Lacôte or David Domingo. In addition, there will be a preview of a film that brings together recordings that have remained hidden for more than 50 years about a soul festival that took place at the same time as Woodstook: Summer of Soul.

Summer nights from 22:15h on you have the best plan in Madrid. Spend an evening at the movies with CinePlaza de verano - lights, camera and action!