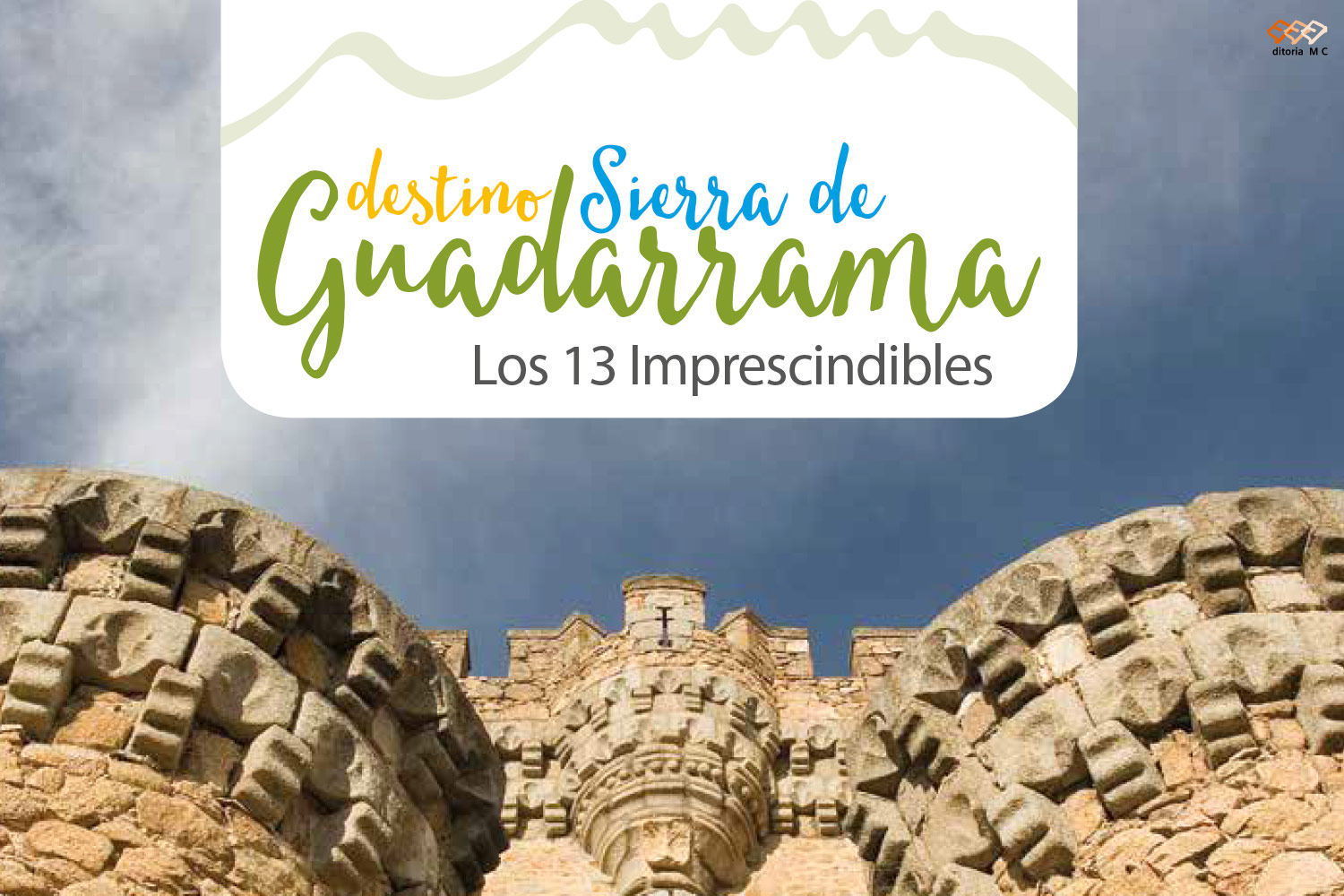 There are many routes that allow you to enjoy the magnificent landscapes of the Sierra de Madrid and a privileged natural environment. However, there is one that stands out among the others ''Los 13 imprescindibles de la Sierra de Guadarrama'', awarded Best Route of 2018 in the Turinea contest.

The Sierra de Guadarrama is always an alternative for those tired of the hustle and bustle of the city who want to get out of the routine and connect directly with nature. Archaeological sites, civil and religious architecture or routes in the natural environment are divided among the thirteen municipalities that encompass this mountain range. If you are lucky, you may even be able to observe some of the many species peculiar to the area, such as the black vulture or the imperial eagle.

The 13 routes through 13 tourist destinations: the square of the village of Alpedrete, in the Herrerian style; the Majalespino reservoir in Becerril de la Sierra; the ski museum in the town of Cercedilla; the Roman inn of Miacum in Collado Mediano and the archaeological site La Cabilda in Hoyo de Manzanares; the Maliciosa and the Sierra de los Porrones in the municipality of Boalo-Cerceda-Mataelpino.

The Renaissance style church of the Purísima Concepción in Los Molinos; the Castillo de Los Mendoza in Manzanares El Real and the sculpture of the Álamo in Miraflores de la Sierra; atarjetas and spring boxes of the Robledo springs in Moralzarzal; the valley of La Barranca in Navacerrada; in the footsteps of war; and the Anillo Verde de Soto del Real promenade.

One of these places is the Barranca Valley, which has the designations of Regional Park, Biosphere Reserve, National Park and Natura 2000 Network. Exceptionally beautiful, throughout history it has been used for livestock and even for refrigeration, a treatment of snow that allowed food to be preserved in summer.

The Anillo Verde (Green Belt) walk, ideal for self-guided tours, is 5 kilometers around the town of Soto del Real. Along this accessible route you will not only go hiking, but you will also enjoy multiple sports in the facilities along the way. The views of the mountains combined with architectural sites such as a church, the hermitage of the Virgen del Rosario or a medieval bridge will make your visit ten.

And on the hidden slopes of Matarrubia, near the village of Moralzarzal, you will have an aquatic encounter with the water pipes and spring chambers of the Robledo springs, which were built in the late nineteenth century to bring water to the Plaza de la Constitución and the village's Cuatro Caños fountain.

Enter the Plaza del Álamo, in Miraflores de la Sierra. There you will find the Alamo de Miraflores which, after dying in the 80's, left as a memory its majestic trunk. Many were the philosophers and poets who dared to write about this mythical tree as Ortega y Gasset or Vicente Aleixandre.

Travel to the Middle Ages in Manzanares del Real visiting a fortification built in 1475 by order of Diego Hurtado de Mendoza, Duke of Infantado, the Mendoza Castle and its rooms. An architectural jewel in which the Gothic motifs, the southern gallery, the arcaded courtyard, the large halls and magnificent viewpoints, as well as the orchard, the garden and the landscaped areas of the castle stand out.

In Los Molinos, specifically in the Plaza de la Fuente del León, the Renaissance church of the Purísima Concepción dates from 1570 and has a Latin floor plan with a single nave and a unique bell tower. Its construction material is granite and its interior houses baroque art from the 17th century, paintings from different periods, sculptures, stained glass windows and lamps.

On the Camino del Cementerio in Hoyo de Manzanares we find a site of a Visigothic village from the 7th century A.D. with vestiges of the life of its ancient inhabitants and their livelihoods: jewelry, pottery, and artifacts dedicated to agriculture and livestock.

Another archaeological site, in this case Roman, is the Posada Miaccum in Collado Mediano. The remains of the rooms of an ancient inn: sleeping rooms around a central courtyard, a large dining room, a kitchen, and a baths, the famous public baths of ancient Rome. It has an interpretation center and the Town Hall organizes guided tours.

If history is your passion, go on "In the footsteps of war", a tour of the plateaus and the remains of the Civil War.

The peak of the Maliciosa is an enclave of 2,227 meters of altitude, and the Sierra de los Porrones, is a circular route that in the middle of the National Park of the Sierra de Guadarrama is also part of the Natura 2000 Network and the Biosphere Reserve. It stands out for its granite berruecos and caves for shepherds, including the cave of Maquis.

After visiting the Maliciosa, you can make a stop at the Majalespino reservoir in Becerril de la Sierra, a mountain and tourist route of Becerril from where you will observe landscapes and mountain ecosystems.

For ski enthusiasts in the Plaza Mayor of Cercedilla you will find the Ski Museum, in memory of Paquito Fernandez Ochoa. This museum reviews the history of skiing in the Sierra de Guadarrama since the first skiers arrived at the port of Navacerrada in 1915.

Spend your free day visiting the town square of Alpedrete, a Herrera-style square and its two most emblematic buildings, the Town Hall and the Church of the Assumption of Our Lady.

Surely you did not imagine that there was so much to do in a place so close to the metropolitan area of Madrid. Do you want a break? welcome to the Sierra de Guadarrama!