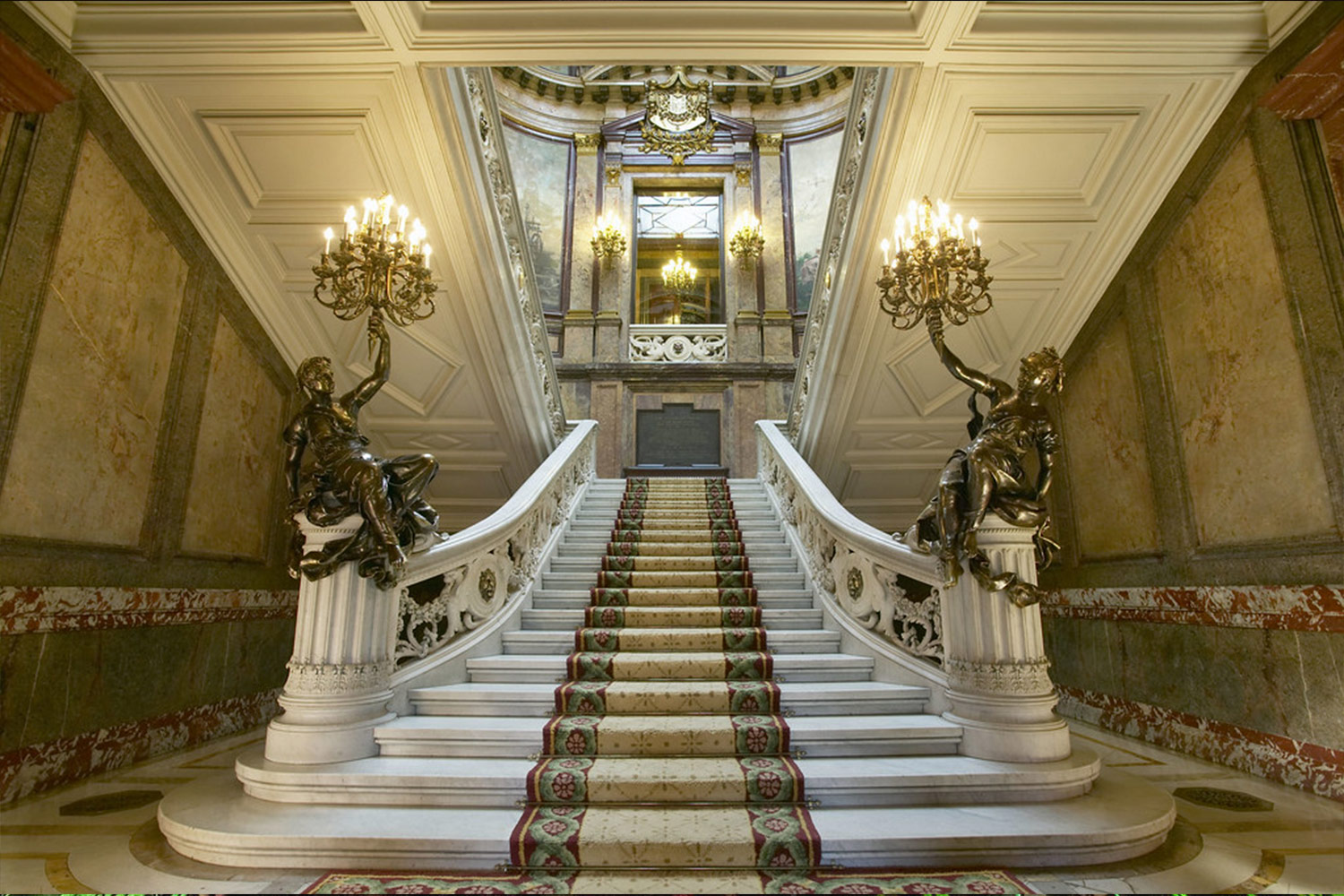 Spain is undoubtedly a country with deep historical roots and a past full of wars, conquests and kings. If you want to delve a little deeper into a small period of its history, we offer you a plan that you can not miss. In the heart of Madrid, in the Plaza de Cibeles, thanks to the guided tours of the Linares Palace, on Fridays, Saturdays and Sundays, take a trip to the nineteenth century!

From the reign of Isabel II to that of her grandson Alfonso XIII, Spain lived a period marked by changes of government and the entry into a new era. Within this context lived the Marquis of Linares, whose noble title was granted by Amadeo of Savoy himself.

Thanks to his successful business dealings, the Marquis of Linares managed to become one of the most recognized nobles of Madrid and was able to build in 1877 a neo-baroque palace following the French design, in whose interior participated important painters such as Francisco Padilla, Manuel Domínguez and Alejandro Ferranz, craftsmen and artists of the time, which was his place of residence, one of the most luxurious in the capital.

Today the building is the headquarters of Casa América: the Linares Palace, one of the best preserved 19th century buildings in Madrid and one of the most emblematic in the city.

With the help of a specialist in Art History, you can discover what the palace hides, its secrets and for mystery fans, one of the dark legends and ghost stories of Madrid, according to which it is inhabited by the ghosts of the Marquises of Linares and his supposed daughter Raimunda.

If this haunting experience has caught your attention, why not complete it? The first Saturdays of every month you will have the opportunity to spend an unforgettable evening at the Linares Palace where you will meet characters from the 19th century who will be the hosts and will unveil the mysteries it hides.

These are the dramatized nocturnal visits organized by Casa América. During your stay at the palace, actors characterized as the housekeeper, the butler, a marquis who keeps a great secret and the rest of the service, will accompany you while you walk through the different rooms of the palace and will confide their hidden secrets.

Remember that you must book your tickets in advance and in person at the information point to avoid missing out on your place! An entertaining and fun visit with surprises for all audiences, including the little ones. The door of the palace is open... are you coming in?