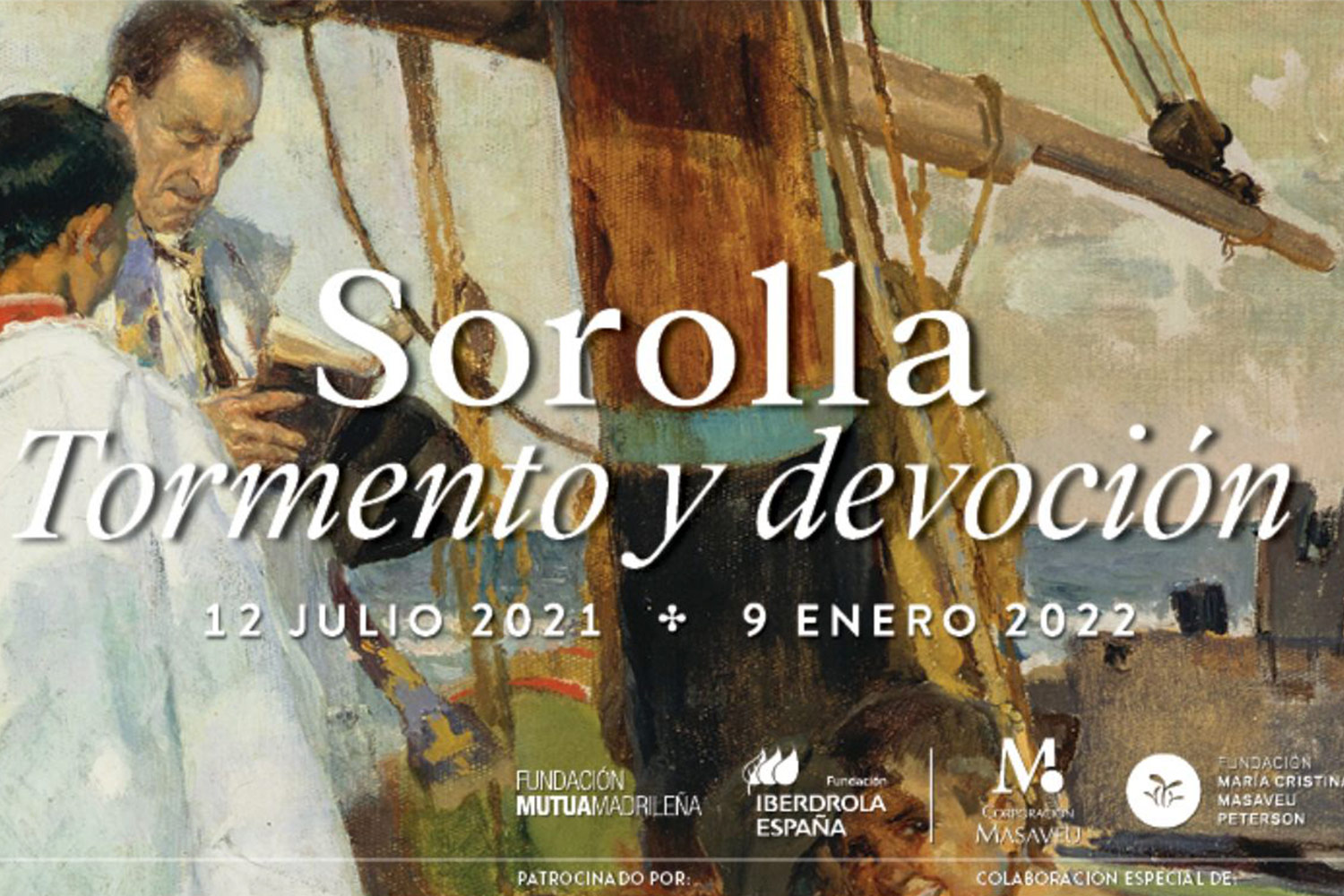 From July 12 you will have the opportunity to contemplate at the Sorolla Museum some works belonging to the early years of the painter Joaquín Sorolla (1880-1900), which took place in Valencia, Rome, Paris, Assisi and Madrid, in the temporary exhibition "Sorolla. Tormento y devoción".

These paintings reflect Joaquín Sorolla's approach to religious painting, with which Sorolla tried to make his way among the high bourgeoisie by painting scenes of sacred interiors or Valencian Baroque churches with episodes of popular religious devotion, which served him to present and compete in major competitions, and to genre and popular themes, which became fashionable in the late nineteenth century.

The exhibition consists of 24 works from private collections, from the Museums of Fine Arts of Valencia, Asturias and Bilbao, the Royal Academy of Fine Arts of San Carlos of Valencia, the Benlliure House-Museum and the Bancaja Foundation mainly. Pieces will also arrive from the parishes of the Assumption of Our Lady of Bocairent and San Cristobal de la Cañada and the Cartuja de Miraflores.

Works such as "Virgen María", painted around 1885 and 1887, and "Fraile", which are part of the Fine Arts collection, or "Monja en oración", belonging to the Bancaja Foundation, have been loaned for this temporary exhibition and will travel from Valencia to the capital for the exhibition.

On the other hand, the Benlliure Museum will leave the Sorolla Museum a piece with a lot of history. It is "El santero de la cofradía", a 19-centimeter painting that Sorolla dedicated to his friend Peppino Benlliure. This painting was stolen from the museum in 2010, but a year later, the painting returned to its home.

You can also tour "El Museo desde casa", enjoy different thematic itineraries, visit the rooms and collections of the museum, learn about the pieces of the month or take part in workshops for children and families.

The exhibition can be visited until January 9, 2022. Let yourself be carried away by the passion of art with Sorolla. Torment and devotion!