Home/ Featured/ Miguitas: guided tours through the neighborhood of Arganzuela 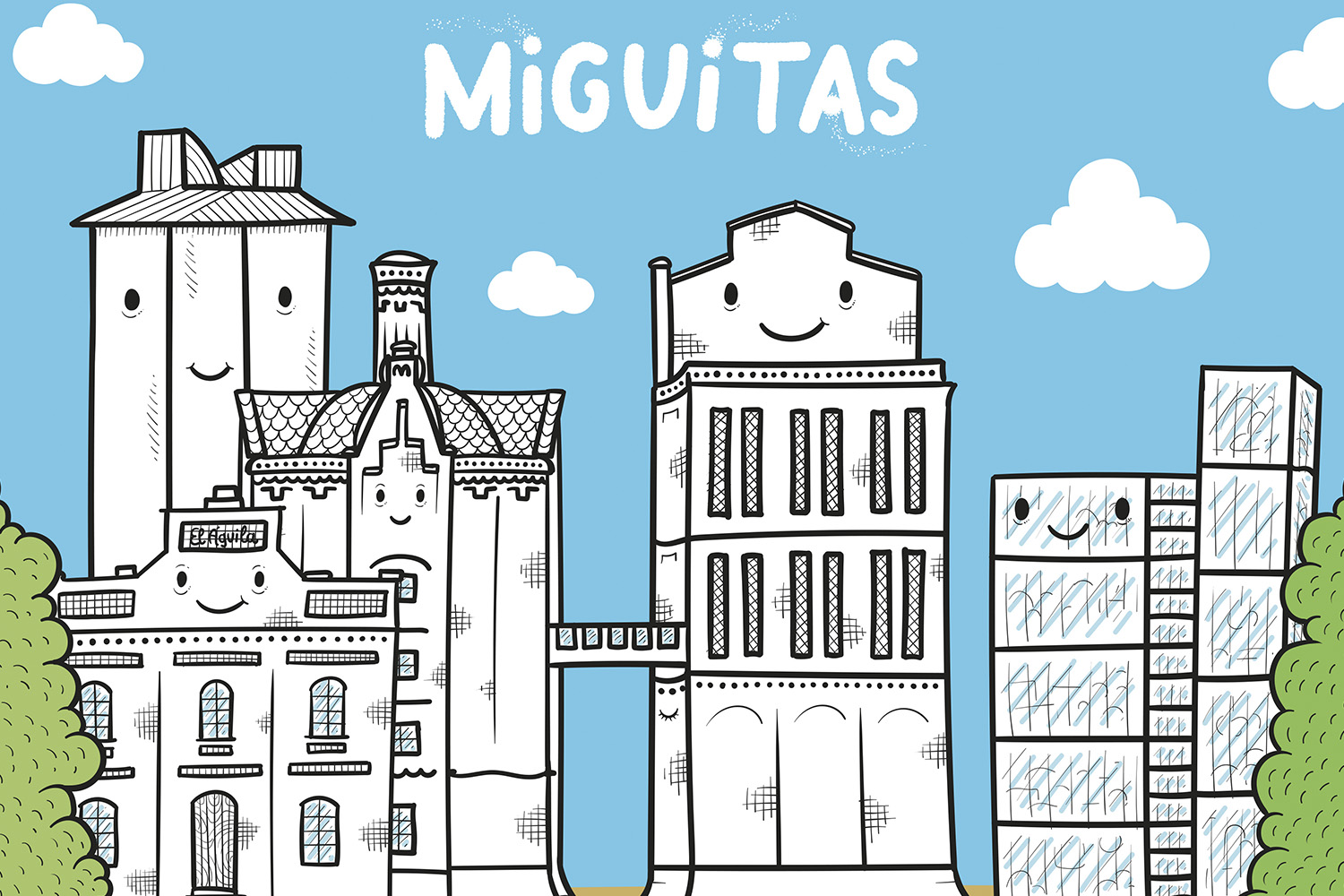 Madrid is a city full of history and charm. It is enough to go for a walk through its streets to be aware of the treasures it hides. We encourage you to take this journey through the most outstanding architectural works of the last century every Saturday and Sunday until November 27.

The Directorate General of Cultural Heritage of the Community of Madrid has organized this program of free guided urban tours called "Miguitas" through the neighborhood of Arganzuela, where El Águila is located, and its surroundings.

Miguitas...In the heat of industry

Al calor de la industria is a walk around the stations of Atocha and Delicias in which you will learn about the origin and evolution of the neighborhood and its most characteristic industrial buildings. During this tour, you will be able to observe works by renowned architects such as Palacios, Muguruza or Cárdenas. Architecture, urban planning and industrial heritage.

You will visit old factories and warehouses founded during the first half of the 20th century, such as the old El Águila brewery, now home to the Regional Archives and Library, the old Standard Eléctrica factory, the Tabacalera, the old electric lamp factory of the D.G.A. Berlin, the old central laboratory of Military Health and the Delicias Telephone Exchange, one of the first in Spain.

To learn about the daily life of the people who lived in these streets, the route passes through the residential buildings located in the old flour mill La Estrella or those on Bustamante Street. You can also take a look at the old fruit market in Santa María de la Cabeza and finally finish the tour at Glorieta de Embajadores.

Miguitas...Roads, factories and the birth of a working class neighborhood.

A journey through the buildings, roads and factories of the Ensanche in the southern area of Madrid from the end of the 19th century until the outbreak of war in 1936.

The origins of the district and its entry into modernity. Some of the buildings on this tour are the railroad or the Vía de Contorno, the current Railway Museum, the old Delicias station, the railway colony on Tomás Bretón or Pico del Pañuelo streets, the famous Slaughterhouse or the Central Fruit and Vegetable Market.

Miguitas...Of those irons these neighborhoods

Arganzuela was a gateway for food and goods during the Civil War and the scene of social movements during the dictatorship and the transition. In addition, at the time of deindustrialization in the 70s, suffered major urban transformations that gradually left behind its past as a purely working class neighborhood.

From those irons these neighborhoods is a tour in which you can see the transformations of the neighborhood visiting great architectural works that were the center of political and labor movements, such as Induyco workshops, where the women's labor movement took place during the transition. Or the Delicias station, a post-war racketeering area.

You can also visit the old Yeserías prison, which today is the Victoria Kent Social Insertion Center, stroll through streets and squares of the neighborhood such as the Plaza de las Peñuelas, Juana Doña Street or Jaime el Conquistador Street. Finally, you will finish the route by the biggest urban development project of the 80s and 90s: the Railway Greenway Corridor.

Don't miss this opportunity to get to know one of Madrid's most historic neighborhoods and join Miguitas!