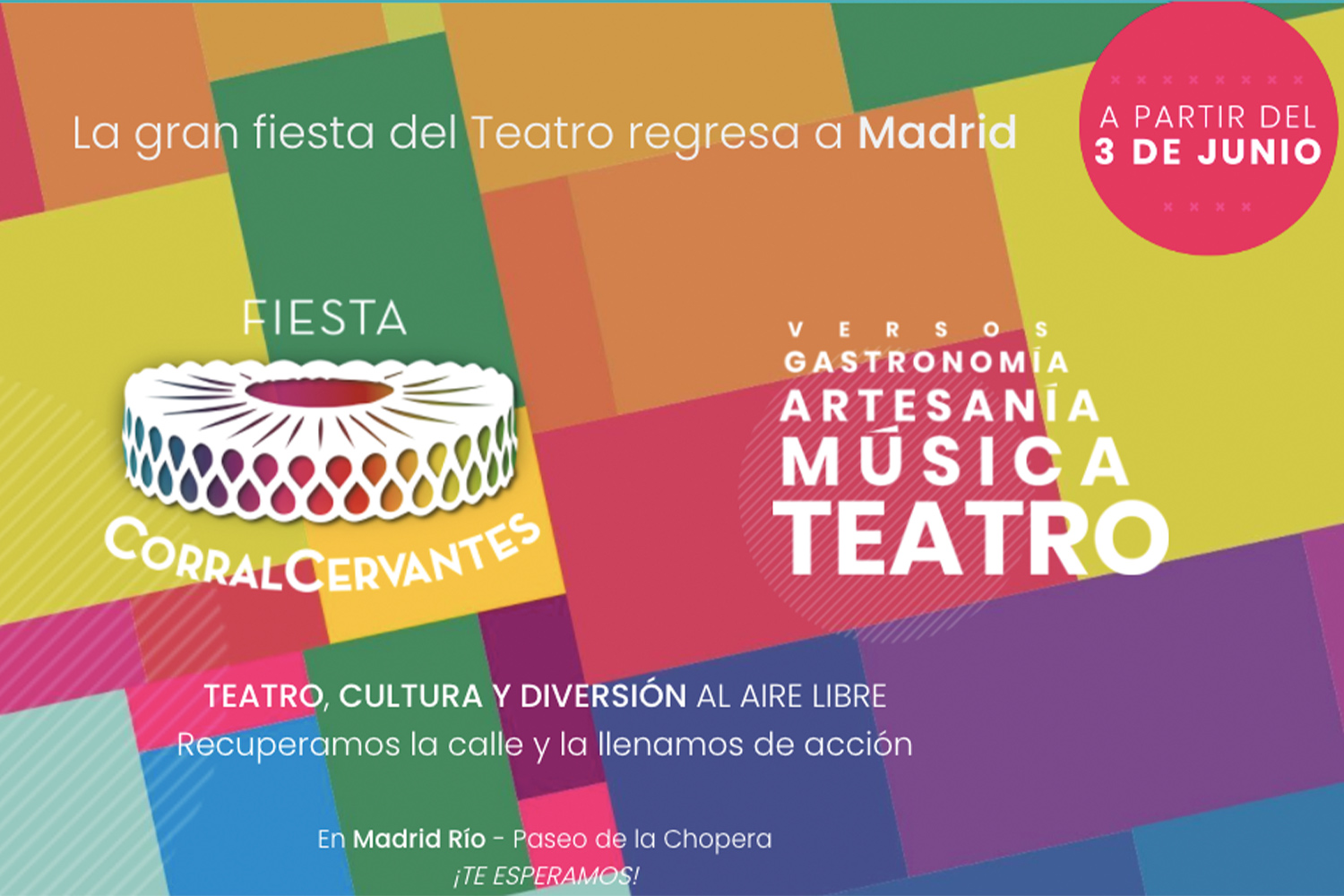 The theater has been and will be an emblem of Madrid, and the festival "V Fiesta Corral Cervantes" returns one more year to remember it. Theatrical and musical performances, with craft, gastronomy and leisure areas. Outdoor fun for everyone, in the Paseo de la Chopera, in Madrid Río, in front of the Palacio de Cristal in Arganzuela.

This summer, experience the great festival of classical theater! A tribute to the creations of the Golden Age and a show that will interest all audiences, with an extensive program and as in previous editions, plays for children.

Laughter is guaranteed from Monday to Friday at 7 p.m. with Peribáñez y el Comendador de Ocaña, by the illustrious Lope de Vega. This 75-minute play tells the love triangle between Casilda, Peribáñez and the Comendador, a story in which the Comendador tries to seduce Casilda while she remains faithful to her true love.

Other plays, such as Calderón de la Barca's Amar después de la muerte and Quevedo's El Buscón, will reflect the 17th century Spaniard's attempt to climb the social ladder in an unequal and authoritarian society.

Puppets will be the protagonists in Fuente Ovejuna, also by Lope de Vega. In it, a shepherd tired of working with his sheep asks a dog to help him take care of his flock. The dog, abusing his power, plays pranks on the sheep, who, tired, rebel against the injustices. Although different from the original play, it manages to convey to young people a clear message of justice and tolerance.

Music emerges as an important part of the festival, with concerts such as that of Luis Pastor, a singer who in his past was subjected to censorship for his protest songs. With 15 albums on the market, he will make his debut on June 19 at 13.00.

On Saturday June 26 at the same time we will have María Ruiz & La Mare. Accompanied by a guitar with spectacular acoustics and their two magical voices, they will try to dazzle the audience.

There is no excuse not to combine entertainment and culture and spend a summer evening with friends and family enjoying the magic of Spanish theater in the middle of the street.