Home/ Featured/ The three cultures in Alcalá de Henares since the 12th century. 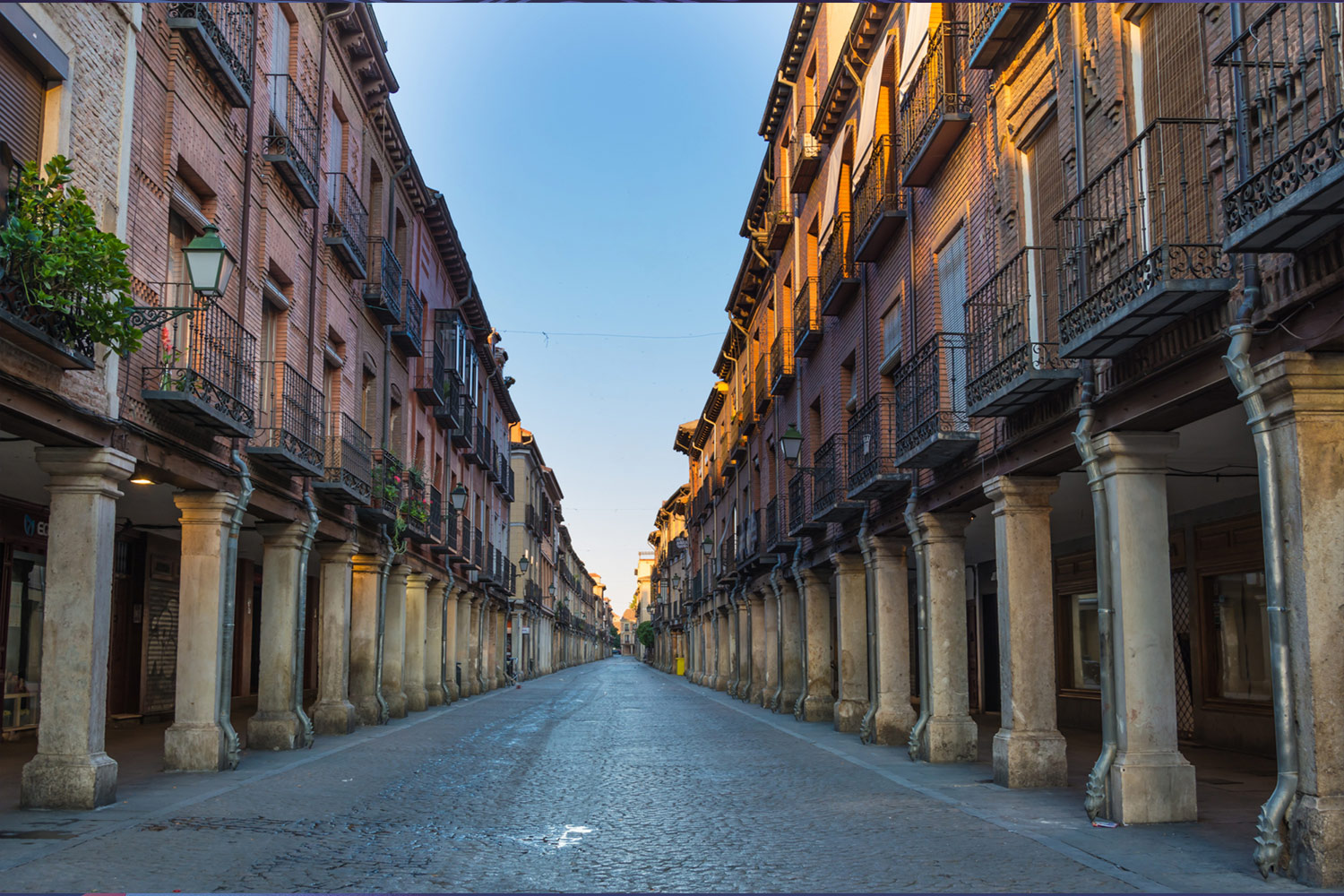 If you want to discover new stories, explore the Jewish, Christian and Muslim quarters of medieval Alcalá. Guided tours of the neighborhoods and the three cultures of Alcalá, a World Heritage City, are offered every day. What are you waiting for?

A tour through the streets and squares, temples, old markets and other emblematic places of the historic center of the city that made up the burg.

Discover the ancient locations of the mosque and synagogues, the kosher butcher's shop, merchants' areas, churches, trades and other places that gave their characteristic personality to a medieval town full of details and that was an example of coexistence. Some of the areas are unique.

The Main Street has a beautiful perspective with porches of various heights, depending on the age of the houses, each with unique characteristics according to the era to which they belong. With 390 meters, it is the longest arcade street in Spain and the second longest in Europe.

Dating back to the 12th century, known as Calle Mayor de la Judería, this area was the commercial center of Alcalá and still is today, a street full of activity and bustle.

Near the Main Street we find Santiago Street, where there are hardly any remains of the Muslim quarter, finding Christian buildings such as the Magistral Cathedral of the Holy Children Justo and Pastor and the Archbishop's Palace, both rebuilt, and dedicated to different uses over time. The University founded by Cardinal Cisneros in 1499 is probably one of the most representative places of the city.

These are just some of the magnificent places that you can visit on guided tours through the neighborhoods and the three cultures of Alcalá. Do not miss the opportunity to discover what was the ancient medieval city, a meeting point of cultures and an example of coexistence for centuries of Abrahamic religions. A history that will fascinate you.

More information: The three cultures in Alcalá de Henares since the 12th century.