Home/ Featured/ The Madrid of Cervantes 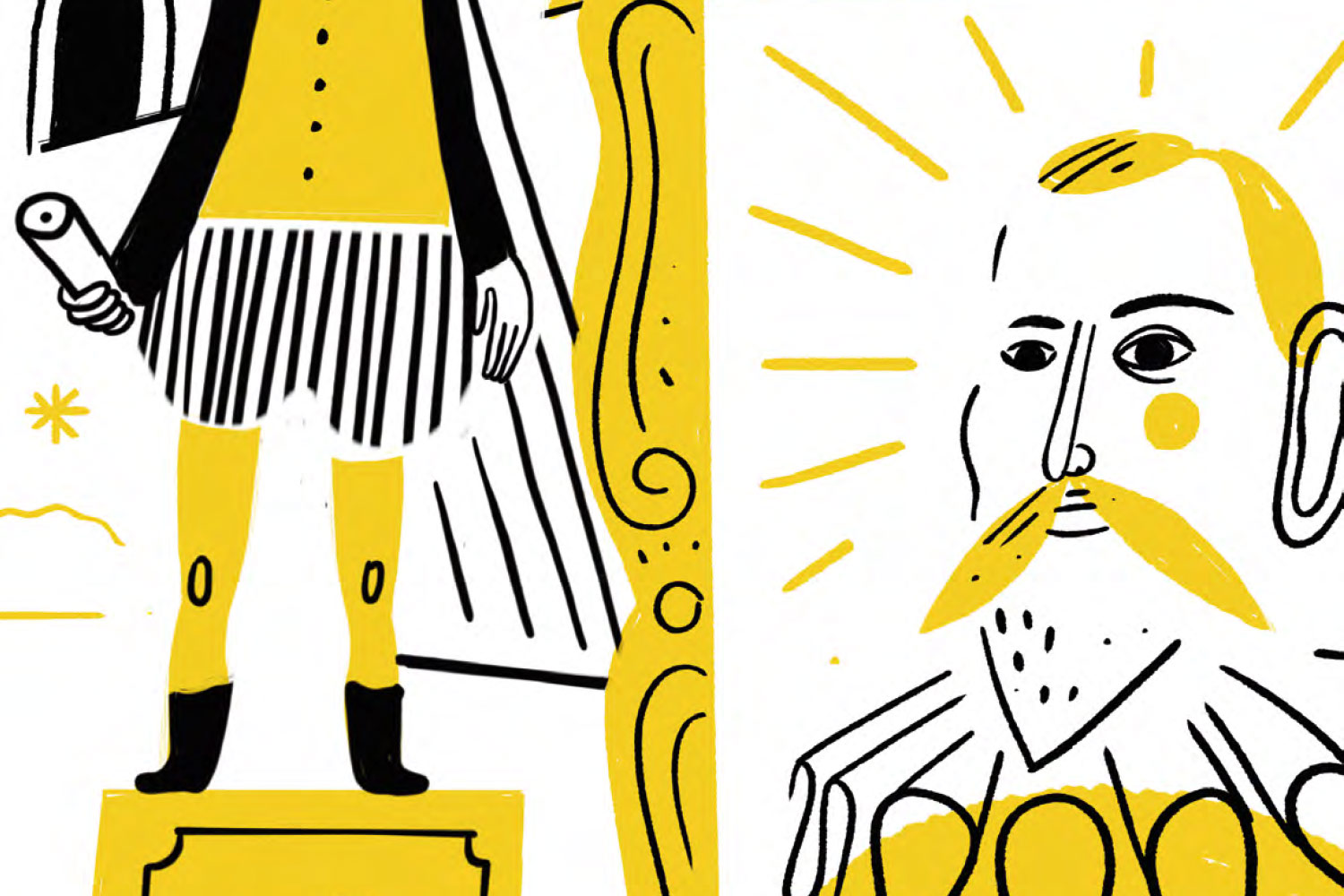 Miguel de Cervantes was undoubtedly one of the most famous residents of Madrid in the seventeenth century. Thus, its streets are full of memories of the writer and are home to a legacy worth remembering. For this reason, we propose "Cervantes' Madrid", a route through the places that still preserve a little piece of one of the great geniuses of literature.

The tribute begins at the house where Cervantes lived and died in Madrid's Barrio de Las Letras, where you can learn more about his passions and interests. There will also be a visit to the small church of the Trinitarias Descalzas convent in Madrid, where he is buried. Two essential stops that mark his life and death.

Currently you can also visit the writer's Birthplace Museum, his family home in the historic center of Alcalá de Henares, his hometown. The house museum recreates the customs, tastes and daily chores of the sixteenth and seventeenth centuries.

The next stop is the Plaza de las Cortes and its statue of Cervantes, whose pedestal housed a time capsule with several editions of Don Quixote, many documents and a biography of the writer.

There is no doubt that Don Quixote is one of Cervantes' best works and a treasure in world literature. For this reason, we suggest a visit to the Cervantes Society, today a National Monument and multidisciplinary cultural space, where the workshops of Juan de la Cuesta were located, where the first editions of the novel were edited and printed.

To recharge your batteries and continue getting to know the city, the best option is Casa Alberto. This traditional tavern, founded in 1827, is located in the same building where Cervantes lived and wrote, and is one of the most outstanding in Madrid for its typical dishes, its vermouth and the large number of mementos of the writer that decorate the walls.

The Estudio Público Humanidades, the institution where the writer learned; the figures of Don Quixote and Sancho Panza on the monument to Cervantes in the Plaza de España and the statues of Cervantes, Lope de Vega and Alfonso X El Sabio, the greats of Spanish literature, on the main façade of the National Library, are also worth a visit.

The route promises to transport you back to the Golden Age, so that it is Cervantes himself who accompanies you through his favorite places, tells you his stories, and uncovers the best-kept secrets in the corners of Madrid.