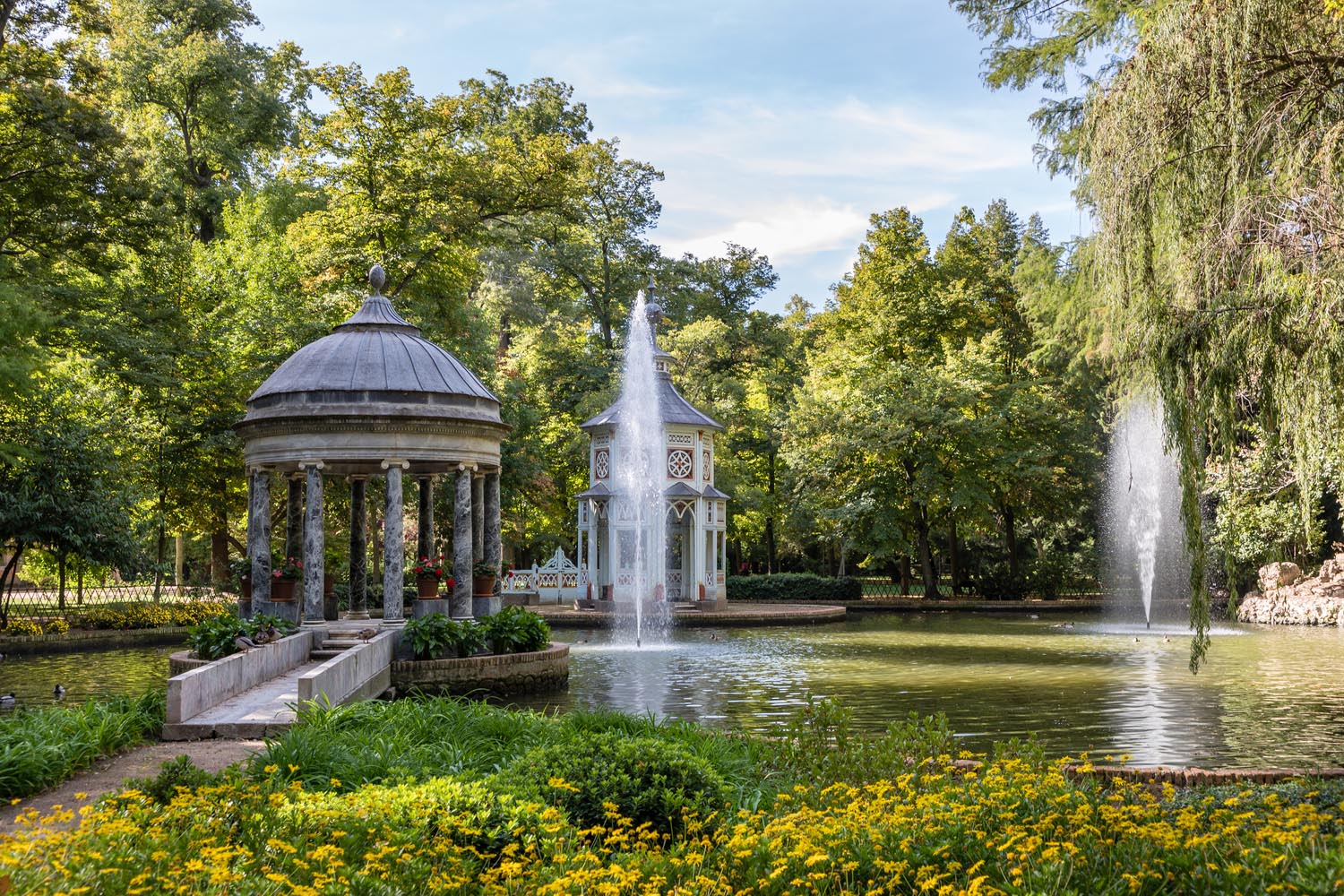 The Cultural Landscape of Aranjuez, declared a World Heritage Site by UNESCO in 2001, considering it a unique space of exceptional universal value, is included in the European Itinerary of Historic Gardens thanks to the Island Garden and the Prince's Garden, forming part of the select group of gardens considered as the legacy of European identity.

Surrounded by the waters of the Tagus, the Garden of the Island was ordered to be built by Philip II. It is a Renaissance garden of the sixteenth century dotted with octagonal squares and squares with fountains adorned with sculptures and sculptural groups of great beauty as the famous fountains of Hercules and Hydra, Apollo, the Child of the Thorn, Venus, Bacchus, Neptune or the Clock.

The Prince's Garden, the largest of the gardens, 150 hectares, is an English garden of the eighteenth century, the century in which the Royal Site was enriched by the Spanish Kings.

In addition to its landscapes and botanical wealth, the architectural ensembles such as the classical and Chinese pavilions of the Chinescos pond, the fountains of Apollo and Narcissus, the neoclassical palace of 'la Casa del Labrador' or the Museum of Royal Falúas in the vicinity of the Royal Embarcadero stand out.

The European Itinerary of Historic Gardens is one of the 40 cultural routes certified by the Council of Europe. This program is intended to give a vision of shared cultural heritage through the different European countries and cultures. This itinerary is composed of approximately 30 gardens.

Other gardens in Spain that are part of the itinerary are: the Heritage Gardens of the Alhambra and the Generalife, in Granada; Parc Samà, in Cambrils; and the Gardens of Santa Clotilde, in Lloret de Mar.

In short, the Cultural Landscape of Aranjuez is one of those places that must be visited. It is a striking grouping that includes both the palace and its ornamental gardens, as well as the historic center, tree-lined promenades and several unique buildings. And strolling through its gardens, at any time of the year, is a pleasure.