Home/ Featured/ Visit the Royal Sites of the Community of Madrid 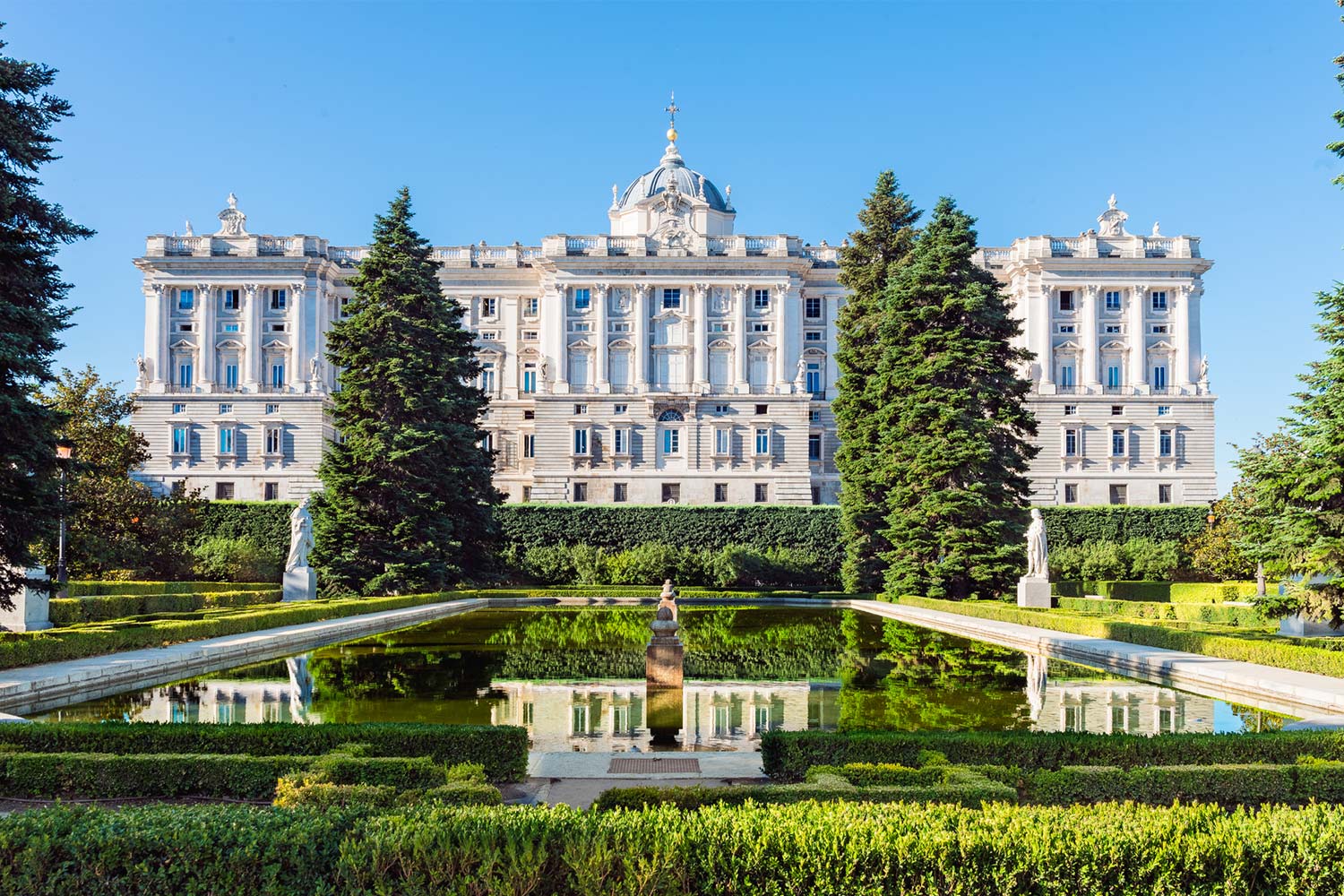 Since the time of the Habsburgs, the residences and places of entertainment of the Spanish Royal Family have been known as the Royal Sites. Most of them are located in Madrid and some of them have even been declared World Heritage Sites by UNESCO. In addition, as a novelty, rooms will be opened that until now were not included in the visits.

The Royal Palace of Madrid will open in an extraordinary way the so-called 'Ala de Bailén', a set of 7 rooms, among which are the Daily Dining Room, the Mirror, Tapestry and Weapons rooms, or the Official Chamber, which the public will be able to discover again after twenty-five years out of the tourist visit.

The Royal Monastery of San Lorenzo de El Escorial will also open exceptionally the Patio de los Evangelistas, an open-air space that can only be seen from the galleries, which is one of the most important parts of the monument, while visitors to the Royal Palace of El Pardo will have the opportunity to enter the Chapel and the Court Theater, a space created by Sabatini, and visitors to the Royal Palace of Aranjuez will be able to see the Theater of Charles III for the first time.

Undoubtedly, this initiative to halve the price of tickets, together with the "Extraordinary National Heritage" campaign, which until April 4 allows visitors to discover places that usually remain off the tourist routes, is a great opportunity to visit the Royal Sites of Madrid.

Do not miss this opportunity to visit such emblematic places of the Heritage and history of our country, you will love it!