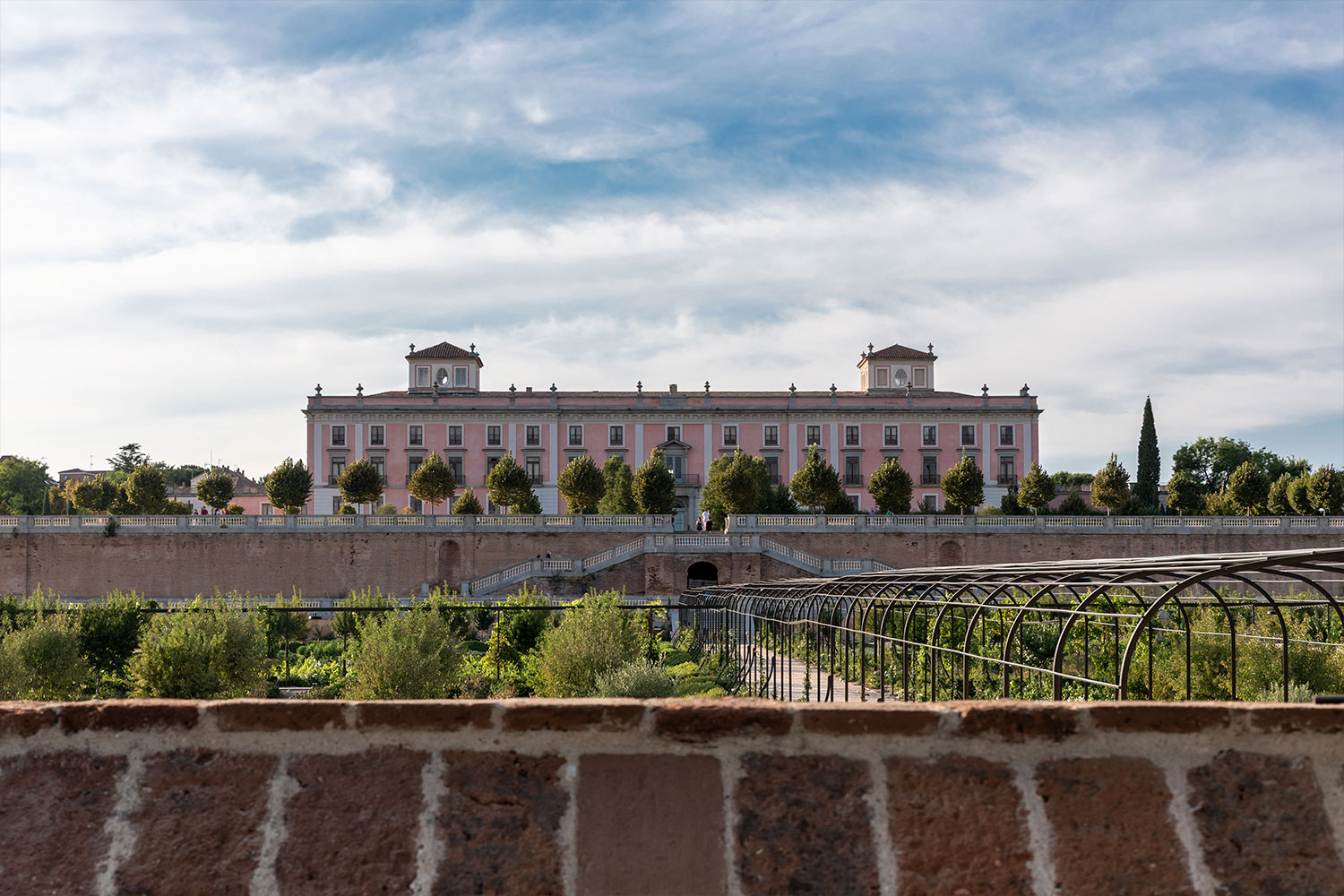 From March 27 to April 4, take the opportunity to enjoy the wonderful free guided tours of the Infante Don Luis Palace, one of the most important works of neoclassicism in Madrid. Learn about the history surrounding the palace and the lives of those who lived there.

The 18th century palace of Boadilla del Monte is the result of the transformation of a previous one, called Palacio de las Dos Torres. This was built in several stages by the owners of the town since the 17th century and later, in 1761, it was acquired by the Infante D. Luis de Borbón. The Infante commissioned the transformation of the Palace to the architect Ventura Rodriguez.

During the Civil War the palace was a barracks and hospital, and later a boarding school for girls of the Auxilio Social. In 1974, the Palace, its gardens and the Ventura Rodriguez Fountain were declared a Historic-Artistic Monument. In 1998 it was acquired by the City Council of Boadilla del Monte, which is currently restoring it.

Of special note is the tomb of María Luisa de Borbón y Vallabriga, known as the Countess of Chinchón, and the fresco paintings recently found by the restorers under a false plaster ceiling in the Countess's quarters, in a perfect state of preservation.

The visits will take place in three shifts, at 11:00, 12:00 and 13:00 hours, with a maximum of nine attendees in each one. Once the tour is over, attendees who wish may access the gardens and orchards. Visits to both spaces are free of charge. They are open every day except Wednesdays.

If you can not come, you can visit the rooms of the Palace through an immersive virtual tour.

The visits are available on a limited basis until April 4, so it is a unique opportunity to visit this beautiful palace. Do not hesitate!

This Easter you already have a plan!