Home/ Featured/ From Nishapur to Samarkand. Archaeology and art of medieval Persia. 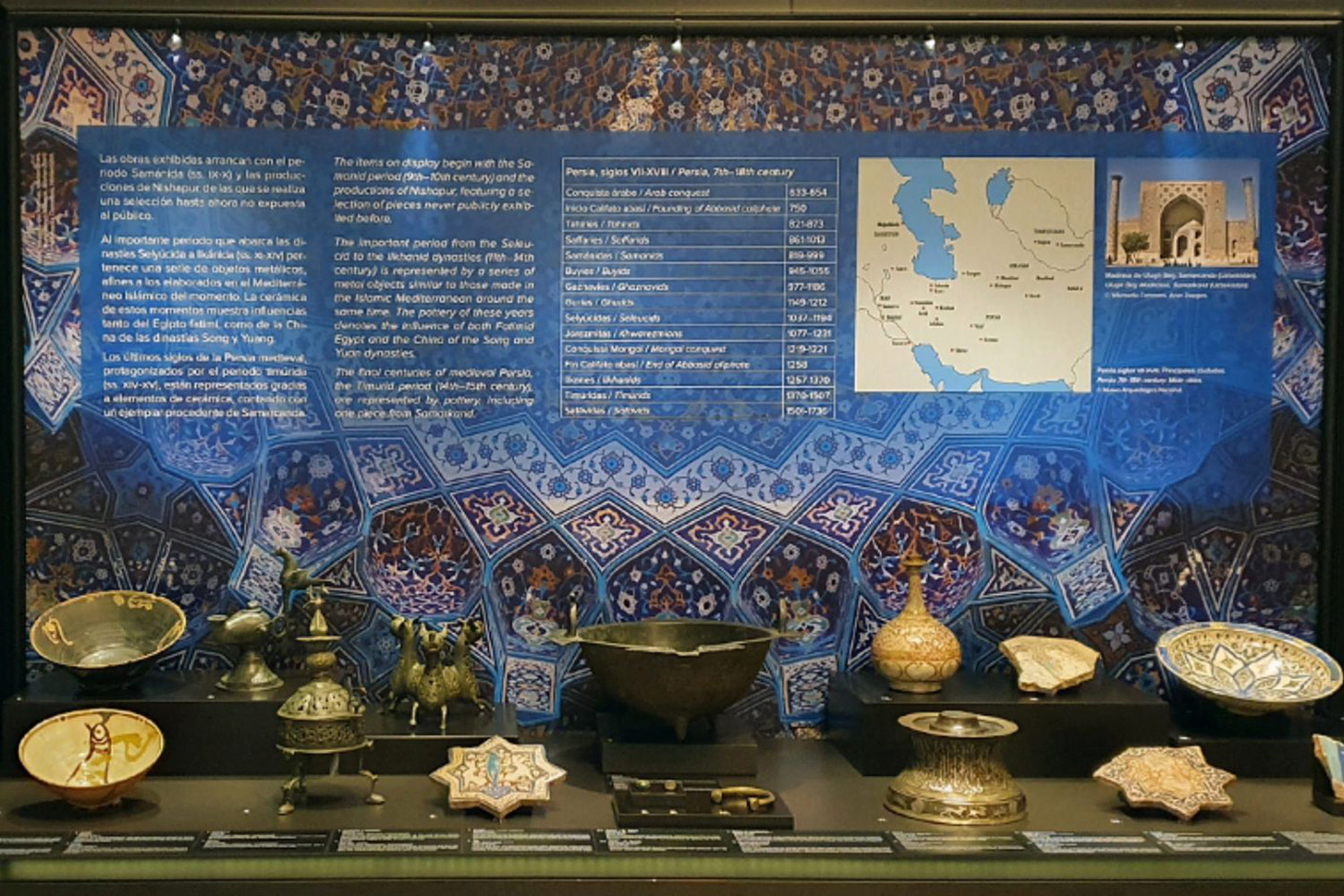 Until April 18 we recommend you visit the National Archaeological Museum (MAN), where a selection of great works, many presented for the first time to the public, are on display.

Vitrina Cero is the space destined to show these pieces and singular themes that complement the permanent exhibition.

The exhibition brings together different ceramic and metal works that show the high degree of quality and refinement achieved by the Persian culture in the centuries of the Middle Ages. The works on display begin with the Samanid period and the productions of Nishapur.

From the Seljuk to the Ilkhanid dynasties we find influences from both Fatimid Egypt and the Chinese Song and Yuang dynasties. In the last centuries of medieval Persia, an example from Samarkand stands out.

Throughout its more than 150 years of existence, the MAN has received Islamic works whose chronology covers the entire Middle Ages and part of the Modern Age, from the 7th to the 18th century. Among this wonderful sample, the Persian works occupy an essential place, both in quantity and quality, being the ceramic and metal works the best represented.

A perfect occasion to learn about Persian history and culture, a civilization that culturally influenced Europe and was a fundamental part in the creation of European medieval art.