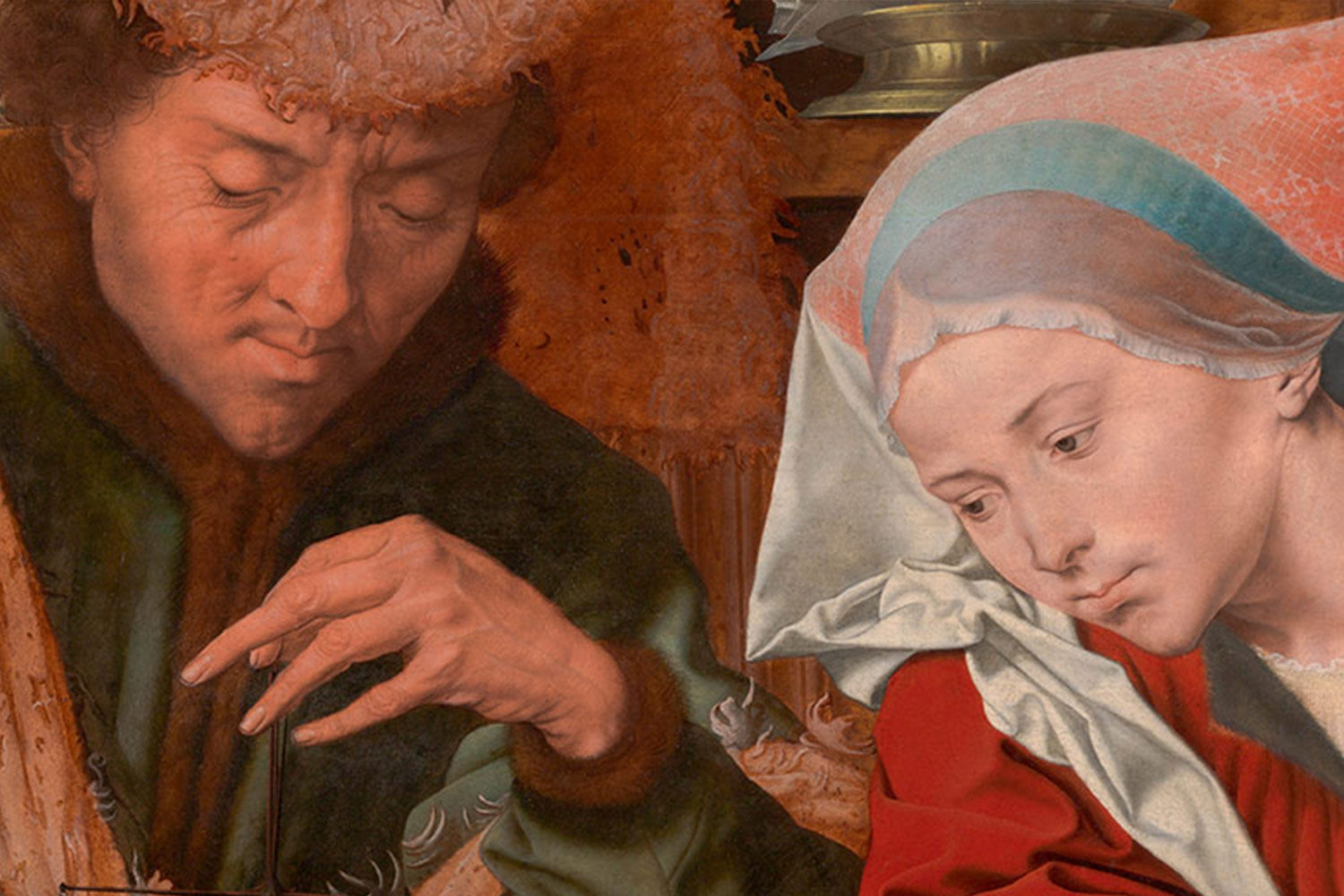 From March 9 to June 13 you can attend the first monographic exhibition dedicated to Marinus Van Reymerswale, at the Prado Museum. This is a Flemish artist of the first half of the 16th century, of whom the museum preserves the largest collection of his works.

Like many contemporary painters, Marinus specialized in both religious and secular subjects, although his portraits of great merchants and the gentry, mainly money changers, collectors and figures related to the financial world, which experienced a revolution in Antwerp, stand out.

These compositions, treated satirically, are a denunciation of corruption and human greed.

His works are presented together with other examples that show the innovative way in which the Flemish artist dealt with these themes. The most notable subjects are "The Tax Collector", preserved in the National Gallery in London, and the well-known "The Moneychanger and his Wife", preserved in the Museo Nacional del Prado in Madrid, of which several versions are known.

His meticulous and realistic style shows influences of artists such as Albrecht Dürer, Metsys with respect to the choice of subjects. In turn, some features of Leonardo da Vinci are also present in his caricatures.

Although the Dutch author reflected the concerns of the time in his canvases, like other Flemish painters of the Renaissance who showed the daily life and economic activity of the cities in which they lived, he also devoted importance to religious paintings. His work "St. Jerome" dealt with the vocation of St. Matthew, and with it he became the first Dutch author to opt for that theme.

Do not miss the opportunity to visit the first monographic exhibition of this author, very critical of the lack of values and corruption of his time and to whom many other works are attributed. Definitely an exhibition worth visiting!

Image credits: Marinus: painter of Reymerswale exhibition. Detail of "The Moneychanger and his wife"©Museo del Prado