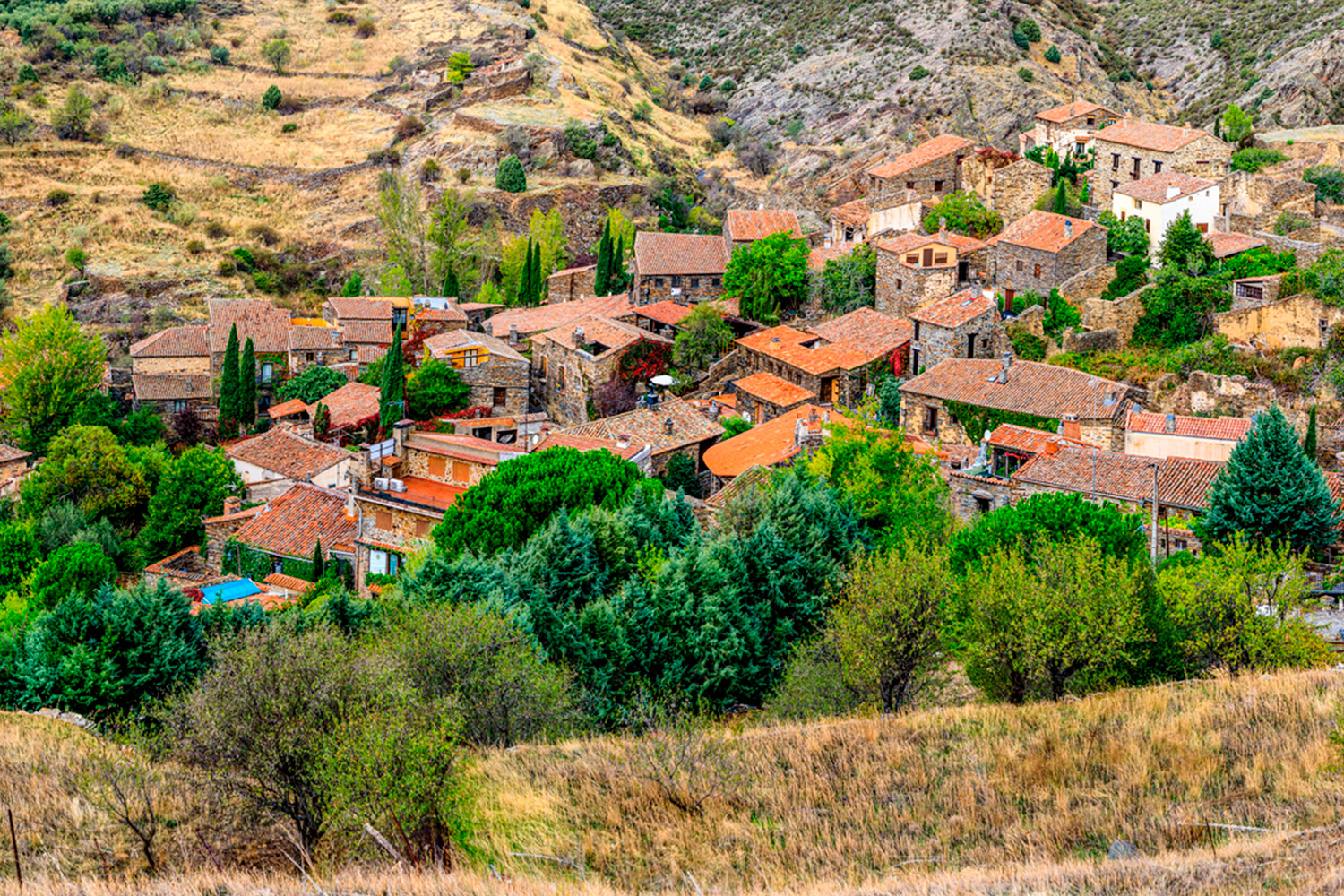 The "Territorio Museo" is a tourist and cultural route through the region of the Atazar reservoir, an extensive area where you can find some of the most spectacular enclaves of the Sierra Norte de Madrid, -the Sierra del Rincón Biosphere Reserve, the Montejo Beech Forest, a World Heritage Site, and the Sierra de La Cabrera-.

The route is an itinerary through eight villages and eight museums. In each mountain village, there is a small themed museum.

1. Stone Museum in Mangirón
As its name suggests, stone is the protagonist of this museum located in the old Mangirón washing place. In addition to the features of the washhouse and the stone, you can see stone constructions and the work in the quarries.

2. Museum of the Senses in Cervera de Buitrago
A sensory circuit, the so-called "tunnel of the senses" invites visitors to live an authentic sensory experience through sight, hearing, smell and touch. The museum has interactive elements adapted to each sense that allow visitors to receive stimuli and information, a benchmark for people with sensory abilities.

3. Museum of the Forge in Paredes de Buitrago
This museum is dedicated to the activity of the forge, a hearth used mainly to forge metals. Inside, it displays many elements linked to this activity: a chimney, the anvil and the bellows. On the outside, you can also see works related to the forge, such as the horseshoe rack.

4. The threshing floors at El Atazar
These threshing floors, dating from the 17th century, were used to winnow and thresh grain in the village of El Atazar. Nowadays, they have been renovated and make up a park to which they give their name and in which you can see utensils and figures relating to the activities that were carried out there.

5. Museum-Geological Classroom in Patones
Located in a site of great geological value, the museum contains different information panels on different aspects of geology. In addition, these panels are accompanied by a series of scale reproductions such as the Reguerilla Cave.

6. Museum of the Ways of Life of the Past in Robledillo de Jara
A tribute to the elements of the traditional culture of the area. Thanks to this museum, it is possible to learn about some of the trades of the past that are still forgotten today. This exhibition has several reproductions of different trades typical of the Sierra Norte.

7. Museum of Water and Hydraulic Heritage in El Berrueco
This museum is a real journey through the hydraulic potential of the Atazar reservoir over time. The installations and infrastructures built are shown by means of large-scale models and information panels.

8. Museum of Traditional Games in Serrada de la Fuente
A space in which replicas of traditional Castilian games and their historical and anthropological references are exhibited. In addition, the museum houses a vast permanent exhibition of these games, many of which are now forgotten, along with several recreational areas where it is possible to play petanque or horseshoes.