Home/ Featured/ ‘Delibes’ in the National Library of Spain 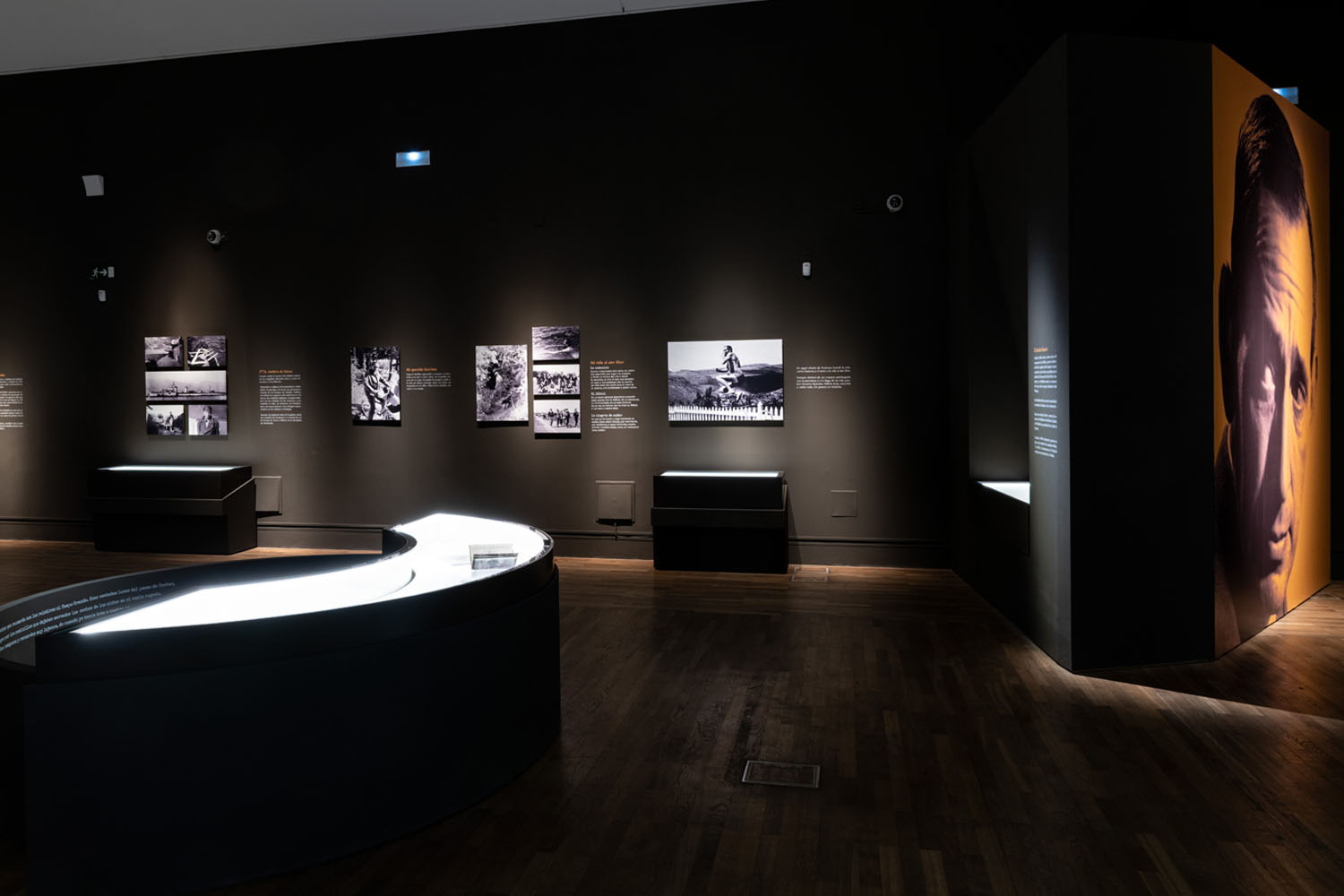 ‘Delibes’ in the National Library of Spain

On the occasion of the celebration of Miguel Delibes' centenary, the National Library of Spain is hosting until 15 November the exhibition 'Delibes', which explores the life and literary world of one of the most beloved, read and admired writers, with over 250 works from different institutions.

This year marks the centenary of the birth of the Valladolid writer Miguel Delibes, and the Biblioteca Nacional de España (National Library of Spain) joins the various tribute events that will take place during the year with this exhibition, organised by the own Library, the Fundación Miguel Delibes, Acción Cultural Española (AC/E), the Junta de Castilla y León, Ayuntamiento de Valladolid and Diputación de Valladolid.

With the aim of making the renowned writer known in a more intimate and personal way, the exhibition, curated by the journalist and writer Jesús Marchamalo, is divided into two sections. More than two hundred and fifty pieces, including original manuscripts of the writer's main works, his correspondence with other authors, first editions of his books, personal items and even photographs.

On the one hand, the public will delve into the more unknown aspects of Delibes' biography, such as his childhood, his life in the open air, his facet as a hunter and conservationist, or even the awards in recognition of his career translated into several prizes such as Miguel de Cervantes Prize, Prince of Asturias Award of Letters, Nadal Prize, the honorary degree by the Sarre University, in Germany, or the distinction as Chevalier de l'ordre des Arts et des Lettres of the Government of the French Republic, among others; on the other, the exhibition will review the work of this prolific writer, who has left us unforgettable titles such as 'La sombra del ciprés es alargada', 'El camino', 'Las ratas', 'Cinco horas con Mario', 'Los santos inocentes', 'El hereje'...

A third exhibition hall displays the original manuscripts of some of his best-known books, accompanied by the opinions of prominent writers, in the voice of the actor José Sacristán, who give a good account of the meaning of the works at that time.

Don't miss the opportunity to get to know the work of one of the essential names in 20th century Spanish literature, who has become an intellectual and moral reference for his time and an example of honesty and commitment.

This weekend we recommend...

The art galleries of the Region of Madrid offer...

Here we are again, to surprise you with a new p...

The sixth edition of the sustainable progress f...

Reopening of the Naval Museum

After two years of being closed, the Naval Muse...

Jazz lovers are in luck, as another year during...