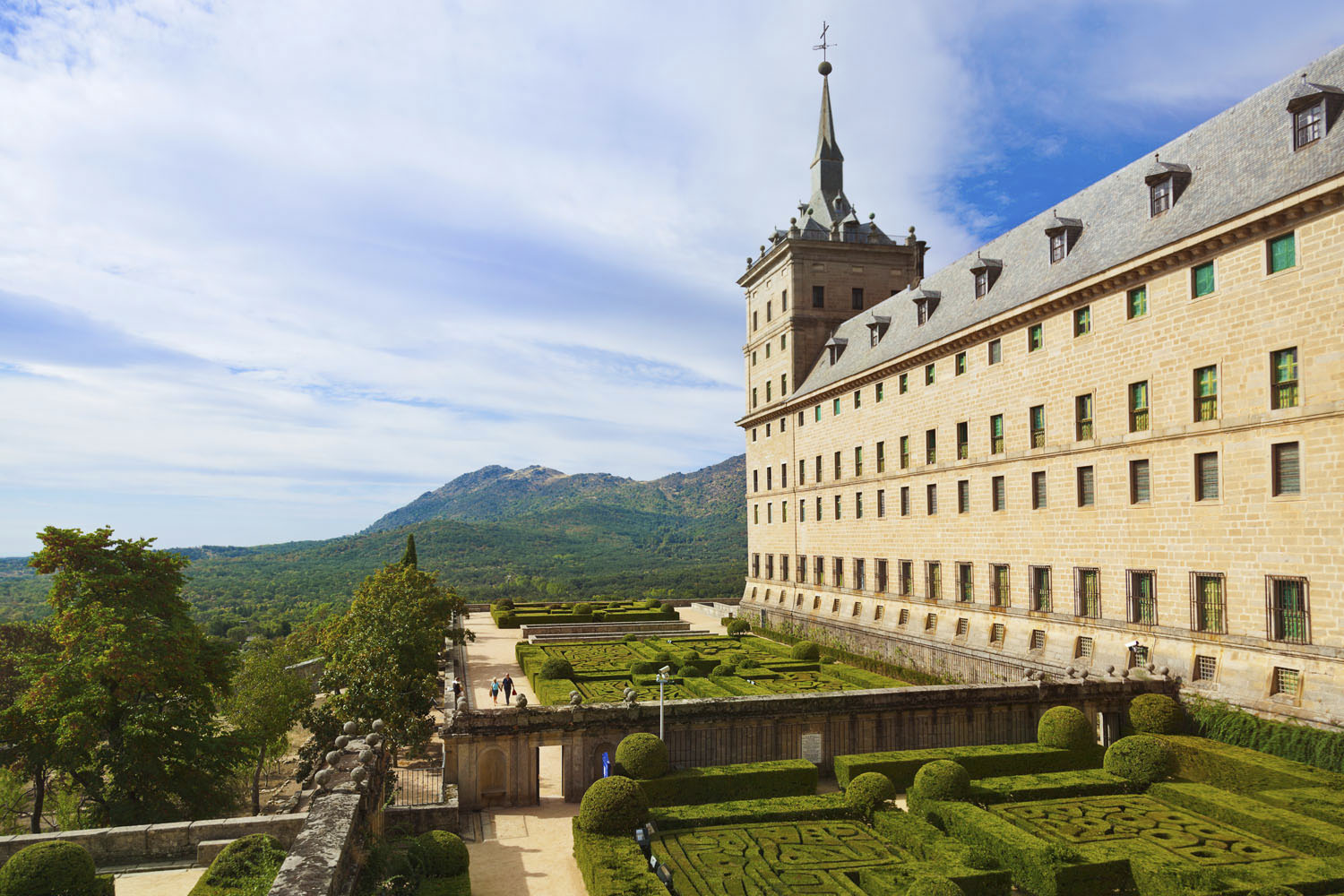 San Lorenzo de El Escorial is one of the most unique towns in the region, thanks to the beauty of its surroundings and its impressive artistic heritage. This week we are travelling there to explore it in a different way, through two urban routes that will allow us to travel to the past and get to know the different buildings from the 16th and 18th centuries. Will you join us?

A few kilometres from the capital, located in one of the most beautiful places in the Region of Madrid, is the town of San Lorenzo de El Escorial, whose Monastery and Royal Site were declared a UNESCO World Heritage Site on 2 November 1984.

Walking through its streets, you can breathe in the history of this municipality, once the residence of kings, which preserves most of its heritage intact, which is why it is well worth a visit.

From the Town Hall, we are invited to explore the town through different routes for all audiences, some of them through nature, which give a good account of the beauty of the environment as corroborated by the great ecological value of the Herrería Forest, the Abantos Pine Grove, the Luis Ceballos Arboretum, and even the panoramic view from the natural observatory, popularly known as 'Silla de Felipe II' (Chair).

But on this occasion, we will focus on two urban routes of low difficulty in which, starting from the Tourist Office of the municipality, we will travel through two centuries of our history through the different buildings that we will find on our way.

On the one hand, the route through the 16th century will take us to the Royal Monastery of San Lorenzo de El Escorial, a place you can access, visiting the Basilica, the Friars' Garden, or the Convalescent Gallery, among other points of interest. With this route, and after visiting a viewpoint from which you can immortalize your visit, you will also visit the aforementioned Herreria Forest, the beautiful neighbourhood of El Plantel, the Jacometrezo House, the House of the Slates, or the House of the Doctors, to finish at the House of Crafts. In this link you will find the complete tour, so you can do it at your own pace.

On the other hand, with the route through the 18th century we will go to the Royal Coliseum of Carlos III, the oldest theatre in Spain and one of the most beautiful. From there we will walk to see the so-called 'Fonda de los Milaneses', the House of D. Francisco Martínez de Sobral, until we reach the Royal Quarters of the Spanish and Walloon Infantry. Don't miss the 'Cocheras del Rey', which houses the History and Carriage Museum, the San Carlos Hospital, and the 'Casitas del Infante and del Príncipe' among other interesting buildings. From here you can follow all the points of the route in order, and make this beautiful journey through time. What are you waiting for?