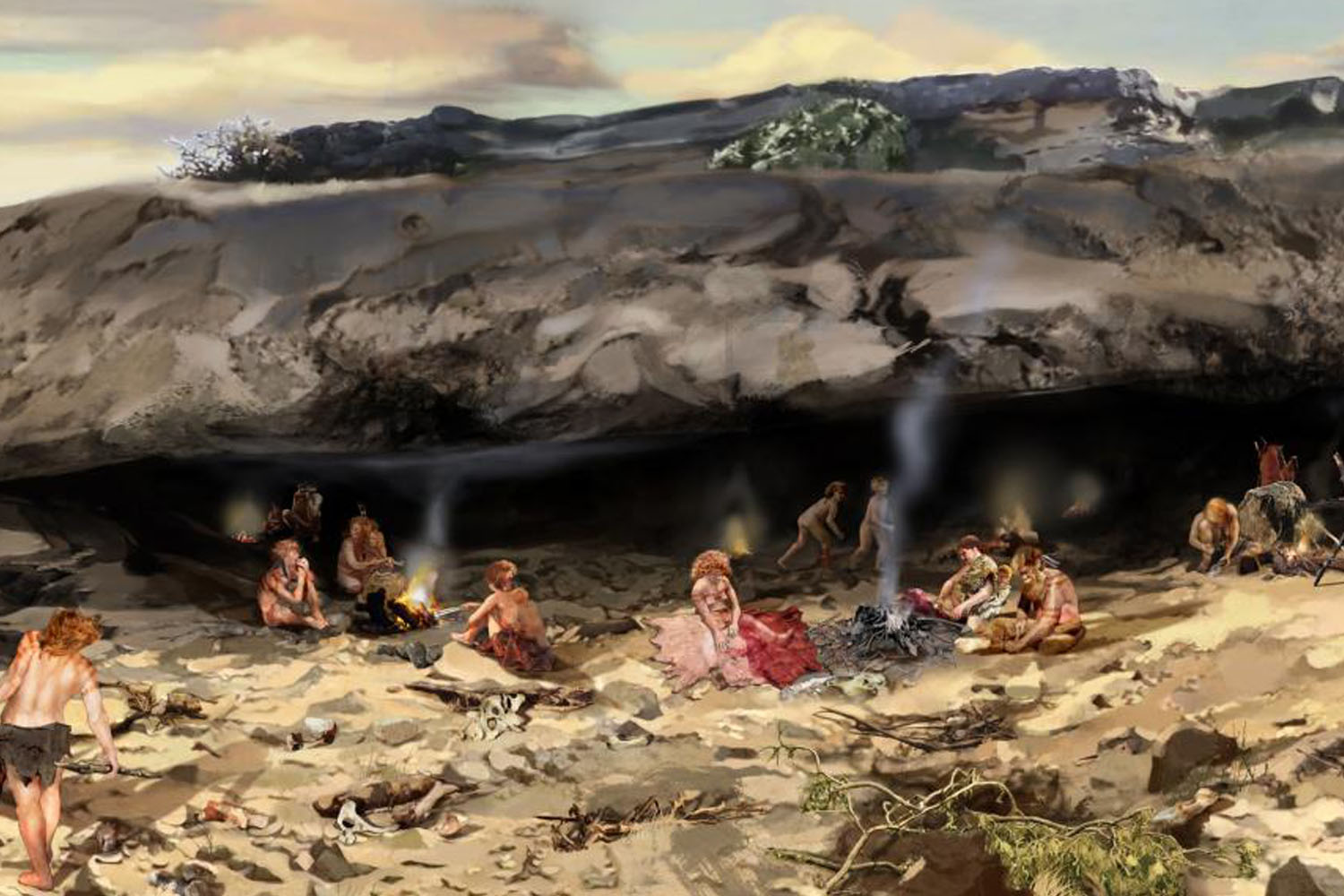 Pinilla del Valle treasures in its surroundings the presence of several archaeological sites of great value, which come from the Quaternary as fossil remains, anthropological remains of Neanderthals, fossils of vertebrates from the Upper Pleistocene. This area is considered to be the most complete in the Iberian Peninsula, and offers guided tours by the professionals leading the research project.

After the break imposed by the health crisis, the Region of Madrid has reopened to the public the Valley of the Neanderthals site, where guided tours can be enjoyed again.

The two-hour tour visits the archaeological sites, Cueva del Camino, Cueva Descubierta, Cueva de la Buena Pinta and El Abrigo de Navalmillo. During the course of the journey you can appreciate the Neanderthal man's way of life, his customs and hunting. The anthropological remains found here represent discoveries of incalculable value on a global level.

The growing interest that this place represents, has served for the Region of Madrid to announce the imminent construction of an Interpretation Centre, sponsored by the Ministry of Culture and Tourism. This building will consist of different thematic rooms, in which it will be possible to find from the original molds of the found remains, to static multimedia content and informative videos that the scientific team of the site has compiled throughout these years of investigation.

This August, under the leadership of the co-director of the Atapuerca site and Paleontologist Juan Luis Arsuaga, under the promotion of the Region of Madrid, the campaign of new excavations will take place, in which a hundred archaeologists, paleontologists and geologists will work to understand the economy and behaviour of the Neanderthals. In addition to these findings, remains of hominids have been found, which inhabited the surroundings of a valley rich in vegetation and animal species such as hyenas, bears, lions, bisons and rhinoceroses.